Accessibility links
Texas On 'High Alert' After District Attorney's Killing : The Two-Way Security has been beefed up around prosecutors in Kaufman County, where the district attorney and his wife were killed over the weekend. Their deaths followed the murder of an assistant district attorney in January. Other state prosecutors have also been warned to be careful.

From the NPR Newscast early Monday 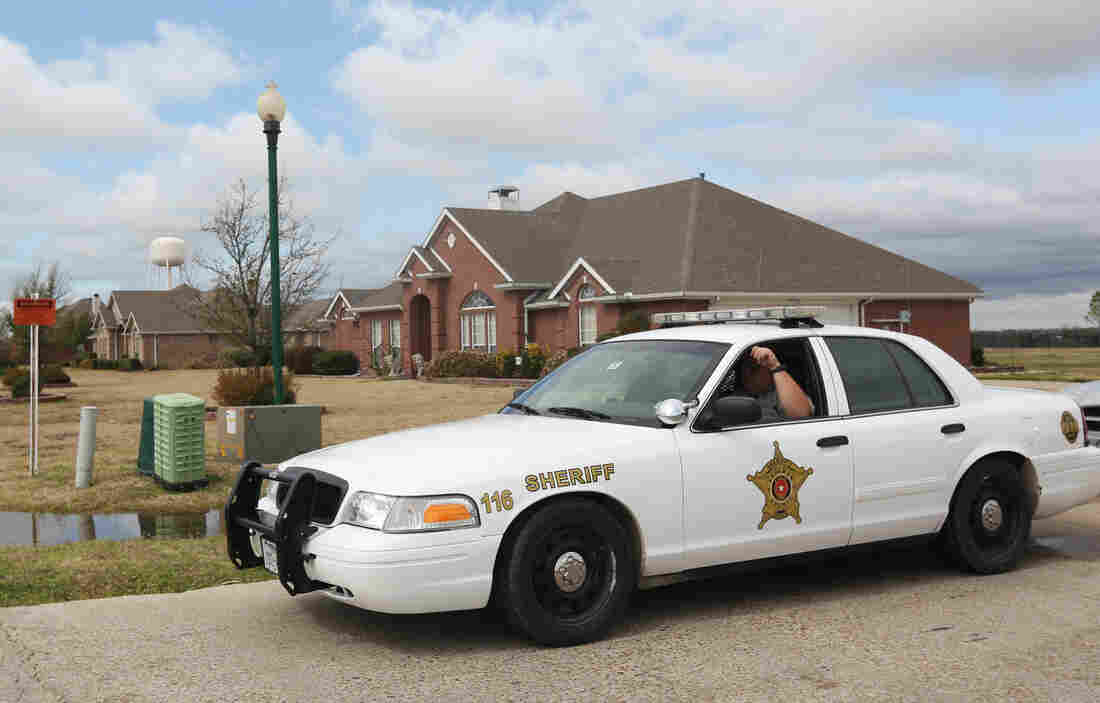 In Forney, Texas, Kaufman County Sheriff's deputies are on the lookout after the killings of Kaufman County District Attorney Mike McLelland and his wife in their Forney home. Mike Fuentes/AP hide caption 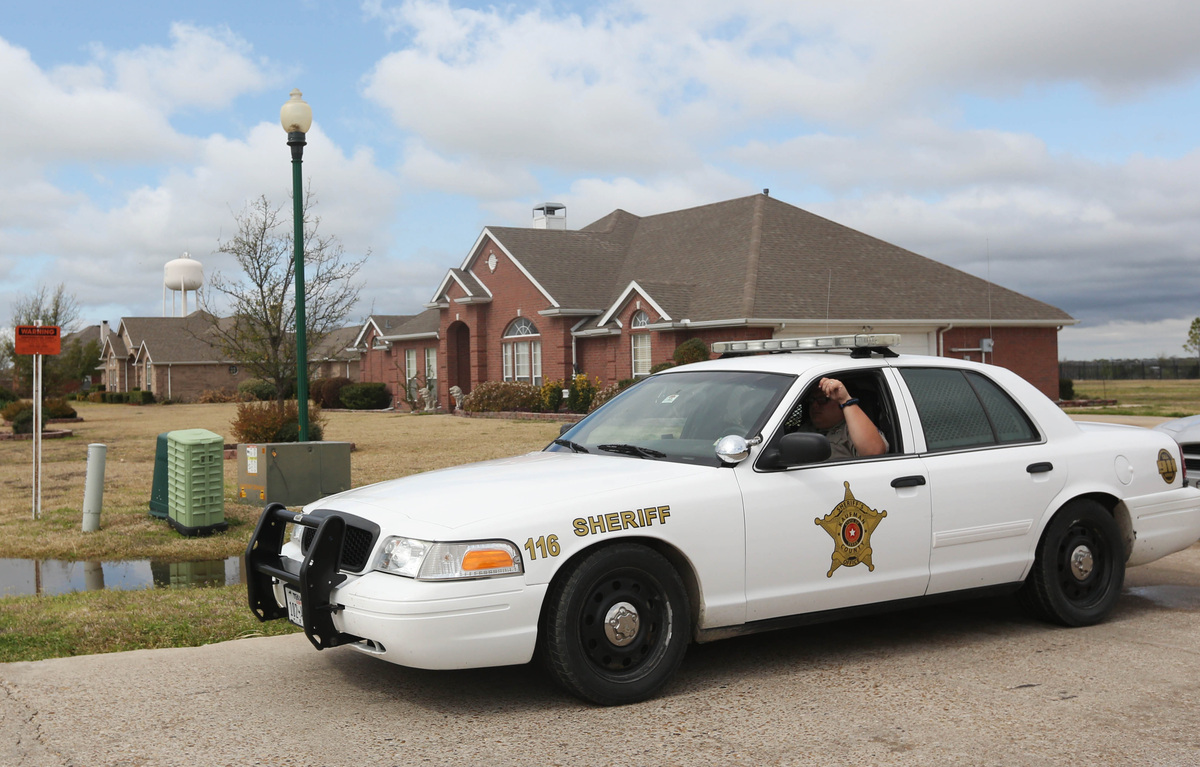 In Forney, Texas, Kaufman County Sheriff's deputies are on the lookout after the killings of Kaufman County District Attorney Mike McLelland and his wife in their Forney home.

"Security is high this morning for both elected officials and employees" in Kaufman County, Texas, after the shooting deaths of District Attorney Mike McLelland and his wife Cynthina, KERA reports.

There's concern, as we reported Sunday, that the deaths may be related to the Jan. 31 killing of Assistant District Attorney Mark Hasse.

That concern extends beyond Kaufman County, which is part of the Dallas-Fort Worth metropolitan area. WFAA-TV says that "prosecutors across the state have been warned to be on guard."

Still, WFAA adds that while there has been speculation that the January killing (and now this weekend's) "might have been the work of a white supremacist prison gang in Texas," the 63-year-old McLelland had previously downplayed the supposed threat from such a group:

"He told News 8 in a recent e-mail that Hasse, '... had received no threats from any prison gang. ... he sure wasn't scared of anyone he prosecuted' and that 'his dealings with Aryan Brotherhood cases we handled was strictly peripheral.' "

From the NPR Newscast early Monday

And KERA's Bill Zeeble, who also reported Monday for Morning Edition, says that Kaufman County Sheriff David Byrnes wasn't ready Sunday "to tie the Kaufman County deaths together. In fact, this is the third killing of a prominent law official this year. In addition to the two Texas prosecutors, the chief of the Colorado prison system, Tom Clements, was shot at his front door two weeks ago."

Still, The Dallas Morning News says in a paywall-protected story that McLelland's killing "is likely to turn up the heat on the notorious Aryan Brotherhood of Texas prison gang," according to law enforcement sources.

The bodies of Mike and Cynthia McLelland were found in their home Saturday evening. According to The Associated Press, since his assistant's murder in January, "McLelland carried a gun everywhere, even when walking the dog."

KETR is among the other news outlets following developments.