Accessibility links
Patent Ruling In India Could Boost Exports Of Cheap Medicine To Third World : The Two-Way Novartis lost its bid to patent one of its cancer drugs. Indian authorities say the drug is too much like an earlier version. Novartis says the ruling may dampen drug companies' willingness to work in India. Others say the ruling will help make less expensive drugs available to the world's poor. 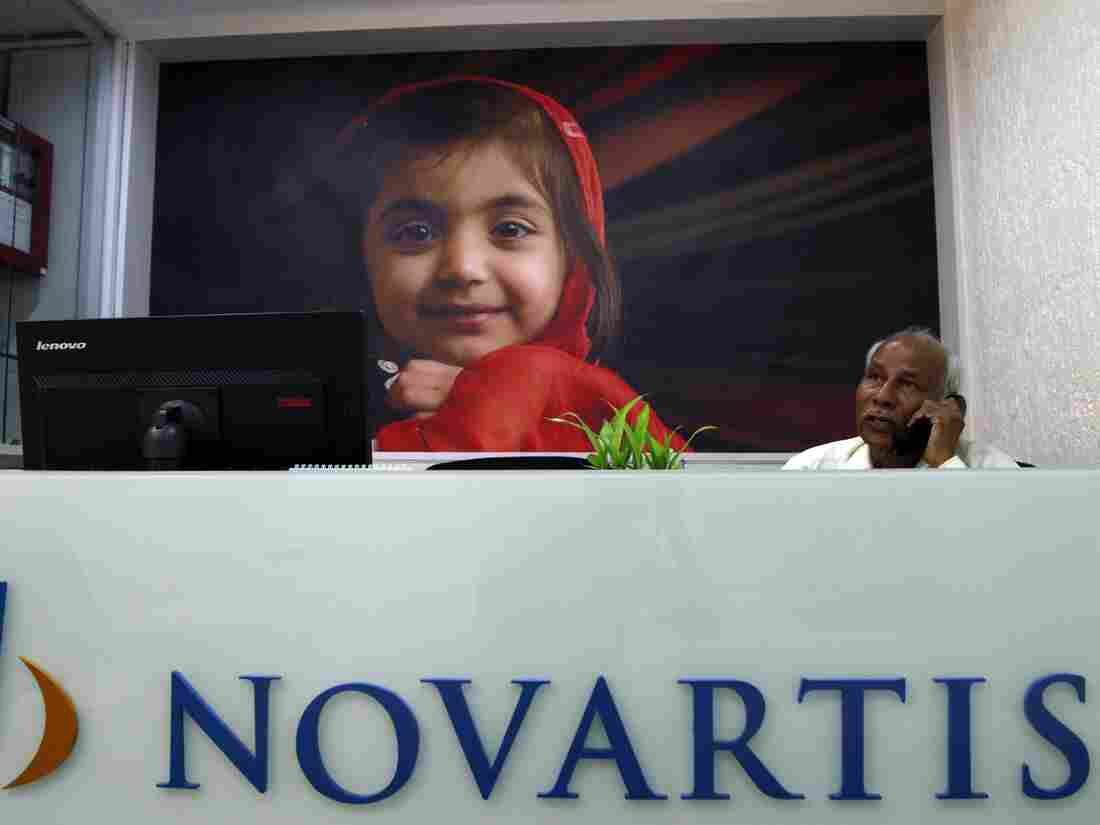 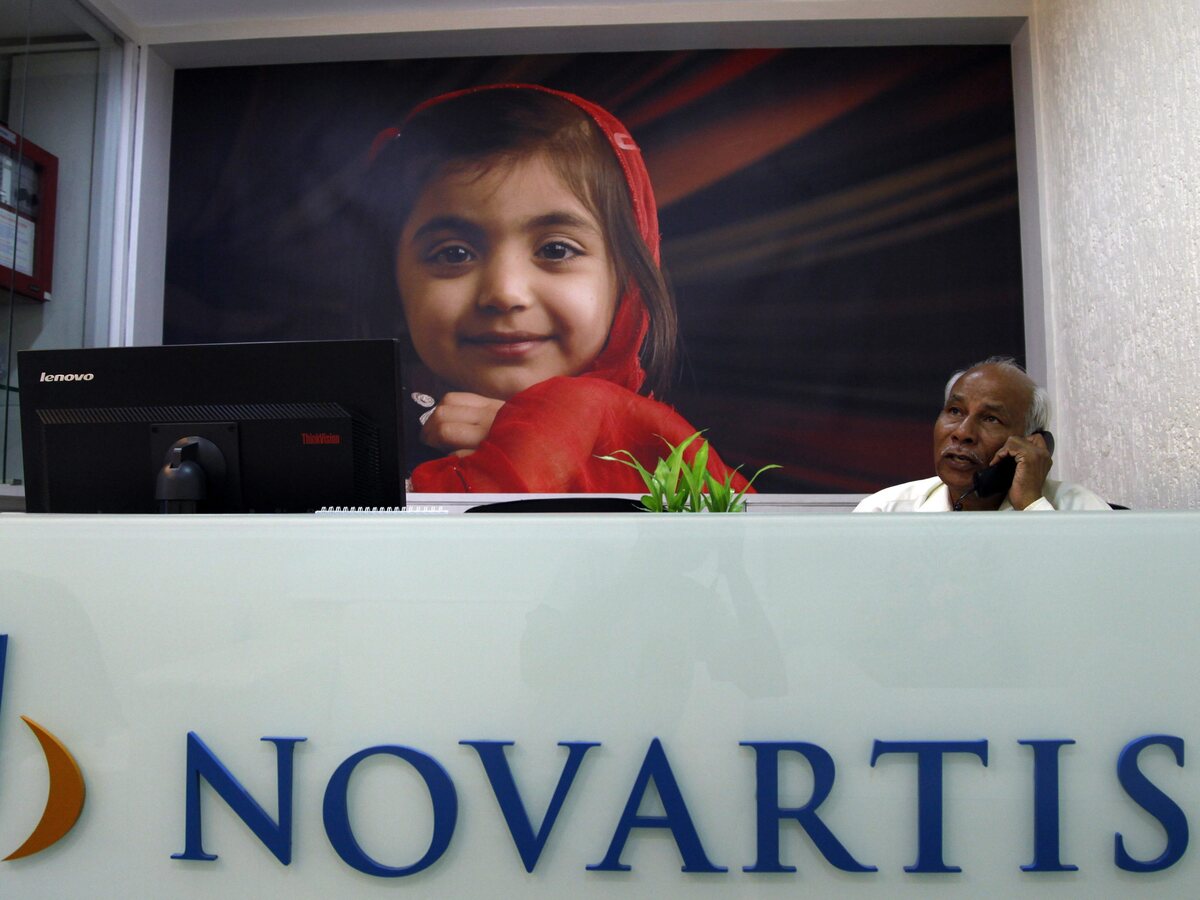 A Novartis office in Mumbai, India.

A decision by India's Supreme Court to reject Novartis AG's bid to patent a version of one cancer drug could lead to more exports of cheap medicine from that country to "poor people across the developing world," the BBC writes.

"The case highlights the cost difference between foreign pharmaceutical firms looking to protect their investments and local generic competitors copying and selling drugs for a fraction of their original cost. Novartis' drug, known as Glivec, was a breakthrough treatment in the 1990s for leukemia. It costs about $2,500 a month. The generic version: a couple hundred dollars. When the Swiss drug-maker sought a new patent, Indian officials said it was not changed enough to qualify as a new drug."

Novartis, as The Associated Press reports, "has previously said that patent protection is crucial to fostering new drug research and innovation and has suggested that Indians could be denied access to its new medicines if it believes its patents won't be protected."

Indian authorities, though, ruled that in this case Novartis was applying for protection of a drug that was not substantially different than an earlier version. Under Indian law, companies are prevented from getting new patents if they make only minor changes to an existing medicine — a practice known as "evergreening," the AP adds.

Brook Baker, a law professor at Northeastern University, "said he doubts the pharmaceutical industry will pull back much on its investments in India based on the decision," Bloomberg News writes. "The country will still grant 20 year patents on new, innovative drugs and a growing middle class with chronic diseases will provide many business opportunities, he said."

And The Wall Street Journal adds in a paywall-protected story that "Gopal Dabade of All India Drug Action Network, an India-based non-profit group that works for access to essential medicines, said the ruling will allow Indian generic manufacturers to continue to supply Indians and consumers in other developing countries with cheap medicines."