Accessibility links
Egypt Ratchets Up Case Against Satirist, Threatens To Close TV Station : The Two-Way Opponents of President Morsi say Bassem Youssef's questioning, along with arrest warrants issued against five anti-government activists, demonstrate a campaign by the president to intimidate his critics. 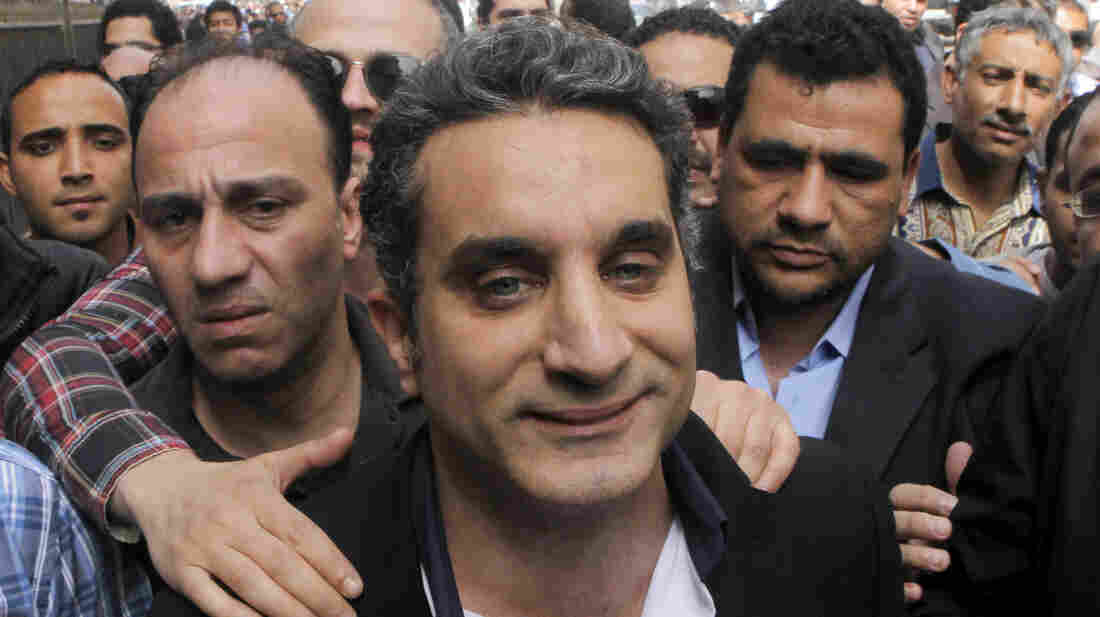 A bodyguard secures popular satirist Bassem Youssef, who has come to be known as Egypt's Jon Stewart, as he enters Egypt's state prosecutors office on Sunday. Amr Nabil/AP hide caption 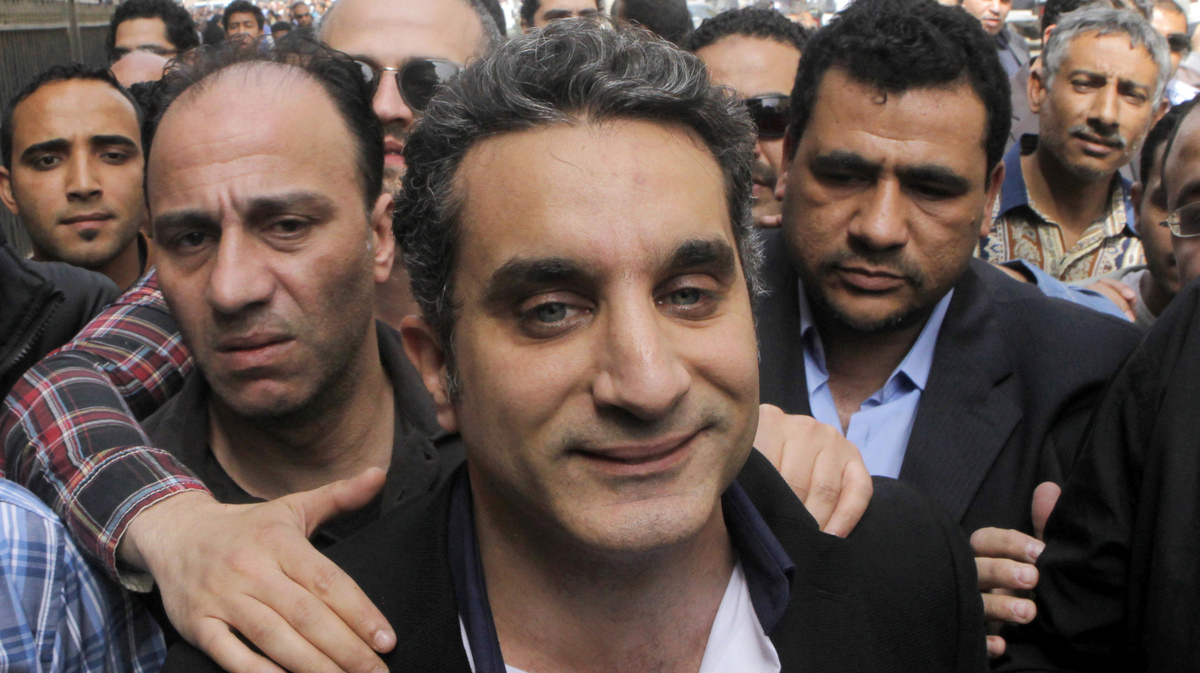 A bodyguard secures popular satirist Bassem Youssef, who has come to be known as Egypt's Jon Stewart, as he enters Egypt's state prosecutors office on Sunday.

Egyptian authorities are stepping up efforts against a popular TV comedian known as the "Egyptian Jon Stewart" and are now threatening to revoke the license of the private TV station that airs his weekly program.

As we reported Sunday, satirist Bassem Youssef was questioned for five hours over accusations he insulted Egyptian President Mohammed Morsi and Islam.

On Monday night's episode of The Daily Show, Jon Stewart defended Youssef, who has been a guest on his Comedy Central show. He criticized Morsi and said it was undemocratic to prosecute the Egyptian comic.

The case even elicited a response from U.S. State Department spokeswoman Victoria Nuland on Monday, who said Youssef's arrest highlights a "disturbing trend" of growing restrictions on freedom of expression in the country.

"There does not seem to be an even-handed application of justice here," Nuland said, adding that the Egyptian government has been sluggish in its response to reports of police brutality and attacks on anti-Morsi protesters.

The Muslim Brotherhood's Freedom and Justice Party denounced Nuland's comments as "blatant interference" in Egypt's internal affairs, according to the AP. Morsi's office also responded, tweeting that it was "inappropriate for a diplomatic mission to engage in such negative political propaganda."

"U.S. Secretary of State John Kerry widened the criticism, warning that Egypt is at a 'tipping point.' He told reporters Tuesday, 'It is our hope that there is still time to be able to turn the corner. Recent arrests, the violence in the streets, the lack of inclusivity with respect to the opposition — in public ways to make a difference to the people of Egypt — are all of concern today.' Kerry added that the U.S. is not supporting one man or one party of Egyptians; rather, 'the dreams that they have tried to put into reality through their election and through their faith in the democratic process.' "