Accessibility links
In Solidarity With Furloughed Workers, Obama Will Give Up 5 Percent Of His Salary : The Two-Way Obama's move comes a day after Defense Secretary Chuck Hagel announced he was cutting his pay. The moves put pressure on other cabinet members to follow suit.

In Solidarity With Furloughed Workers, Obama Will Give Up 5 Percent Of His Salary

In Solidarity With Furloughed Workers, Obama Will Give Up 5 Percent Of His Salary 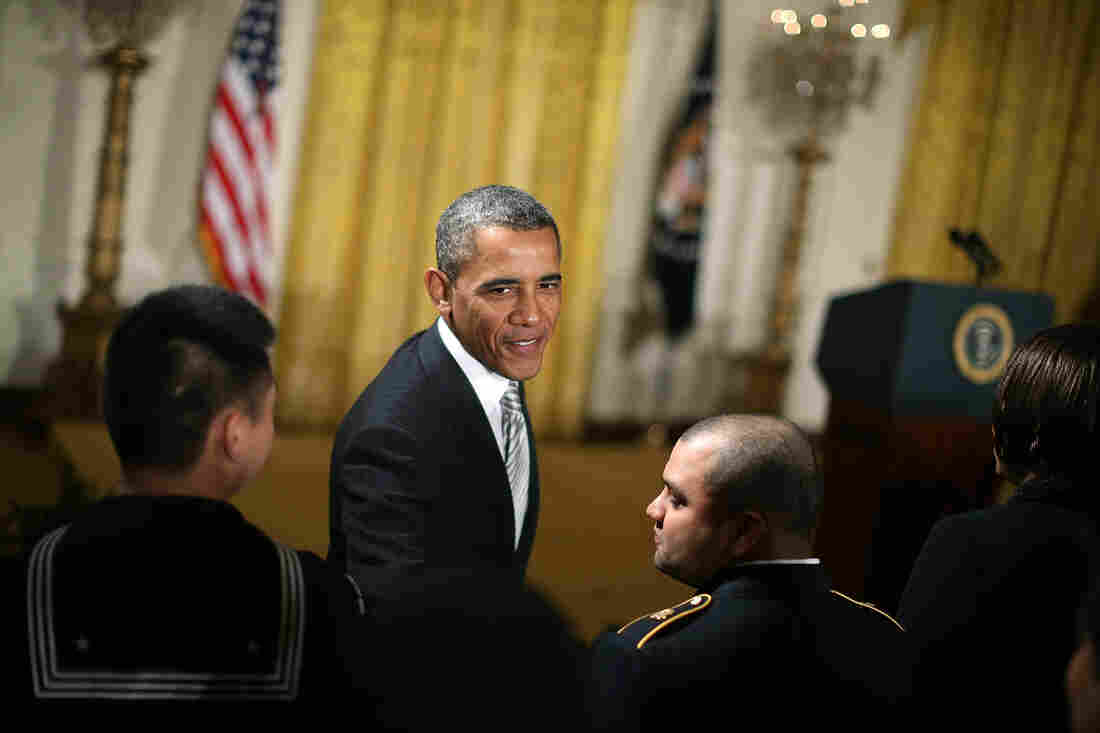 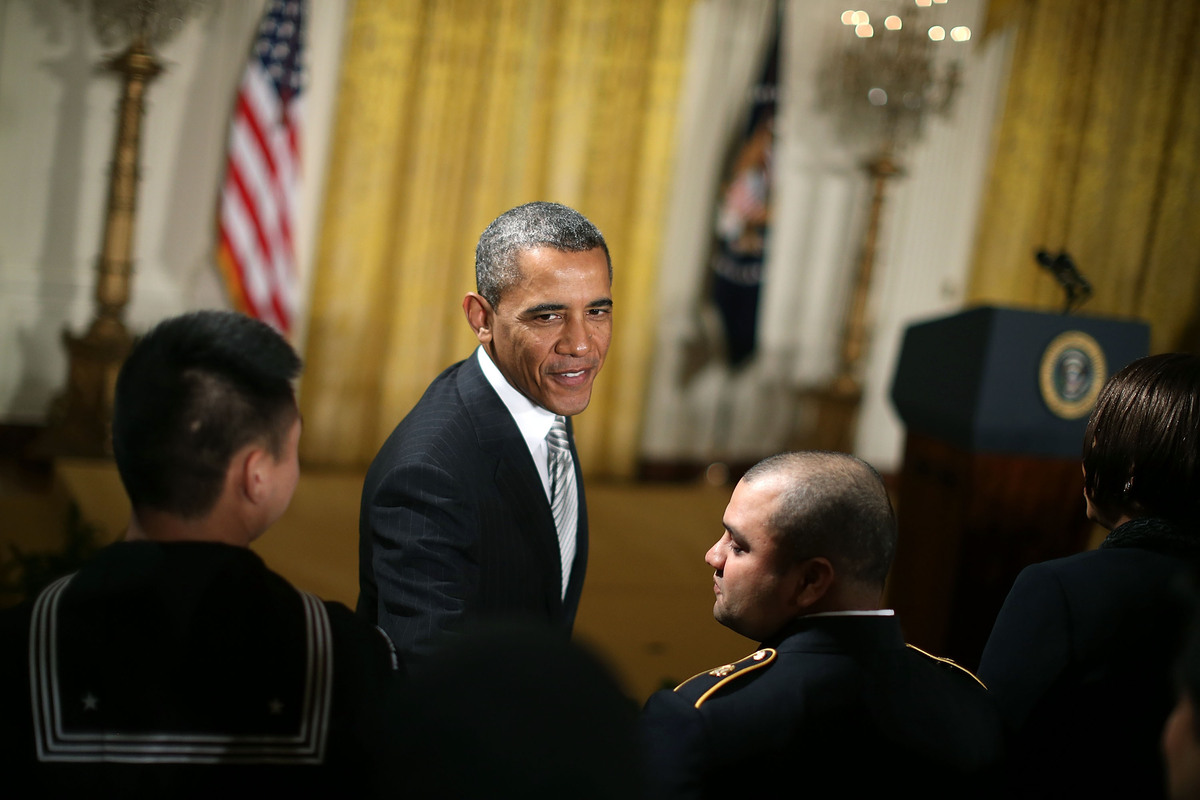 U.S. President Barack Obama greets newly sworn in United States citizens during a naturalization ceremony in the East Room of the White House on March 25, 2013 in Washington.

In an effort to show solidarity with furloughed federal workers, President Obama will give up 5 percent of his salary — $20,000 — this fiscal year.

"Obama, whose $400,000 annual salary is set in law and can't officially be changed, will write a check made out to the U.S. treasury every month beginning in April. Since the mandatory across-the-board spending cuts went into effect March 1, his payment for last month will be paid retroactively.

"'The president has decided that to share in the sacrifice being made by public servants across the federal government that are affected by the sequester, he will contribute a portion of his salary back to the Treasury,' the [White House] official said."

Obama's move comes a day after Defense Secretary Chuck Hagel announced he was cutting his pay.

Because of the sequester, Pentagon employees have to take 14 days of unpaid leave. Hagel said he would give up 14 days or $10,750 of his salary.

"The moves by the president and defense secretary may put pressure on other federal officials to follow suit. The White House would not say whether Vice President Joseph R. Biden Jr. would give back part of his $230,700 salary.

"On Wednesday afternoon, even as the president's decision was being reported, Senator Mark Begich, Democrat of Alaska, announced that he also would voluntarily give back part of his salary and that more than half of his staff members would have their pay cut this year even though the sequester does not include members of Congress or their aides."