Accessibility links
UPDATE: Lance Armstrong Withdraws From Swim Meet After Objection Is Raised : The Two-Way The fallen superstar has been banned for life from most competitions because of doping charges. The U.S. Anti-Doping Agency's reach doesn't extend to U.S. Masters Swimming. But swimming's international authority objected to his planned participation. Then, Armstrong withdrew. 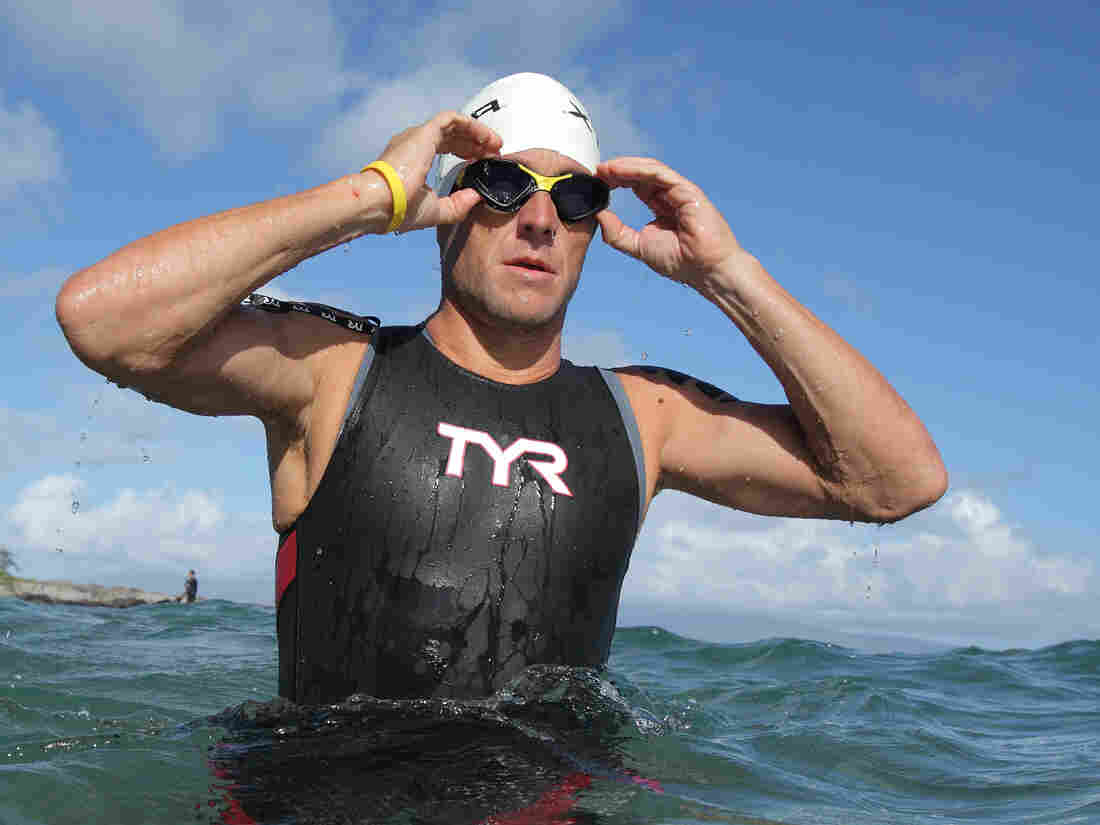 Lance Armstrong warms up for the swimming leg of the 2011 Xterra World Championship triathlon in Kapalua, Hawaii (before he was banned from most competitions). This weekend, he'll swim in a Texas meet for masters swimmers. Hugh Gentry /Reuters /Landov hide caption 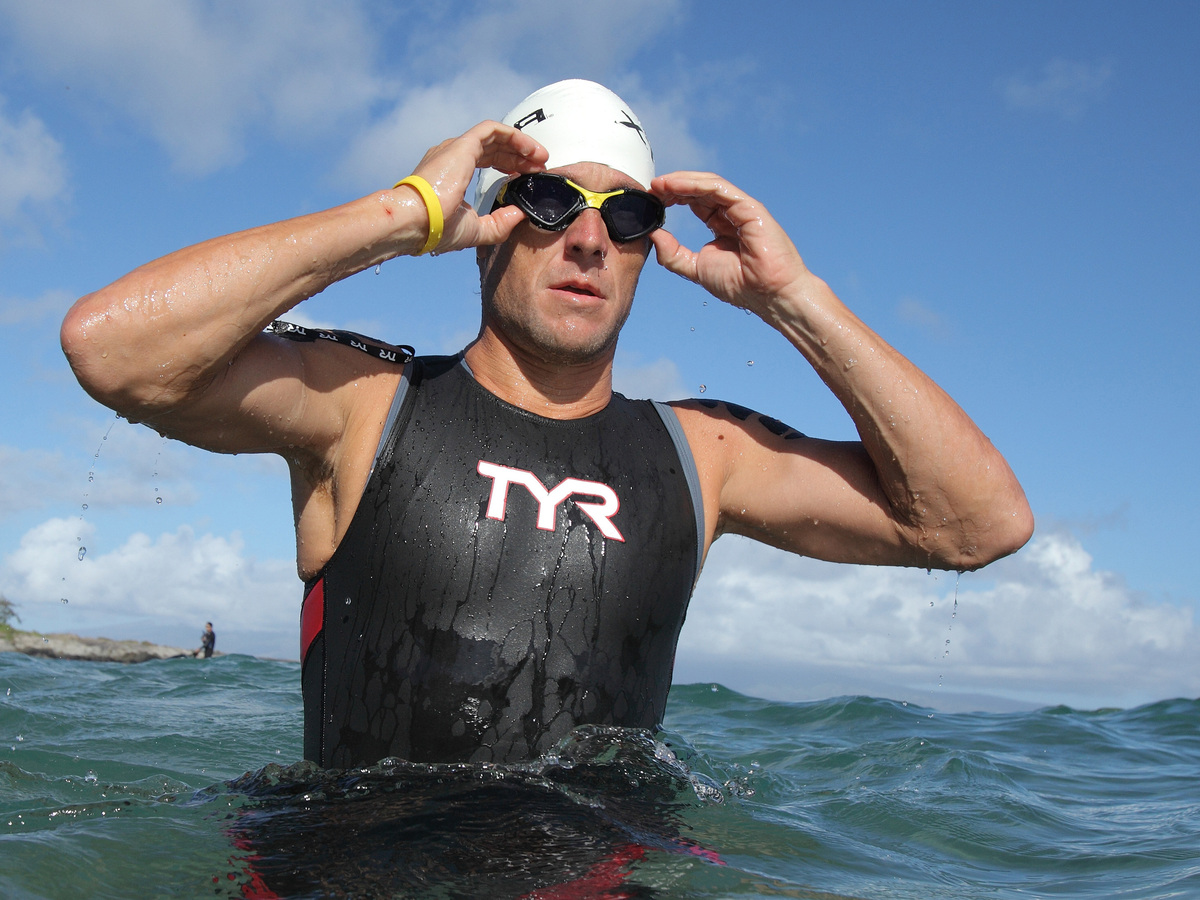 Lance Armstrong warms up for the swimming leg of the 2011 Xterra World Championship triathlon in Kapalua, Hawaii (before he was banned from most competitions). This weekend, he'll swim in a Texas meet for masters swimmers.

After an objection was raised Thursday by FINA, swimming's international governing body, Lance Armstrong has withdrawn from a masters swim meet being held this weekend in Austin, Texas, The Associated Press and other news outlets are reporting.

His decision came shortly after news of his planned participation started to spread, leading to questions about why an athlete who is banned from most international competitions because of doping charges could compete against others in such an event. As we explained earlier, the explanation is basically that masters swimming isn't subject to the authority of the U.S. Anti-Doping Agency.

Our original post — "Why Can Lance Armstrong Race At A Swim Meet?"

This time, the man who's been stripped of seven Tour de France titles and banned from competitive cycling because of doping charges will be in a pool, not on a bicycle. The Austin American-Statesman says the 41-year-old Armstrong is set to swim in three events at the Masters South Central Zone Swimming Championships.

This raises an obvious question: Why is he allowed to do this if he's been banned for life from competitive events by the U.S. Anti-Doping Agency? After all, that agency's reach extends to cycling, running and (mostly) swimming.

The Associated Press reports that Rob Butcher, executive director of U.S. Masters Swimming, says that while the organization has debated whether Armstrong and other athletes caught or accused of doping should be allowed to compete, "we just stick to the fact that our purpose is encouraging adults to swim."

As for which athletes USADA does monitor, its website says:

-- "Any athlete who is a member of a National Governing Body (NGB).

-- "Any athlete participating at a competition sanctioned by the United States Olympic Committee (USOC) or a NGB.

-- "Any international athlete who is present in the United States.

-- "Any other athlete who has given his/her consent to testing by USADA or who has submitted a Whereabouts Filing to USADA or an International Federation (IF) within the previous 12 months and has not given his/her NGB or USADA written notice of retirement.

-- "Any athlete who has been named by the USOC or a NGB to an international team or who is included in the USADA Registered Testing Pool or is competing in a qualifying event to represent the USOC or NGB in international competition.

The American-Statesman reminds its readers that:

"Armstrong began his competitive life as a swimmer near Dallas, before he began participating in triathlons, then focuing on cycling. Before his lifetime ban from all sanctioned sports, Armstrong had gone back to competing in triathlons, but he's no longer allowed to race in those events."

The newspaper also spoke with "local triathlete Jamie Cleveland, who is set to swim against Armstrong this weekend." He wishes Armstrong wouldn't take part in the meet. "This whole masters swimming is him trying to sidestep his punishment," Cleveland said.