Accessibility links
The Sky Isn't Falling Over The Korean Peninsula — Yet : The Two-Way ANALYSIS: The threats are coming almost daily. But put what's being said by North Korean leaders in context, and remember, we've heard this before. Still, war on the Korean peninsula would be disastrous. So the talk can't be dismissed. 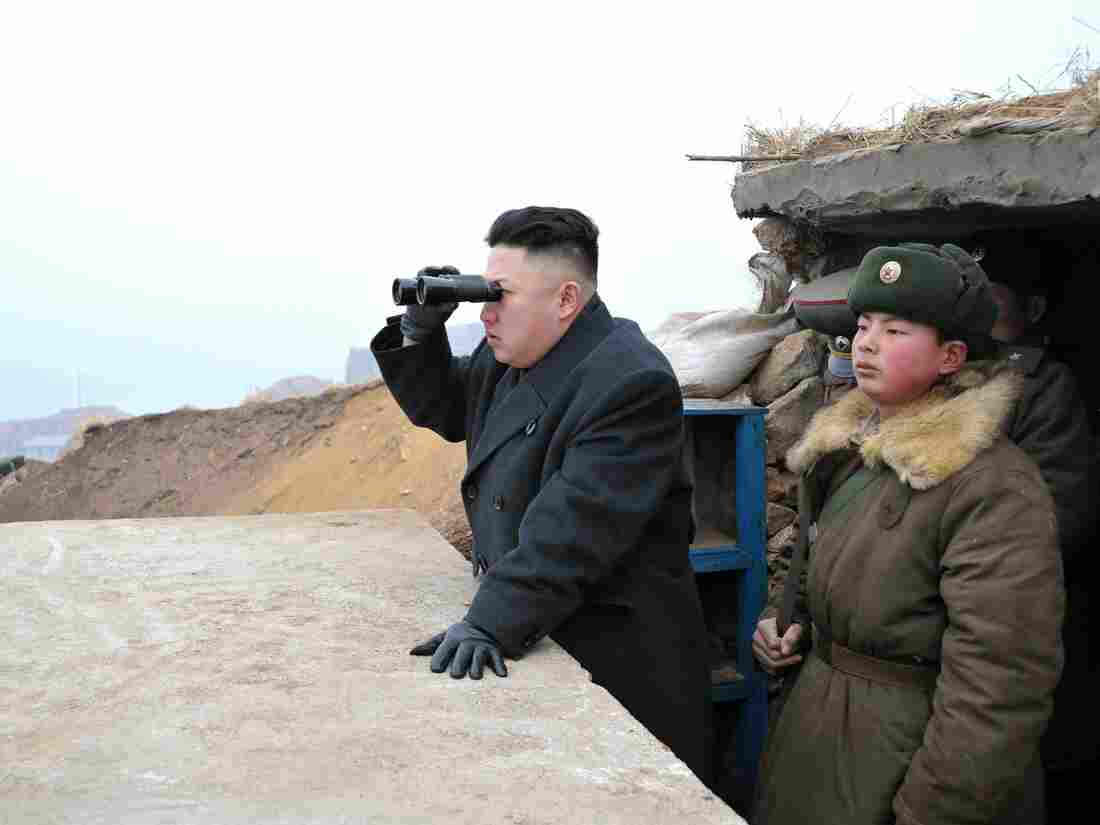 In this photo released in March by the North's Korean Central News Agency (KCNA), leader Kim Jong Un is said to be using a pair of binoculars to look south during an inspection of army troops stationed on two islands. /Xinhua /Landov hide caption 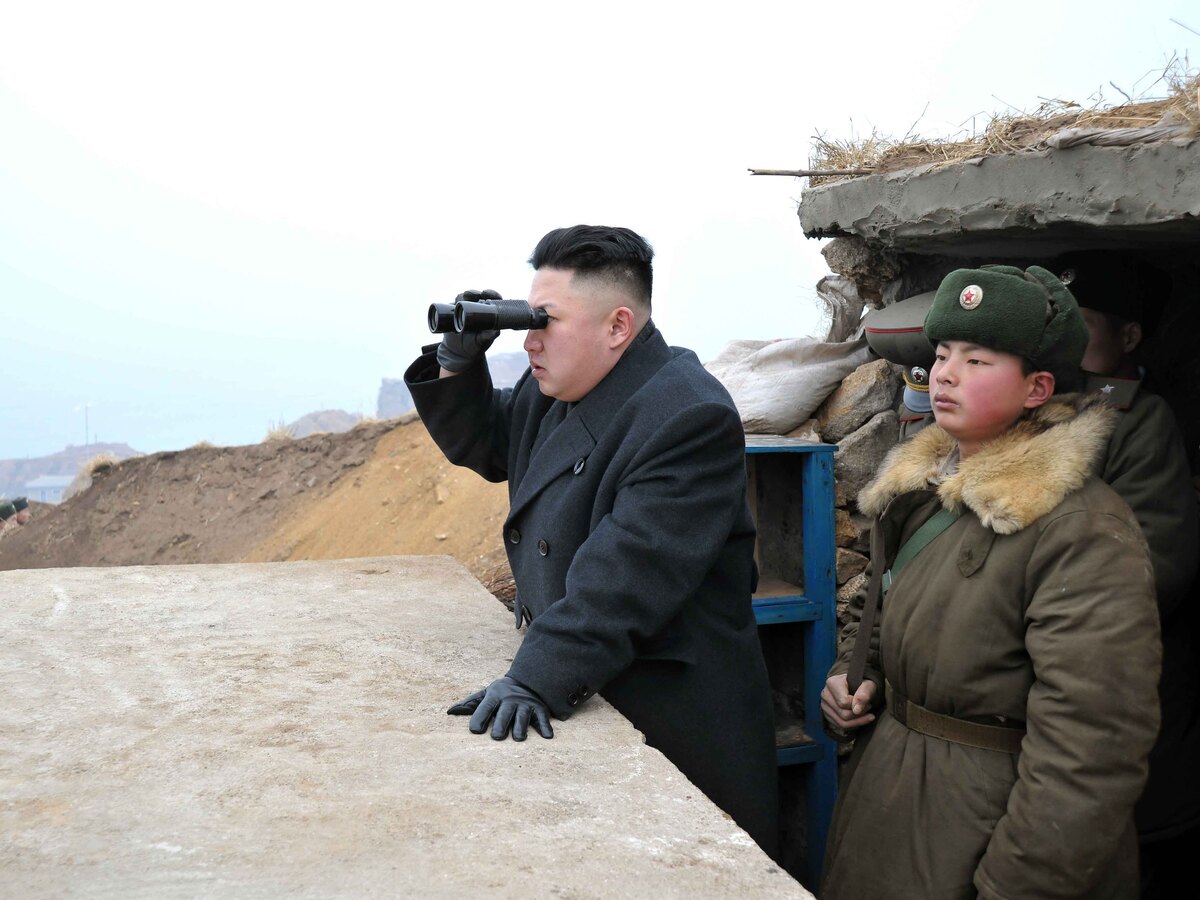 In this photo released in March by the North's Korean Central News Agency (KCNA), leader Kim Jong Un is said to be using a pair of binoculars to look south during an inspection of army troops stationed on two islands.

Almost every day, there's some new threat out of North Korea.

It's hard to determine how seriously to take these threats. War on the Korean Peninsula could be catastrophic, so the bluster can't be dismissed. On the other hand, North Korea has a long history of hyperbole, of making threats it doesn't follow through on.

This week, North Korean leader Kim Jong Un and his government upped the ante. The country's military claims to have "ratified" or approved the idea of striking the U.S. with nuclear weapons. Here's the bulletin Wednesday from The Associated Press:

"NKorean army spokesman: Military cleared to wage nuclear strikes to protect against US."

That's not something to be taken lightly. But it's a statement that cries out for some explanation if we are to understand whether it really represents an escalation between Pyongyang and Washington.

First – North Korea doesn't have the capacity to strike the U.S. homeland with nuclear weapons. Its missiles can't reach that far, and though the North has conducted three nuclear tests, the country has yet to miniaturize warheads that could fit on long-range ballistic missiles. It isn't even known if they have the capacity to deliver a nuclear bomb south of the demilitarized zone that separates the North from South Korea.

Second – Earlier this week, North Korea issued a revised nuclear-weapons doctrine. This is essentially the North Korean government's own rules for how and when it might use nuclear weapons, if it had the capacity to deliver them. Here's what the new document stated, in part:

"The DPRK shall neither use nukes against the non-nuclear states nor threaten them with those weapons unless they join a hostile nuclear weapons state in its invasion and attack on the DPRK."

One last point: North Korea has previously threatened to use nuclear weapons against the United States. For example, there was this news on March 7: "North Korea vows nuclear attack on U.S., saying Washington will be 'engulfed in a sea of fire.' "

So, as we all try to judge just what these threats from North Korea mean, remember these things when there are reports that North Korea plans to attack the United States with nuclear weapons:

-- North Korea doesn't have the capacity to hit the U.S.

-- North Korea says it has a no-first-use nuclear policy.