Accessibility links
Enron's Jeffrey Skilling May Be Negotiating An Early Release : The Two-Way Skilling was sentenced to 24 years in jail for his role in the spectacular collapse of the energy company Enron.

Enron's Jeffrey Skilling May Be Negotiating An Early Release

Enron's Jeffrey Skilling May Be Negotiating An Early Release 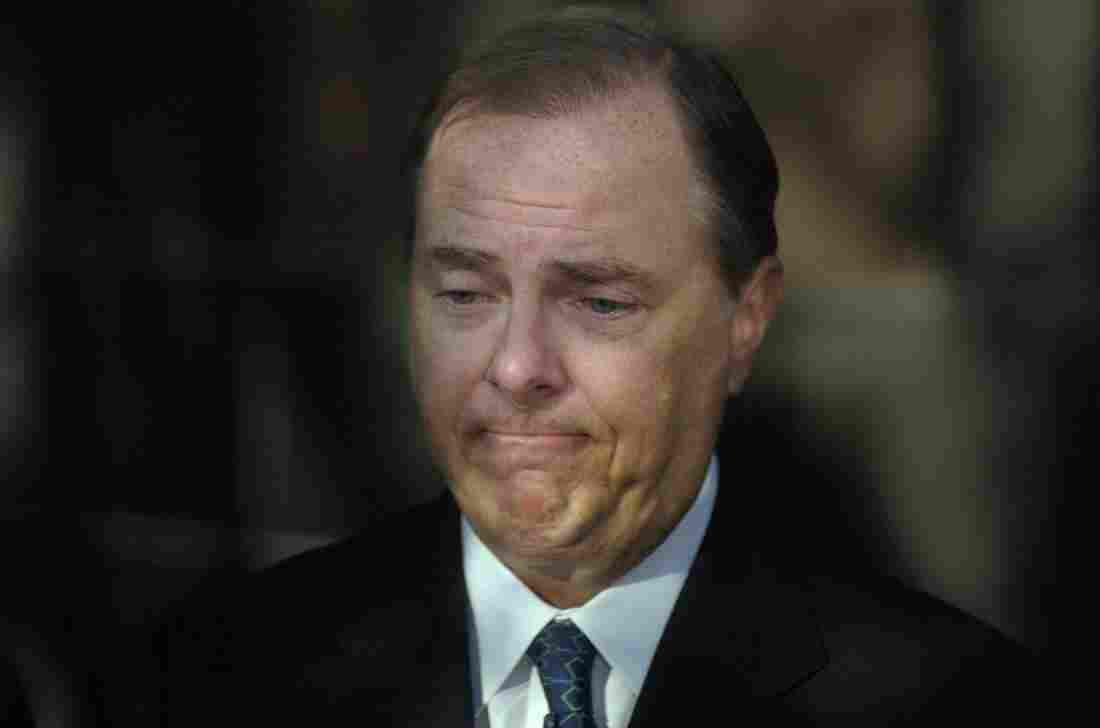 Jeffrey Skilling, the former Enron executive serving a 24-year prison sentence for his role in the energy company's collapse, may receive a shorter prison term.

According to Reuters, the United States Department of Justice notified victims of Enron's fraud that they are currently in negotiation with Skilling.

"It is unclear how much Skilling's sentence could be reduced, and a Justice Department official said no agreement has been reached. CNBC, the television business channel, said prosecutors and Skilling's lawyers have been negotiating a shorter term.

"Skilling has maintained his innocence, and according to court filings has been pursuing a new trial.

"He is scheduled to leave prison around February 2028, assuming good behavior, according to federal prison records."

Skilling has served 6-1/4 years of his sentence. If you remember, Skilling was convicted of 19 counts of conspiracy in 2006. He became the poster child of Enron's illegal business deals and creative accounting tricks.

The New York Times reports Skilling has appealed his conviction and with some success. The paper reports:

"Mr. Skilling's appeal gained traction with his argument that the government had relied on a dubious legal theory that Mr. Skilling deprived others of his "honest service." In 2010, the Supreme Court called the use of the awkwardly written "honest services" law unconstitutionally vague and said his conviction was "flawed."

"But a federal appeals court subsequently ruled that the conviction was not tainted by the use of the theory and said there was "overwhelming evidence" that Mr. Skilling had conspired to commit fraud. Last year, the Supreme Court declined to hear Mr. Skilling's appeal of the appeals court ruling."

The AP reports that in 2009, the appeals court ruled Skilling had to be resentenced because the judge "improperly applied" the sentencing guidelines.

A Justice Department official cited the 2009 appeals court order, but said "the Department's goal is, and has always been, to ensure that Mr. Skilling be appropriately punished for his crimes, and that victims finally receive the restitution they deserve."