Accessibility links
Pew: Majority Of Americans Now Favor Legalizing Marijuana : The Two-Way It is the first time in four decades of polling, those favoring legalization are in the majority. It is a dramatic shift in public opinion. In 1969 just 12 percent supported legalization. 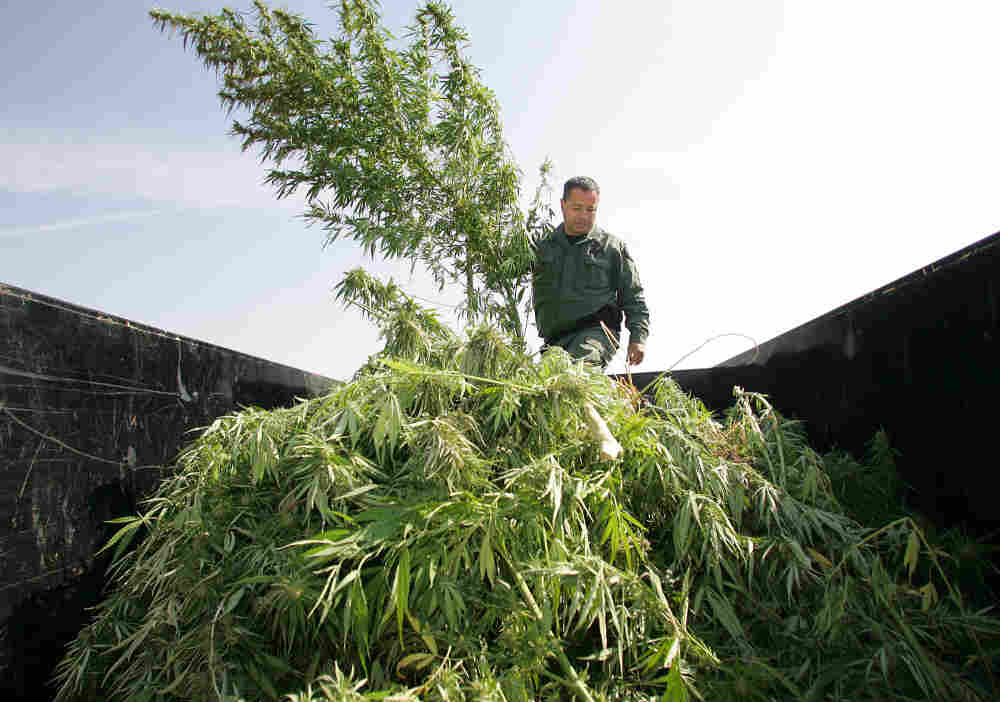 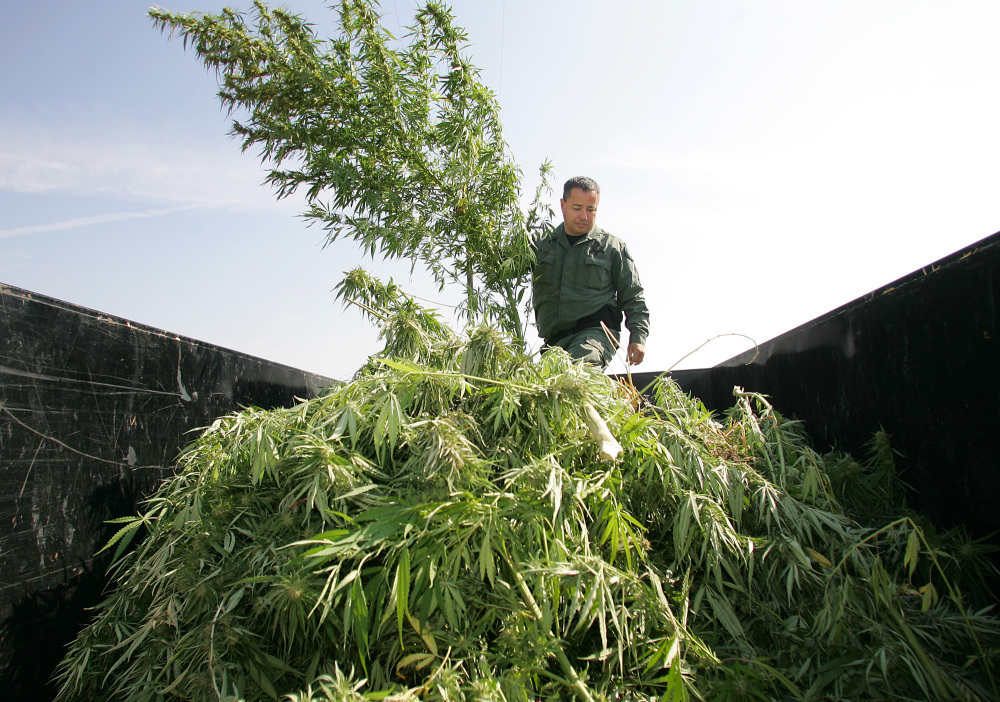 For the first time in four decades of polling, a majority of Americans support legalizing the use of marijuana.

A Pew poll released today found that 52 percent of those polled said marijuana should be legal. Forty-five percent said it should be illegal.

"The survey by the Pew Research Center, conducted March 13-17 among 1,501 adults, finds that young people are the most supportive of marijuana legalization. Fully 65% of Millennials –born since 1980 and now between 18 and 32 – favor legalizing the use of marijuana, up from just 36% in 2008. Yet there also has been a striking change in long-term attitudes among older generations, particularly Baby Boomers."

This isn't terribly surprising, of course. Back in October of 2011, we noted that in Gallup's poll, support for legalizing marijuana had reached 50 percent for the first time ever.

The Washington Post reports that a November Post-ABC News poll found "the public split 48 to 50 percent on" the issue. "And 51 percent of registered voters supported legalization in a December Quinnipiac University poll."

We'll leave you with an interesting graph showing support by generational group. Notice that support from boomers is the highest since the '70s. 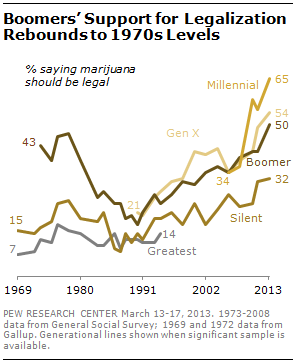