Accessibility links
Young Staffer's Death Binds U.S. Embassy, Journalists : The Two-Way The war became much more personal for the U.S. Embassy and most of the journalists in Afghanistan when word came out that one of the five Americans killed by a suicide bomber in Zabul province on Saturday was 25-year-old Anne Smedinghoff. NPR's Sean Carberry says her death reminds the American community in Afghanistan of their bonds with one another. 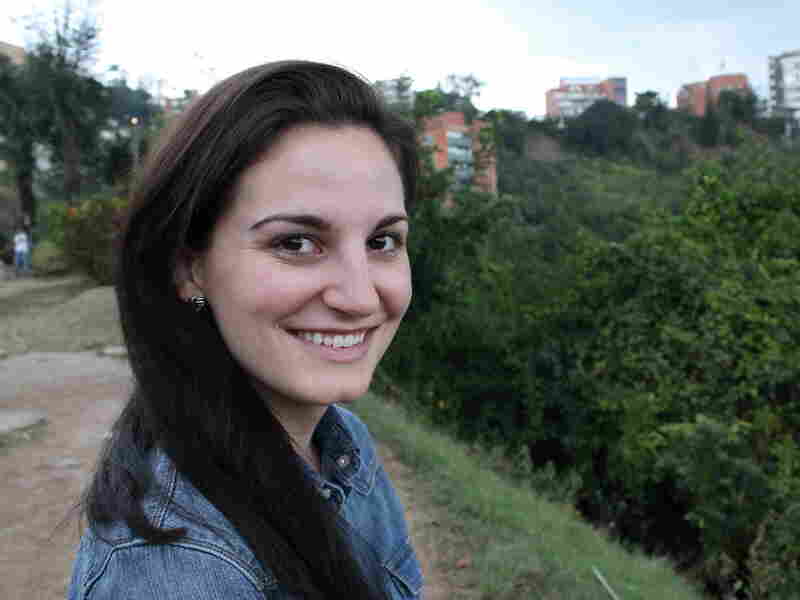 Anne Smedinghoff, 25, was killed April 6, in southern Afghanistan. She was the first American diplomat to die on the job since last year's attack in Benghazi, Libya. Tom Smedinghoff via AP hide caption 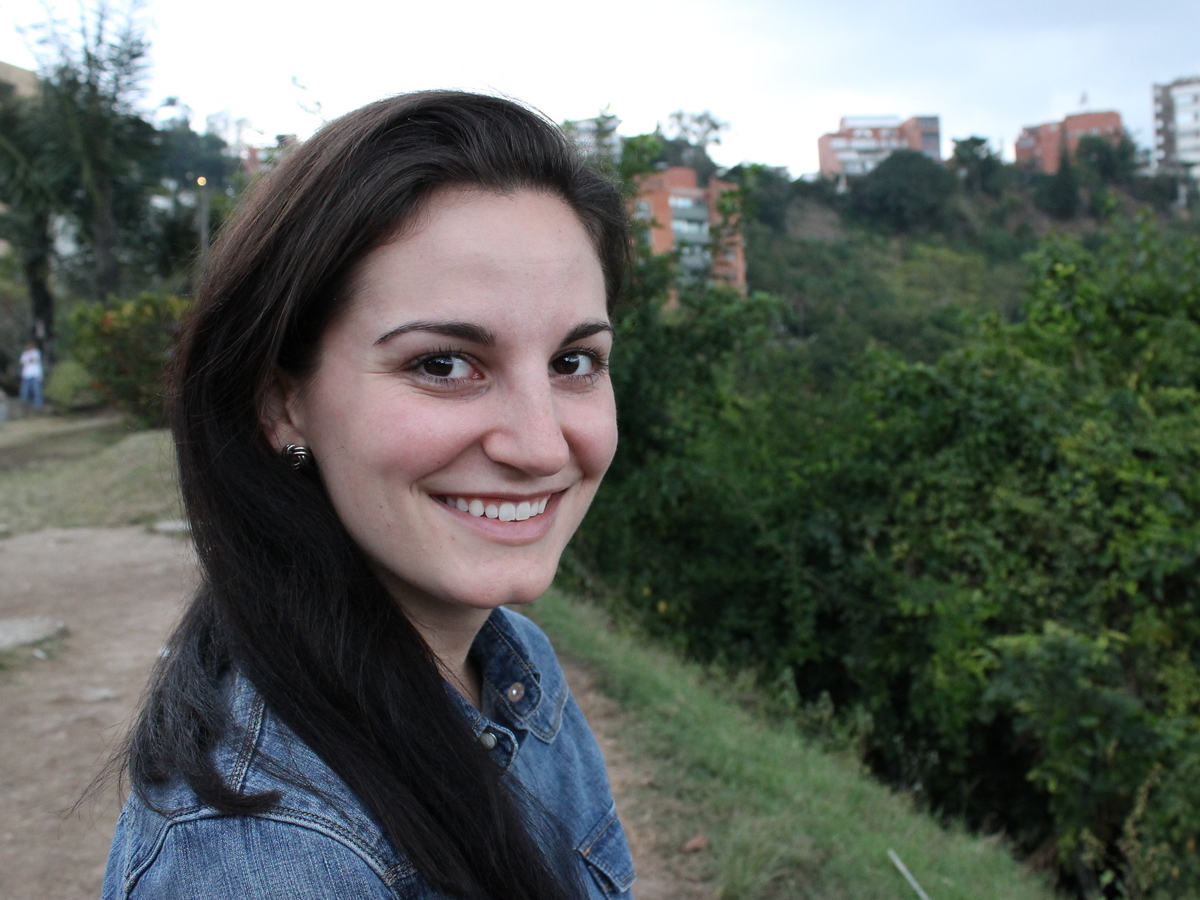 Anne Smedinghoff, 25, was killed April 6, in southern Afghanistan. She was the first American diplomat to die on the job since last year's attack in Benghazi, Libya.

Death comes with the territory when you work in conflict zones. On sometimes a daily basis, those of us who have worked in Iraq and Afghanistan in particular have filed stories with headlines like, "Four troops killed during insurgent attack," or "IED kills 10 civilians and wounds six."

It's a blur of numbers and uniforms. When we get word of an incident, we scramble to determine what happened, the nationality of the victims and any other pertinent details. But it's all very anonymous and impersonal, most of the time. It's reporting. It's work.

But this war just became much more personal for the U.S. Embassy and most of the journalists here. That's because word came out that one of the five Americans killed by a suicide bomber in Zabul province on Saturday was 25-year-old Anne Smedinghoff.

She was on a mission to deliver books to an Afghan school. It doesn't get much more harmless than that. It appears she and the others who died in the attack were in the wrong place at the wrong time. Afghan officials say the intended target of the attack was the provincial governor, whose convoy was passing by. He was unharmed by the blast.

Anne was an assistant information officer in the public affairs section of the U.S. Embassy. This was only her second posting in the Foreign Service. Much of her job involved working on and promoting "good news" stories like the Afghan youth orchestra trip to the U.S. funded in part by the State Department, or promoting the Afghan women's national soccer team — both stories that I reported.

As part of the press/public affairs office, she was technically an adversary of sorts. She and her colleagues have information and access that we journalists want, and they rarely give us everything we want.

On top of that, there are many times when we write very critical stories about their colleagues and the work they are doing. It can get combative. But, even if we disagree with each other, we usually maintain professional respect.

And, in an environment like Afghanistan, the level of interaction between the press and the embassy is much higher than elsewhere. The bulk of the story for the American market involves U.S. policies and actions here. So journalists spend more time talking to embassy staff here than in other places. Plus, the security concerns also bring people a bit closer together — we watch out for each other.

So, Anne's death comes as a tremendous shock and wake-up call for many of us here. She was one of the community here in Kabul.

From what I knew of Anne, she was here to do the job, and she wanted to engage with Afghan people. She wasn't counting the days until her next break or focused on her next assignment. Anne was always friendly and responsive, even when she couldn't provide the information I was looking for. She was someone you were always happy to run into at the embassy, or at an event when she could get outside. 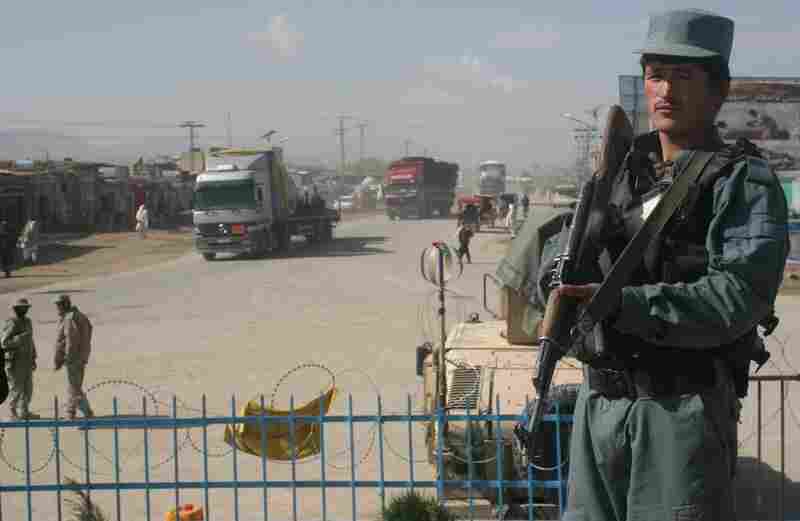 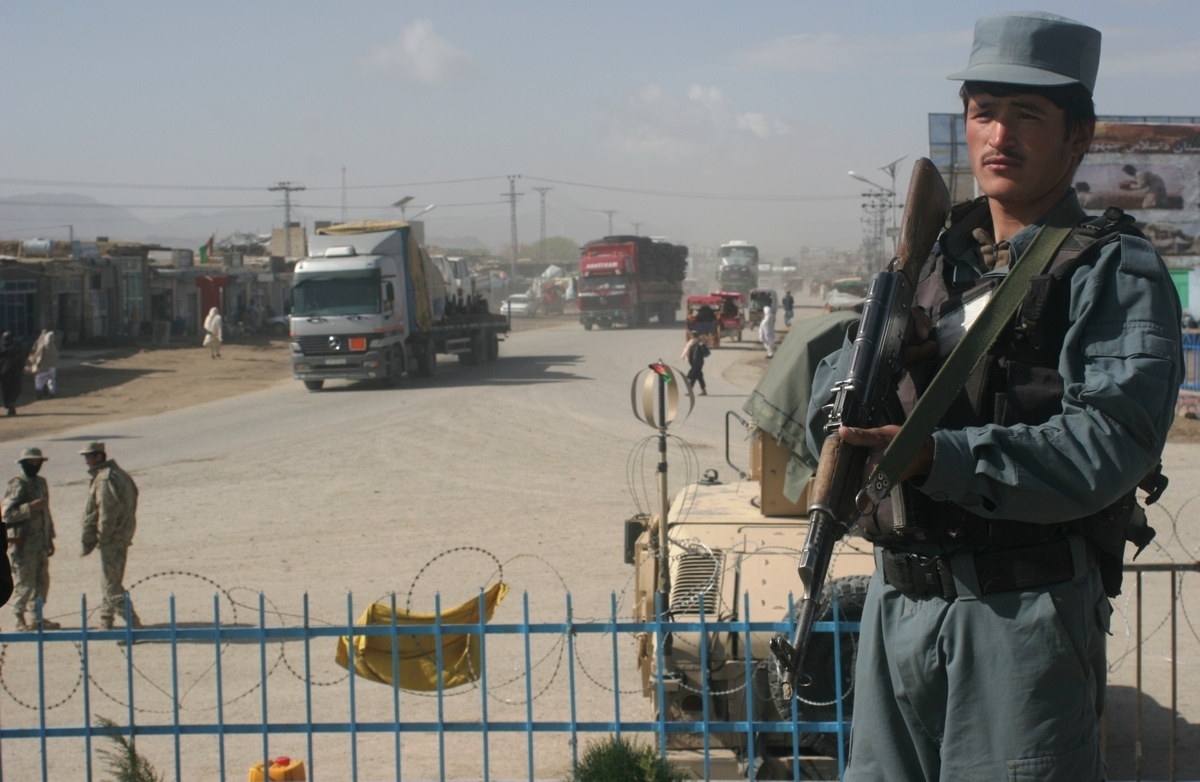 An Afghan police officer stands guard near the site where a suicide bomb attack took the life of five Americans, including 25-year-old Foreign Service officer Anne Smedinghoff, in Afghanistan on Saturday.

She was assigned to be Secretary of State John Kerry's assistant during his recent visit to Kabul. She made an impression on him.

"She was everything a Foreign Service officer should be: smart, capable, eager to serve, and deeply committed to our country and the difference she was making for the Afghan people," he wrote in a statement.

When troops are sent off to war, some won't make it home. It's a sad reality, but one that troops and their families know going in.

With diplomats, aid workers and even journalists, it's different — people expect they will make it home. They all work in hazardous environments, and they do get killed, too. And, rightly or wrongly, there's more public outcry when someone from that community gets killed compared with a soldier.

The names of the three U.S. troops and the DOD civilian killed along with Anne have yet to be released. It's possible I knew one of them, but I did know Anne. She's the first person I've known who has been killed here.

It stops you in your tracks. It shakes you out of the emotional bubble you often put yourself in to avoid being overwhelmed by the daily death, violence and dysfunction you report on here.

Anne's family, friends and colleagues are in our hearts. She will be missed by those of us on the other side of the wall here who knew her.