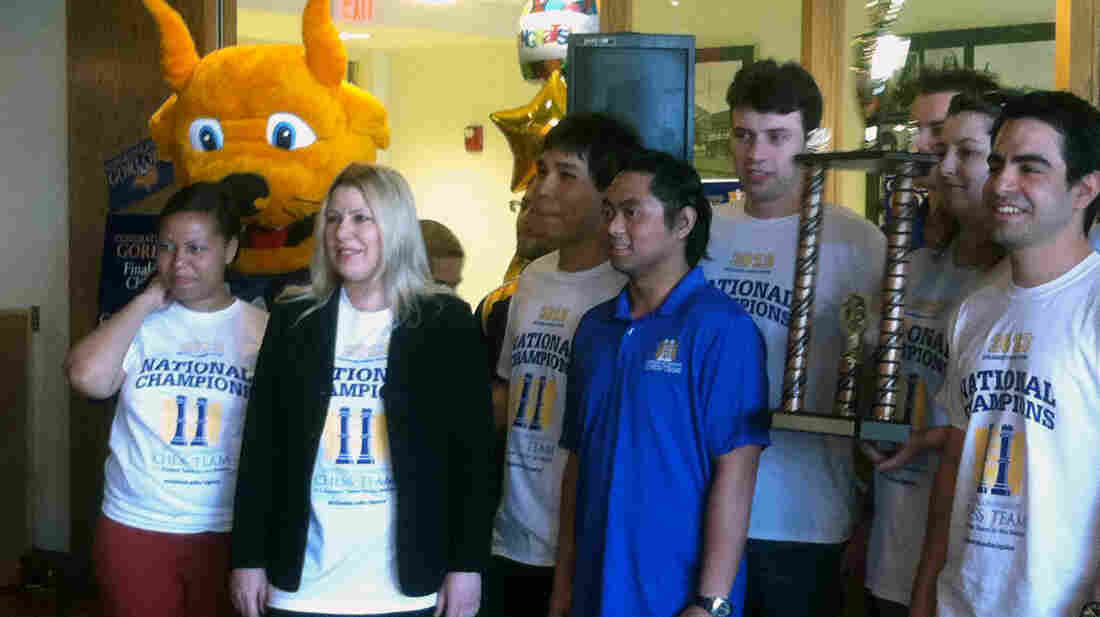 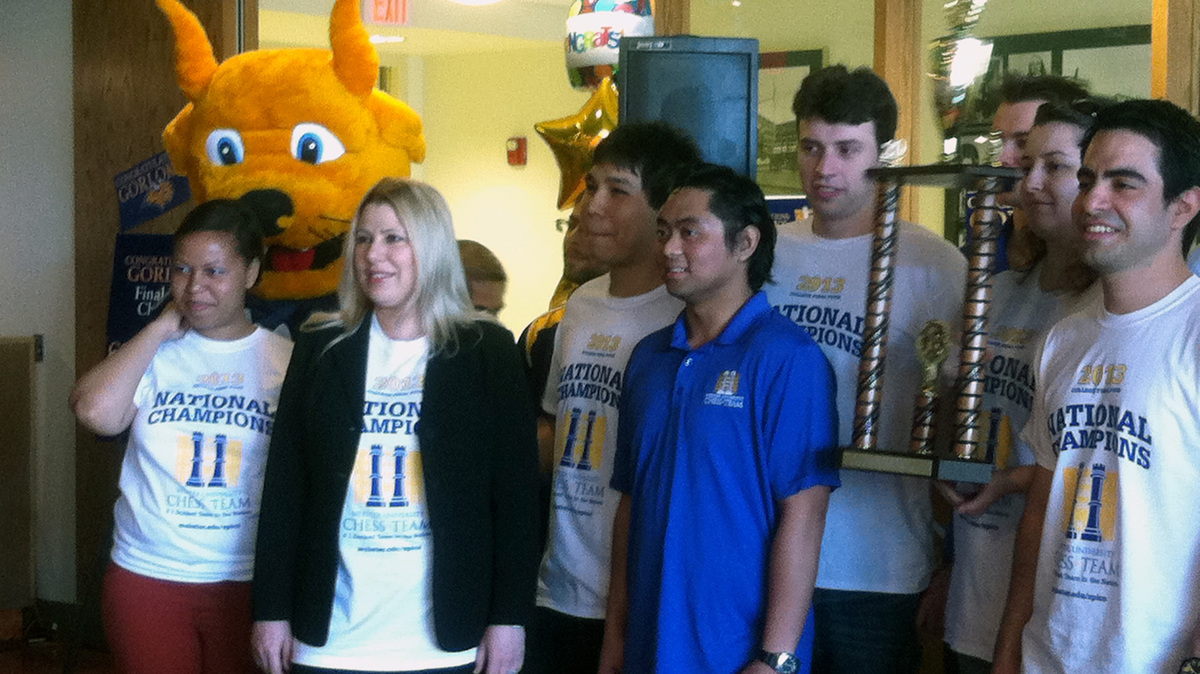 If there's no such thing as bad publicity, how much is good publicity worth? Webster University wants to find out.

Last year, the university didn't have a chess team. On Sunday, its team took home the national college championship, the President's Cup, after winning what is often called the "Final Four" of chess.

Webster, which is located just outside of St. Louis, picked up its team nearly intact last year from Texas Tech. The university hired coach Susan Polgar, who had won two straight championships in Texas, and the whole team came along with her.

Webster's chess team includes eight grandmasters. It's become instantly so dominant that two of its squads qualified for the chess Final Four, although only one was allowed to play.

When it comes to winning championships, Polgar and her players "have been there, individually and collectively," Webster provost Julian Schuster said Monday at a campus rally celebrating the team's victory.

"Let us thank them for what they've done for us," Schuster said. "For the first time in the almost 100-year history of our university, we are the national champion."

Webster, which is now private and non-denominational, was founded as a Catholic women's college and has become known over the years for its performing arts programs and its business school. Its main campus is in the St. Louis suburb of Webster Groves, but Webster boasts almost 100 satellite campuses around the world.

Schuster said in an interview that chess was part of his upbringing in Yugoslavia and that his primary goal in bringing Polgar to Webster was incorporating the game into the intellectual life of the university.

Still, he added, "there's no doubt" that their victory is good news for the university.

At the celebration, members of Webster's media relations team counted reporters in attendance, noting that the weekend tournament had garnered the university national attention (including from NPR).

"The Washington Post was the big one," said Patrick Giblin, Webster's director of public relations, referring to a front-page story that ran Saturday.

Chess has become big business in the St. Louis area. The World Chess Hall of Fame moved to the city two years ago, while St. John Vianney High School in nearby Kirkwood won its second national championship this weekend.

Webster's own champions looked a little shy and sheepish as they entered the campus lounge with their big trophy in tow, joining school administrators and someone wearing the costume of the campus mascot, the cheetah-buffalo-St. Bernard blend Gorlok.

There were no pom-pom girls, tipped cars or burning mattresses, but there were cookies in the shapes of chess pieces.

"I wasn't even aware there was a team," said Brieanna Lee, a psychology major sitting in the lounge, eating french fries and ranch dressing.

But Lee admitted their victory in the chess Final Four was "an accomplishment." Other students who happened to be in the lounge said they "lived in the music basement" or were otherwise "too busy" to follow the chess team, but generally agreed its triumph would help their school nonetheless.

Success builds upon success. Most of Webster's grandmasters hail from other countries, but one of the players from Vianney's winning chess team has expressed an interest in joining them from neighboring Kirkwood.

"What we hope is that the success of our chess team will be perceived as the success of the university in general," Schuster says. "It will permeate through everything we do and will speak to how we do things in the future."