Accessibility links
U.S. Will Deploy Solid-State Laser Weapon On Ship Headed To Persian Gulf : The Two-Way In a recent test, the laser successfully destroyed destroyed an unmanned aircraft in flight. The Navy touted the weapon's flexibility and efficiency. 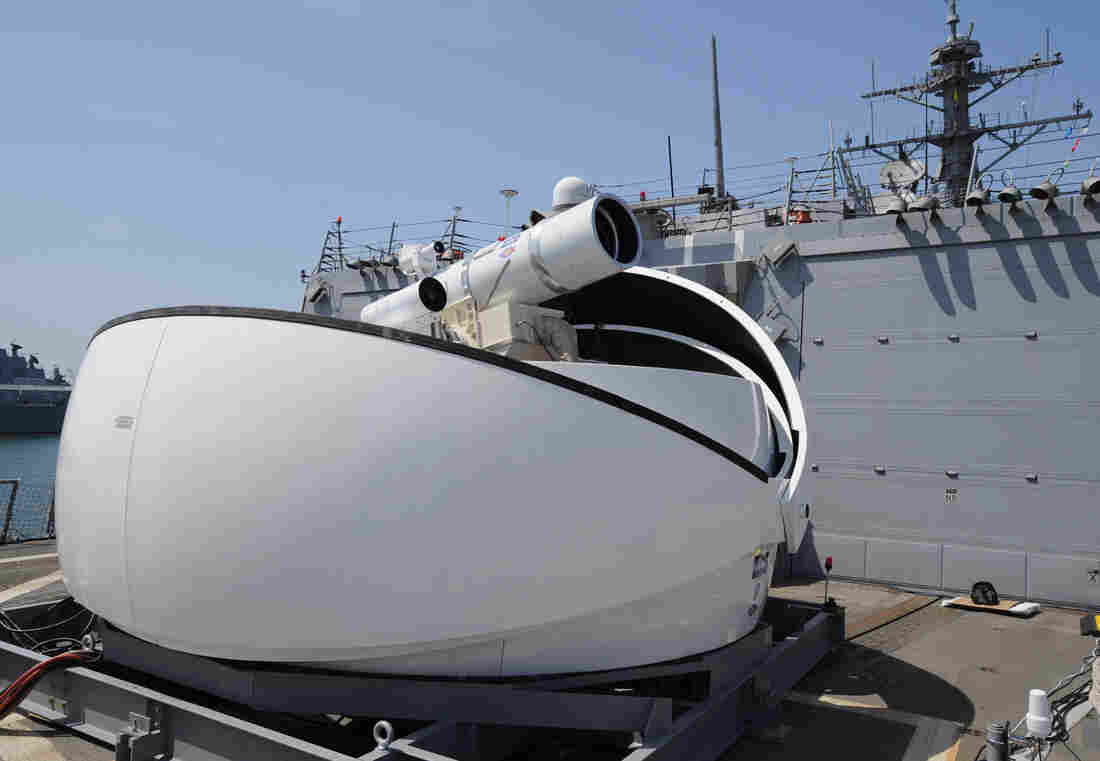 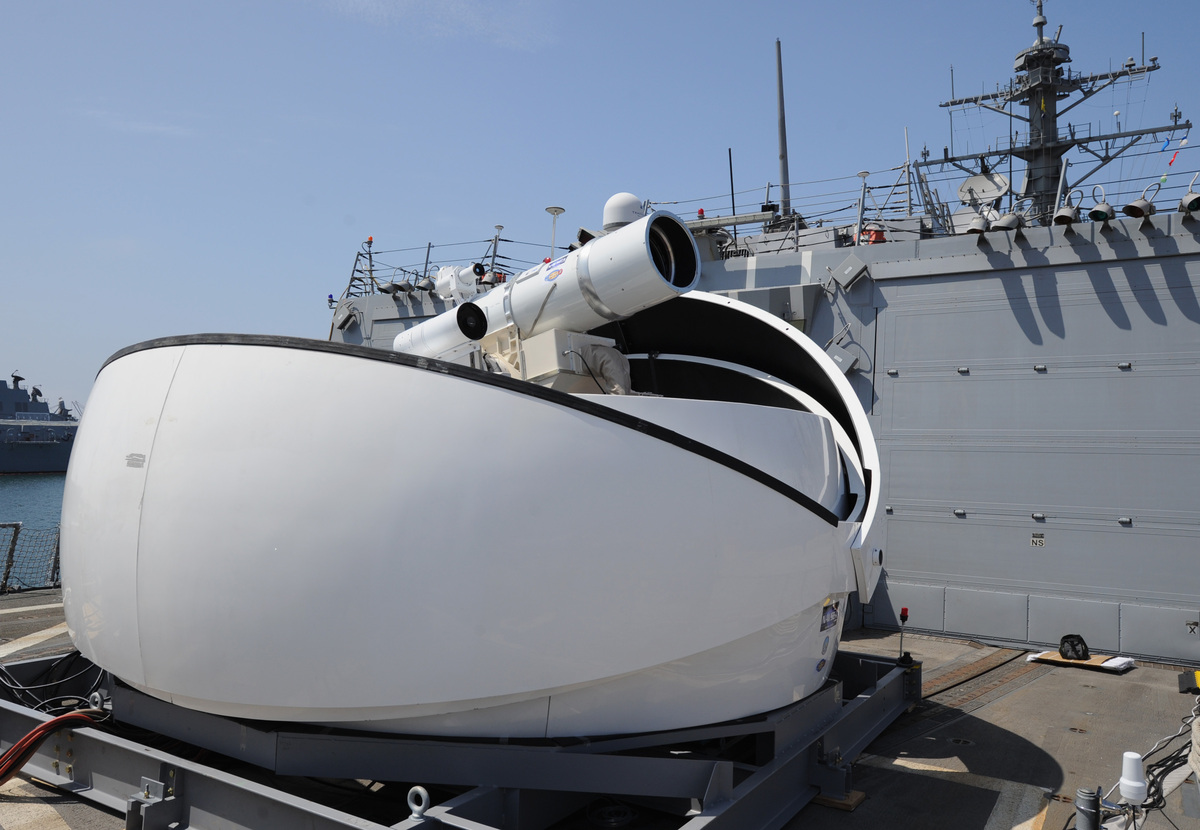 For the first time ever, the United States is deploying a solid-state laser weapon. The Laser Weapon System (LaWS) successfully destroyed a drone in flight during a test run and will head to the Persian Gulf aboard the USS Ponce as part of what the military is calling an "at-sea demonstration."

"The future is here," Peter A. Morrision, program officer for ONR's Solid-State Laser Technology Maturation Program, said in a statement. "The solid-state laser is a big step forward to revolutionizing modern warfare with directed energy, just as gunpowder did in the era of knives and swords."

Chief of Naval Research Rear Adm. Matthew Klunder said one of the big deals here is that a laser shot costs about $1.

"Compare that to the hundreds of thousands of dollars it costs to fire a missile, and you can begin to see the merits of this capability," Klunder said.

Another big advantage: A laser moves at the speed of light and in the future it may be able to disable an incoming missile.

The New York Times reports that deploying the laser aboard the Ponce "seemed meant as a warning to Iran not to step up activity in the gulf in the next few months if tensions increase because of sanctions and the impasse in negotations over the Iranian nuclear program."

The laser, the Navy said, is capable of destroying a vesel to non-lethal disabling.

The Navy released a video of the weapon system during a test aboard the USS Dewey in San Diego. The Navy says it shows a laser beam hitting an unmanned aircraft and after about four seconds, it catches fire and crashes into the ocean.

Wired's Danger room wrote a piece back in March about 2013 being the Navy's "year of the laser gun."

It reports that putting the laser on the Ponce is a big deal. Wired reported:

"First, testing a laser gun — most likely a solid-state laser — on a ship at sea puts enormous pressure on a much-hyped weapon to show-and-prove. Second, the laser isn't going on any old ship, it's going on the Ponce, recently retrofitted to become an 'Afloat Forward Staging Base' — that is, a new launchpad for attack helicopters, drones and commandos for, among other missions, counterterrorism raids. In other words, the Navy is putting laser weaponry aboard one of the ships it's most eager to highlight."