Accessibility links
A View From South Korea: The North Is 'A Playground Bully' : The Two-Way "It's like a joke," one retiree in Seoul says of the North's daily provocations. His view is shared by many South Koreans, who believe leaders in the North are trying to extort more aid from other nations and are trying to bolster their own positions. 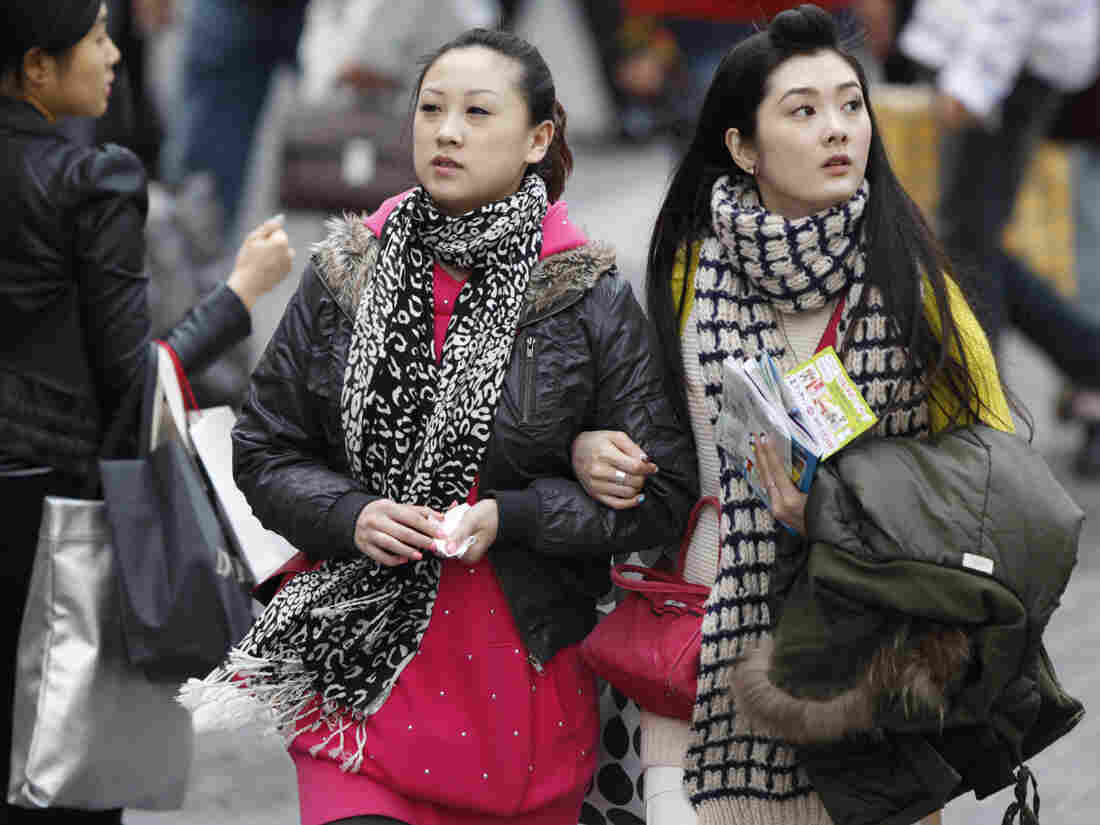 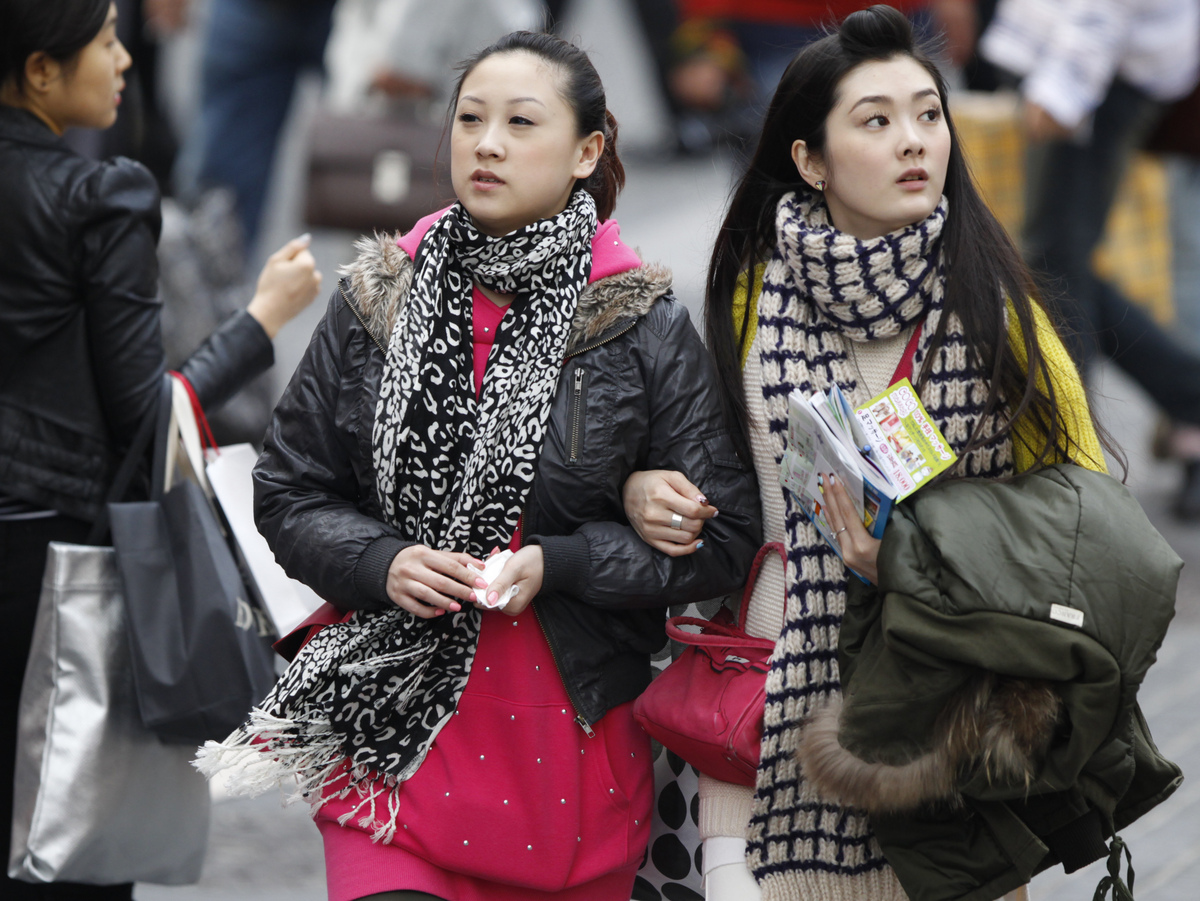 Carrying on as usual: Shoppers in central Seoul on Monday.

Nearly two decades ago, a North Korean official threatened to turn Seoul into a "Sea of Fire." South Koreans responded by cleaning out the shelves of supermarkets and preparing for an attack that never came.

On Tuesday, North Korea urged tourists and foreign companies to leave South Korea for their own safety, saying the two countries are on the eve of a nuclear war.

But this time, as we reported earlier on Morning Edition, people are going about their business as usual, treating the threats as background noise. After so many years of so much overheated rhetoric, most South Koreans are immune to it.

We're set to have more about the mood in the capital city and how South Koreans are reacting to the daily pronouncements from the North on All Things Considered later Tuesday. Here's a preview:

"It's like a joke. It's like a playground bully," says Hong, 76, a retired shoe manufacturer who asked to be referred to by a single name. "I don't take it seriously. It's nonsense."

Hong was strolling through the soy sauce section of a downtown Seoul supermarket, where there were no signs of panicked buying and the shelves were full.

Hong knows North Korea well. He used to live there and fled to the South during the Korean War when he was a teenager. He thinks the North continues to threaten the South and the U.S. not because it wants to fight, but because it wants continued economic support.

Hong says the rhetoric is a form of blackmail.

"They are like spoiled children, asking for more and more," he says. "The party elites are doing this to feed themselves and to maintain power."

North Korea has rarely made good on its threats. But in 2010, it was blamed for torpedoing a South Korean naval ship, killing 46 people. South Korea took no revenge, but people here seem less willing these days to turn the other cheek.

Hong says if the North attacks again, it should pay. "We are idiots if we don't take any action" he says. "We need to fight."

A few aisles away, Oh Jung Mi, 48, is shopping for tofu. A frilly, pink dress for her 7-year-old daughter, You Jin, sits in her grocery basket.

Oh isn't as cavalier as Hong, but she isn't terrified either. She's heard on the news how she should prepare for a possible attack, but she doesn't really expect one.

"I know where the evacuation bunker is in our apartments, and I know what to prepare, such as gas masks and lanterns," says Oh, a mother of three. "I know I should prepare these things, but I can't really get myself to act on it."

Kim Soo Young, 24, is more concerned about North Korea than most. A friend's brother died in the 2010 ship sinking. Kim, a student who works at a public relations firm downtown, says North Korea is always in the back of her mind.

"We never know when and where the next attack is coming," she says.

Kim attends school near the command center for both the U.S. and South Korean militaries.

"I am only being half-serious here," she says, "if North Korea shoots a missile, my school would be within the area where they will strike first."

When Kim Jong Un became the leader of North Korea in late 2011, some South Koreans hoped he would be more reasonable than his predecessors. After all, he's young, was educated overseas and reportedly speaks at least some English. But Lee Hyun Woo, 25, who works in a duty free shop, is disappointed.

"I don't understand why he's acting this way," Lee says. "I did think he would be more open when he first took power, but now it seems he's actually going in the opposite direction."

NPR's Frank Langfitt is in Seoul on assignment. Click here to find an NPR station that broadcasts or streams All Things Considered.