Accessibility links
Students Stopped The Stabbing Suspect At Texas College : The Two-Way The alleged attacker, 20-year-old Dylan Quick, told authorities he "has had fantasies of stabbing people to death since he was in elementary school," according to the local sheriff's department. Fourteen people were hurt before the suspect was tackled by other students. 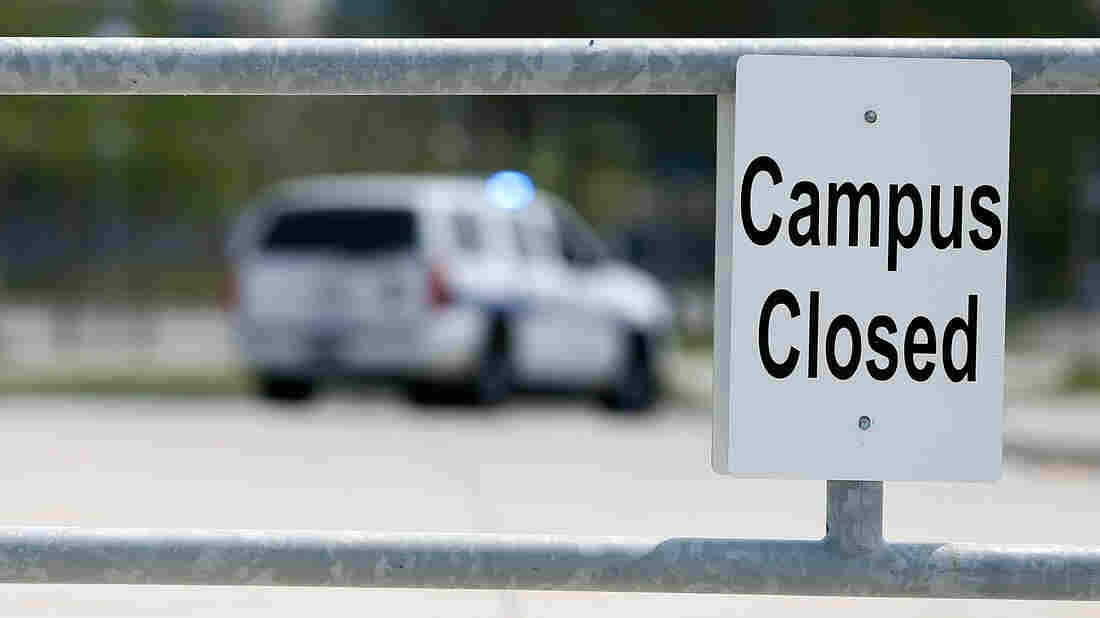 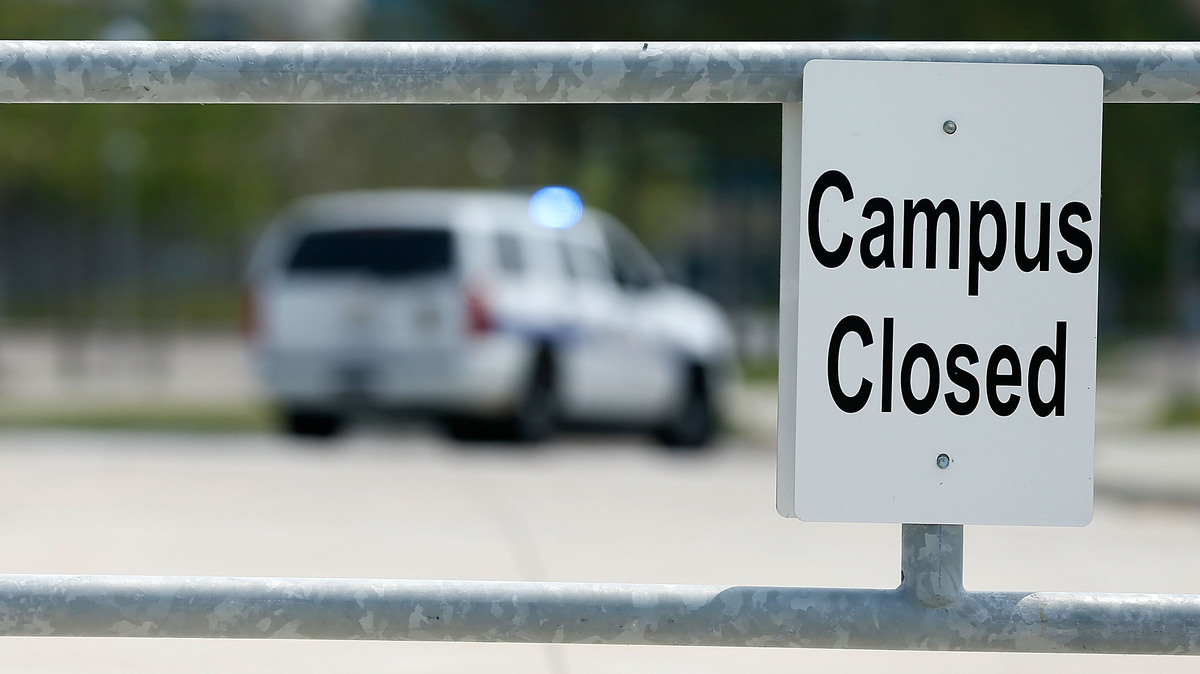 The Cy-Fair campus of Lone Star College in Cypress, Texas, was closed Tuesday as authorities investigated the stabbing of 14 people.

"My first thought was I need to go catch him."

Ryan Ballard, a student at Lone Star College in Cypress, Texas, tells the Houston Chronicle about the chaotic scene at the school Tuesday when as many as 14 people were injured, at least two critically, by an attacker who used a sharp blade to stab victims in the face and neck.

According to the Chronicle, Ballard says he had just arrived at the school's Health Science building when other students, some crying and bleeding, started running in various directions. He heard someone shout, "Stop that guy!" The newspaper picks up the story:

"Another group of students was running toward the man. One finally reached him near the parking lot, grabbing the assailant in a bear hug. Ballard, a former offensive lineman at Langham Creek High School, also closed in. That's when he noticed the attacker squirming to get his hand into his back pocket.

"Instinctively, Ballard knocked both of them to the ground. 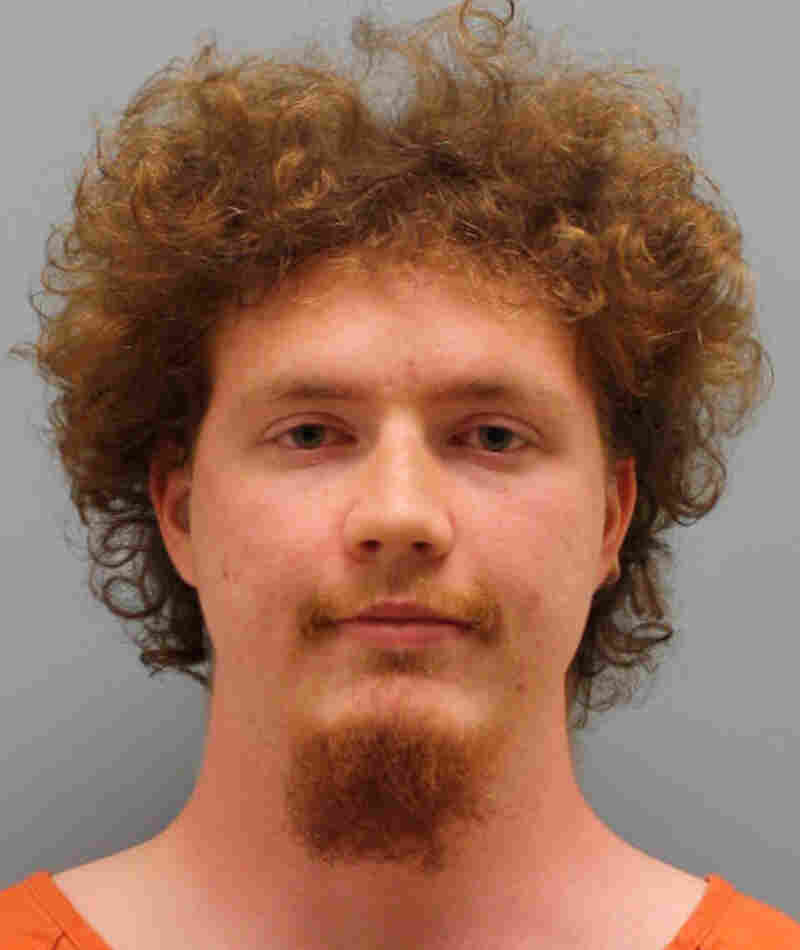 Dylan Quick, who is accused in the stabbings at Lone Star College, in a photo supplied to the news media Wednesday by the Harris County (Texas) Sheriff's Office. /Reuters /Landov hide caption 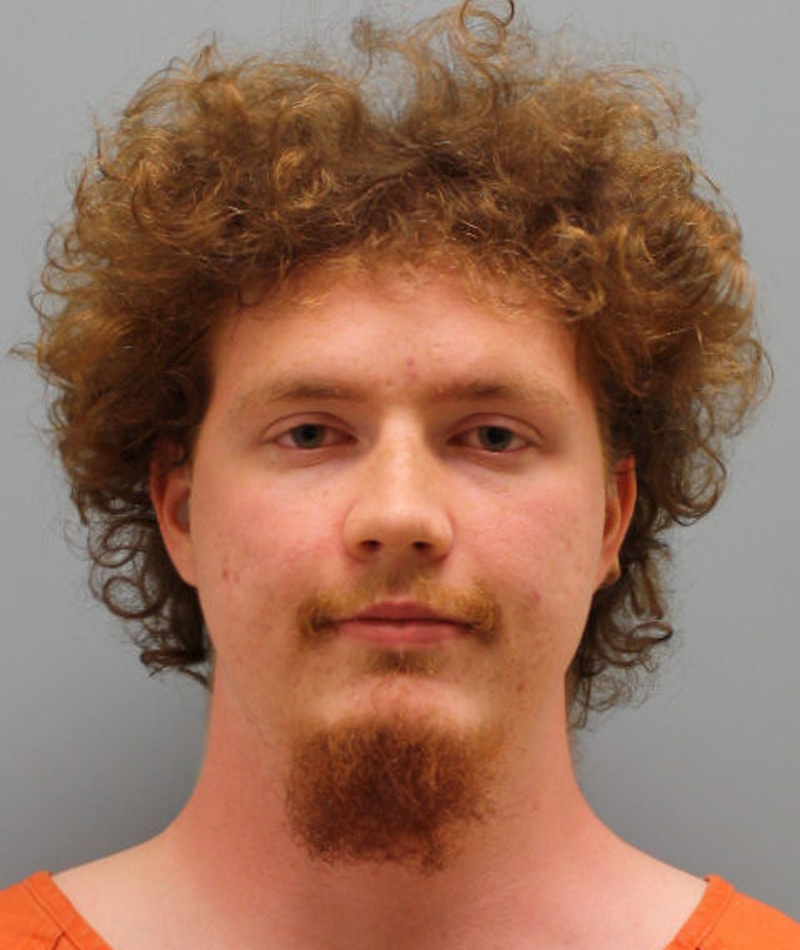 Dylan Quick, who is accused in the stabbings at Lone Star College, in a photo supplied to the news media Wednesday by the Harris County (Texas) Sheriff's Office.

A statement from the Harris County Sheriff's department says:

"[Quick] is charged with 3 counts of Aggravated Assault. The instrument used by Quick to stab and cut the victims was a razor-type knife.

"There were pieces of blade in at least one victim, broken blade pieces in the area where the cutting occurred, and the handle to a razor-type knife was found in a backpack that Quick was carrying when he was arrested.

"According to the statement the suspect voluntarily gave investigators, he has had fantasies of stabbing people to death since he was in elementary school. He also indicated that he has been planning this incident for some time.

"In all, 14 victims were injured in today's incident."

As for what it was like at the school during the attack, accounts vary. The Chronicle writes that the attacker stabbed each victim "with a small knife as he walked by before quickly moving on, almost unnoticed, to another." But KHOU-TV reports that "witnesses said a suspect ran down a hallway randomly stabbing students in the Health and Science Center."

Quick, according to the Chronicle, was "born deaf [and] received a cochlear implant as a child." People in the neighborhood where Quick lives with his parents described him as a "once-shy kid who remained a bit of a loner."

Quick is to be held without bail and will undergo psychiatric tests, the Chronicle now reports. The newspaper says that prosecutor Caroline Dozier told a judge Wednesday that "in a videotaped confession, [Quick] admitted he stabbed the complainants with an Exacto knife and a scalpel because of his fantasy to kill people."

KHOU-TV has posted a video clip from Wednesday's court hearing, in which the prosecutor can be heard telling the judge that there are more than three "complainants," but that at this point "we've only filed [charges related] to three."

KHOU-TV also says that "at an afternoon press conference Wednesday, Sheriff Adrian Garcia said investigators were looking into the possibility that Quick may have discussed his plans in an online chatroom."

KUHF has been posting updates from Garcia's news conference here.

The Chronicle also points to an April 1 post about Quick in a blog for teens making the transition from high school to college. In the Chronicle's words, the post "described how Quick began coming to the Harris County Public Library's on-campus branch as a 12-year-old for activities that helped him transform from a withdrawn preteen to an outgoing college student. ... After rarely speaking during his first two years, 'Dylan became loquacious, sharing his analyses of literature and socializing with his book club comrades,' the post said, adding that his involvement increased his hearing and communication skills. ... The profile said that he planned to finish his associate's degree, transfer to the University of Houston, then pursue an accounting career."

That blog post appears to have now been removed from the Web,