Accessibility links
Will North Korea Claim Victory And Stand Down? : The Two-Way The North is expected to test another ballistic missile in the next few days. Its rhetoric has been hot in recent weeks. But there's a case to be made that once the U.S. and South Korea wrap up military exercises, the North will declare it won this war of words.

From 'Morning Edition': Frank Langfitt and David Greene discuss the latest news from the Korean peninsula

Listen
Will North Korea Claim Victory And Stand Down?

Will North Korea Claim Victory And Stand Down? 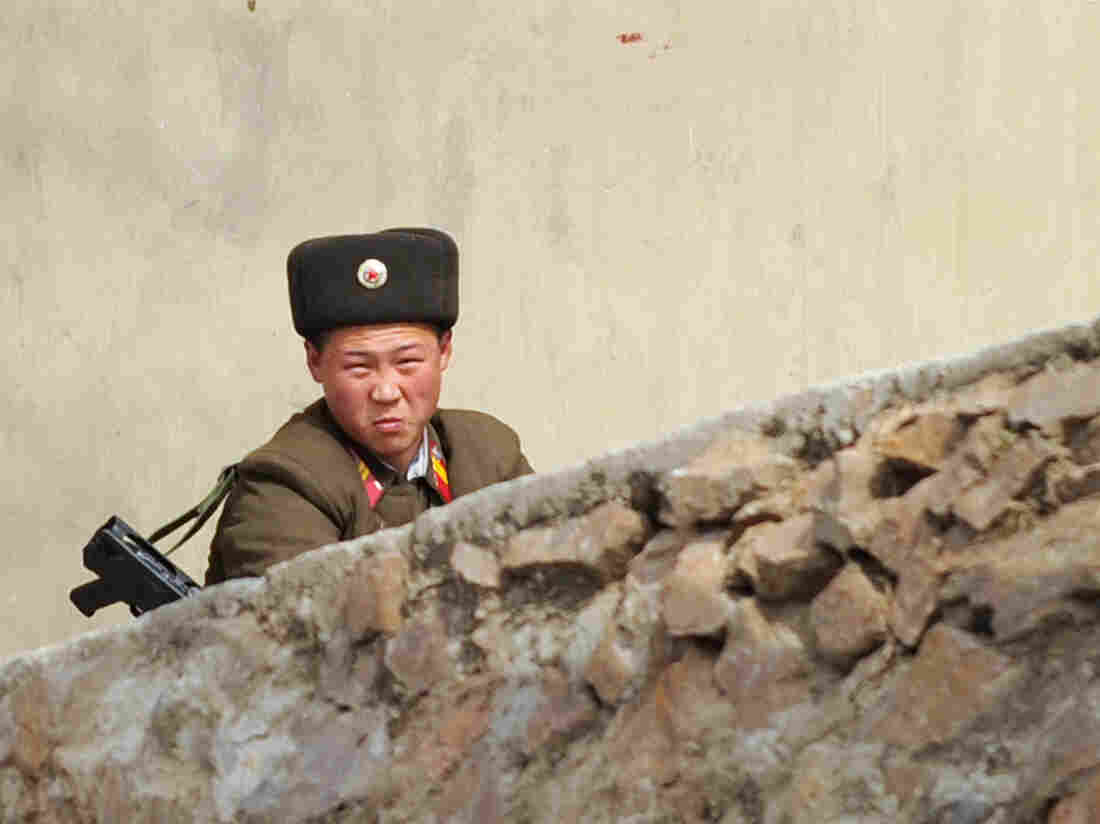 On Wednesday, a North Korean soldier looked on from the banks of the Yalu River on the border with China. Wang Zhao/AFP/Getty Images hide caption 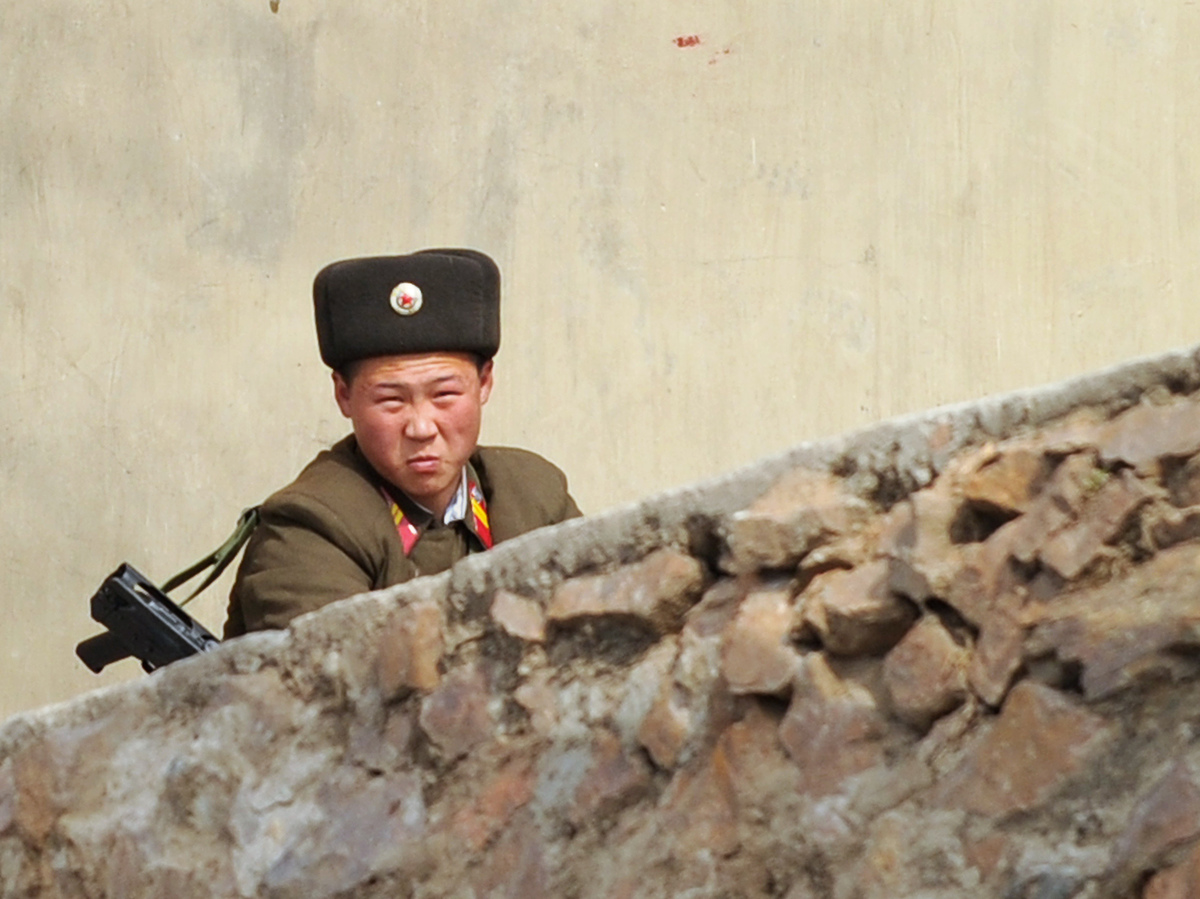 On Wednesday, a North Korean soldier looked on from the banks of the Yalu River on the border with China.

As the world waits for what's expected to be another ballistic missile test by North Korea sometime in the next few days, NPR's Frank Langfitt reports there's reason to think that tensions on the Korean Peninsula might soon ease.

On Morning Edition, Frank passed along analysis from Daniel Pinkston, who focuses on North Korea for the International Crisis Group, a nonprofit organization "committed to preventing and resolving deadly conflict."

Pinkston says that once the U.S. and South Korean militaries conclude their joint exercises later this month, North Korea "will probably claim victory. ... They will say that 'look, the Americans were really going to invade us. They were preparing for it and they ran away scared because of our nuclear deterrent [and] our great commander. ... Now we can celebrate.' "

From 'Morning Edition': Frank Langfitt and David Greene discuss the latest news from the Korean peninsula

Pinkston already sees signs that the North, even as it is preparing for a missile test and continues to issue threats against the South and the U.S., is preparing for a shift in approach. He told Frank that in the past week the North Korean media have been focusing more on issues such as economic development.

North Korean leader Kim Jong Un may be looking for a way out, Pinkston says.

Frank is on assignment in Seoul.

As for other news from the Korean Peninsula:

-- American Secretary of State John Kerry is due in Seoul on Friday. The stop is part of a trip that will include a visit to Beijing. North Korea's latest round of rhetoric will be atop Kerry's agenda.

"North Korea has raised at least one missile into its upright firing position Wednesday, raising concerns that a launch was imminent, a U.S. official told CNN Thursday."