Accessibility links
Will Tiger Master Augusta Again? : The Two-Way Whether Woods will win is again the big question. But he's not the only story. Consider 14-year-old Tianlang Guan, the youngest person to ever play in the tournament. 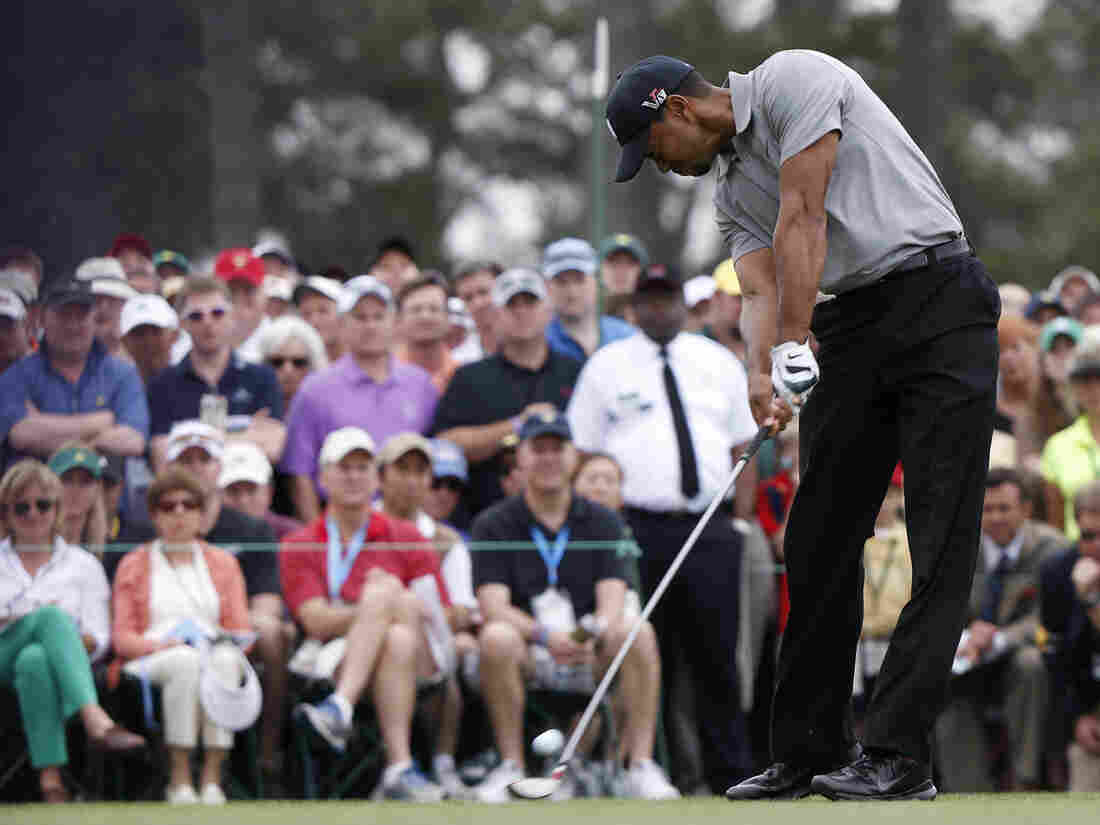 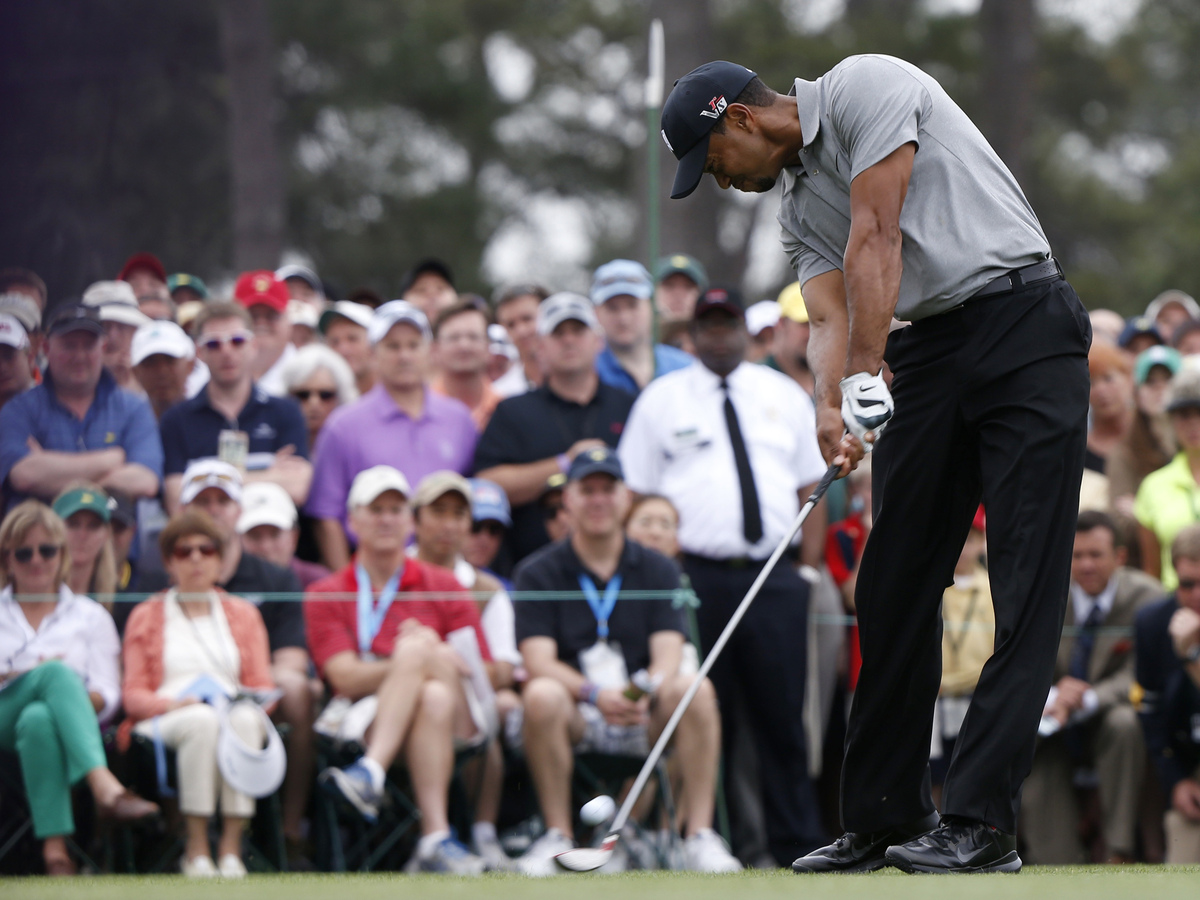 Tiger Woods tees off on the first hole Thursday at the Masters tournament in Augusta, Ga.

Play has begun at the 77th Masters in Augusta, Ga., and again this year the big question is whether Tiger Woods is really "back" and will win his first major championship since 2008.

On Morning Edition, NPR's Tom Goldman told host David Greene that the way Woods has been playing in recent months it appears "all systems are go" for the superstar. Woods has already won three tournaments this year and has reclaimed the No. 1 spot in world rankings — the position he was accustomed to before his personal life exploded on to front pages in late 2009.

Woods was among a group that teed off at mid-morning Thursday. He was one under par after the first seven holes. You can track the leaders on the Masters' website. The TV broadcasters are ESPN (3 p.m. ET to 7:30 p.m. ET on Thursday and Friday) and CBS-TV (3 p.m. ET to 7 p.m. ET on Saturday; 2 p.m ET to at least 7 p.m. ET on Sunday).

Of course, Woods isn't the only interesting story this week:

-- Fourteen-year-old amateur Tianlang Guan is the "youngest player in the history of the Masters, and the second-youngest player ever to compete in a major," as ESPN says. He qualified for the Masters by winning the Asia-Pacific Amateur Championship in Chonburi, Thailand, last November. According to ESPN:

"On the final hole of regulation, he needed to sink a 5-footer for par to win the tournament and the automatic Masters invitation that came with the victory. There are PGA Tour pros whose legs would turn into mashed potatoes standing over that putt. Tianlang knocked it into the beefy part of the cup."

-- Keegan Bradley, writes Golf Channel's Jason Sobel, "has been knocking on the door all year without breaking through it yet" and could be in position to win the tournament and the famous green jacket that comes with being the champion.

-- Former Secretary of State Condoleezza Rice and South Carolina financier Darla Moore are making their first appearances at August National since becoming the first women to be admitted as members. The Guardian says that Augusta has fallen "in love with Condoleezza Rice, first lady of the Masters."

-- And for those who need to know, Woods' new girlfriend — Olympic skier Lindsey Vonn — is among the spectators at the Masters.