Accessibility links
'Sandy' Retired From Storm Names; 'Sara' Takes Its Place : The Two-Way When a storm is so deadly that using the name again would be insensitive, a replacement is found. Sandy, which hit the Caribbean and the U.S. last fall, left behind nearly 150 dead and more than $50 billion in damages. 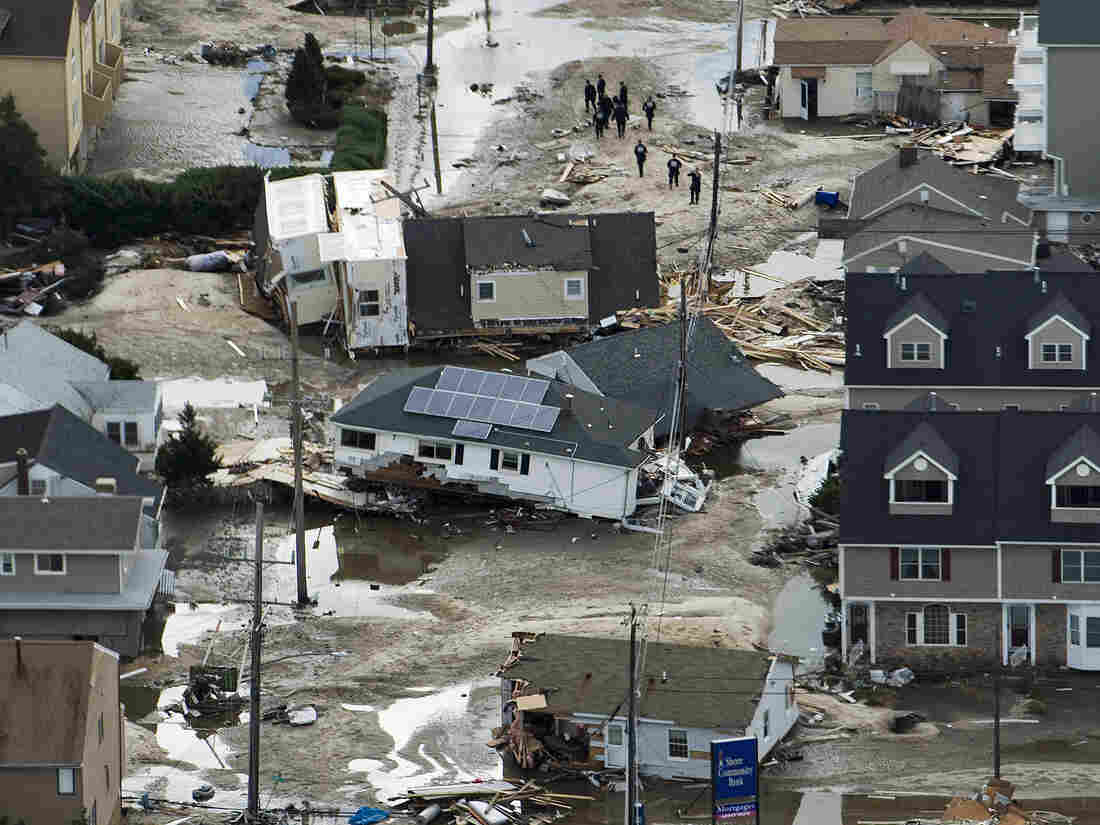 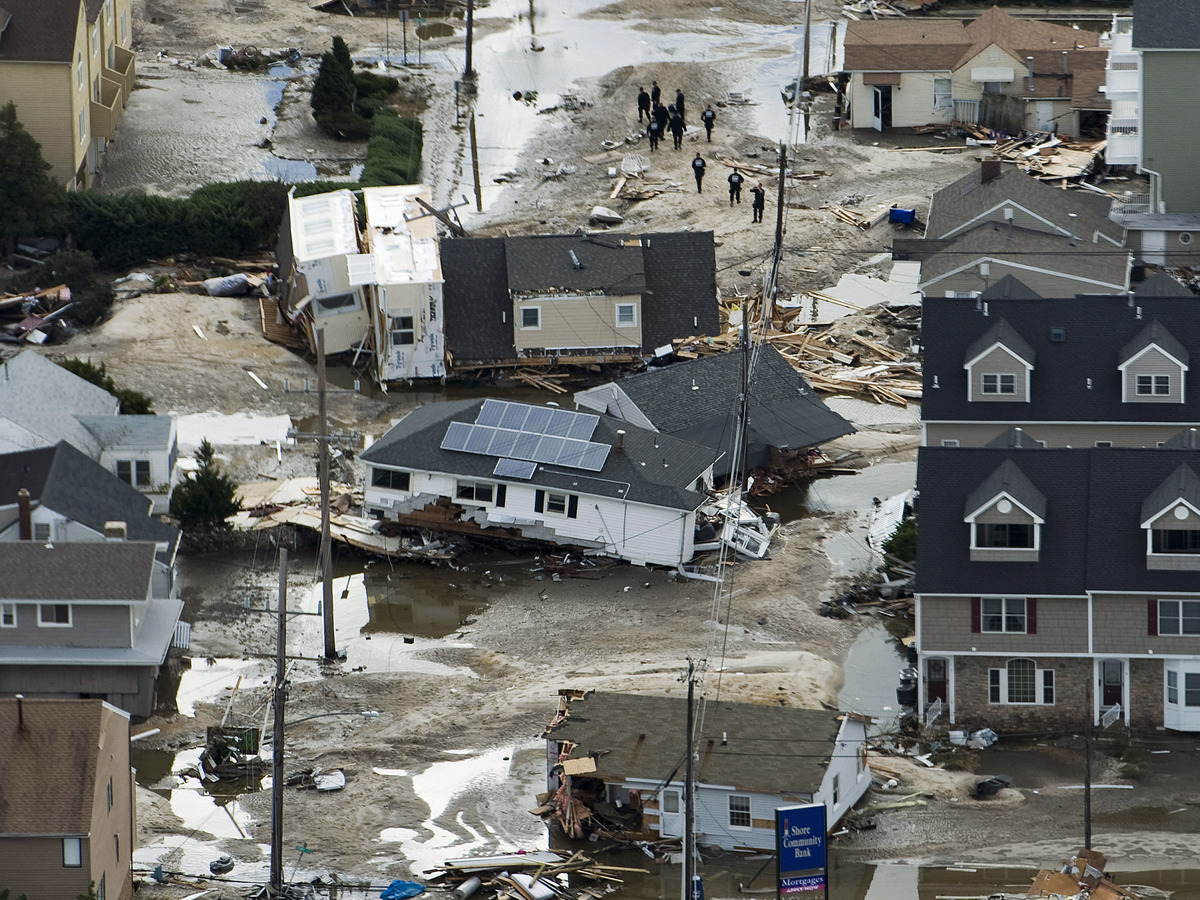 Oct. 31, 2012: Some of the destruction caused by Hurricane Sandy in Seaside Heights, N.J.

"Sandy has been retired from the official list of Atlantic Basin tropical cyclone names by the World Meteorological Organization's hurricane committee because of the extreme impacts it caused from Jamaica and Cuba to the Mid-Atlantic United States in October 2012," the National Oceanic and Atmospheric Administration writes.

The storm names are administered by the World Meteorological Organization.

"Storm names are reused every six years for both the Atlantic and eastern North Pacific basins. If a storm is so deadly or costly that the future use of the name would be insensitive or confusing, the WMO hurricane committee, which includes personnel from NOAA's National Hurricane Center, may retire the name. Sandy is the 77th name to be retired from the Atlantic list since 1954. The name will be replaced with 'Sara' beginning in 2018."

The Baltimore Sun's Maryland Weather blog reminds readers that "Sandy was the second-costliest hurricane in U.S. history at $50 billion, behind Katrina, according to the hurricane center. The storm is blamed for 147 deaths, 72 of them in the U.S. It also devastated Jamaica and Cuba."

The National Weather Service has the list of retired storm names posted here.

"The practice of naming storms (tropical cyclones) began years ago in order to help in the quick identification of storms in warning messages because names are presumed to be far easier to remember than numbers and technical terms," WMO writes.

The 2013 list of names to be used for storms in the Caribbean, Gulf of Mexico and North Atlantic: