Accessibility links
Kerry Warns North Korea, But Holds Out Hope For Diplomacy : The Two-Way While condemning North Korea's recent rhetoric as "unacceptable," the secretary of state also said the U.S. wants to talk — if the North is serious about discussing denuclearization.

Kerry Warns North Korea, But Holds Out Hope For Diplomacy

Kerry Warns North Korea, But Holds Out Hope For Diplomacy 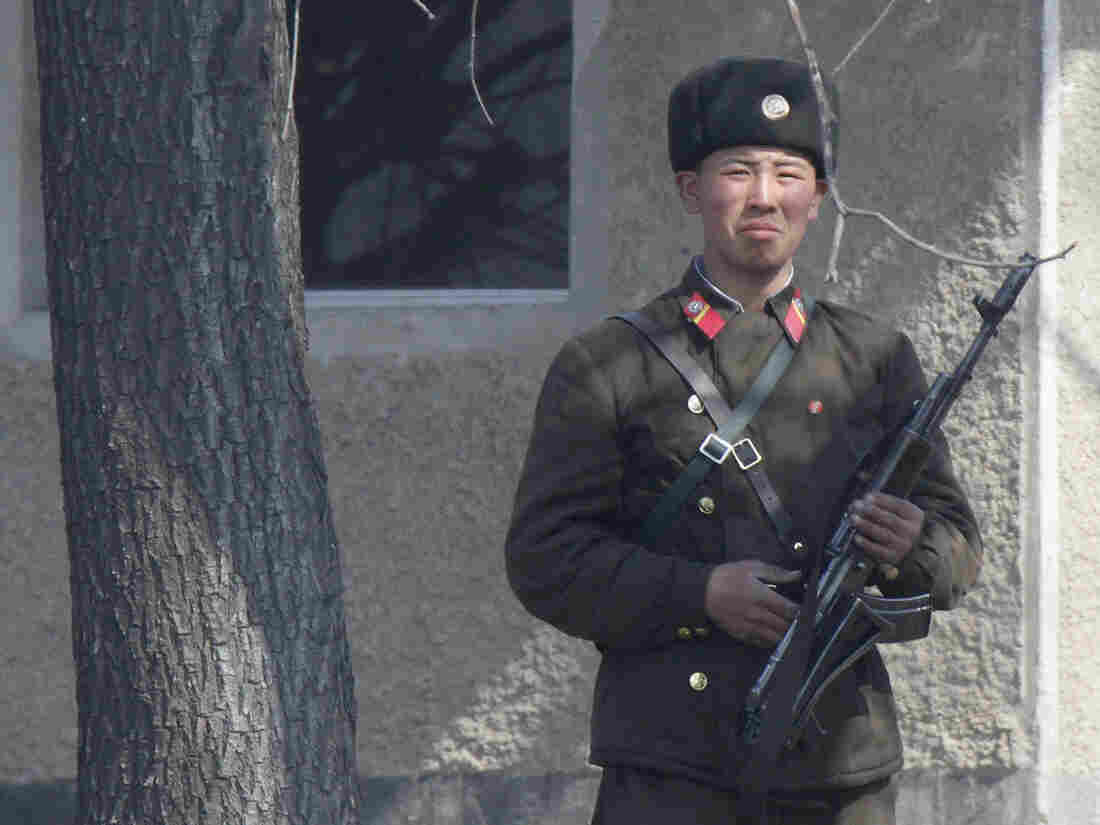 A North Korean soldier on the bank of the Yalu River, near the North Korean town of Sinuiju, along the Chinese border. Jacky Chen /Reuters /Landov hide caption 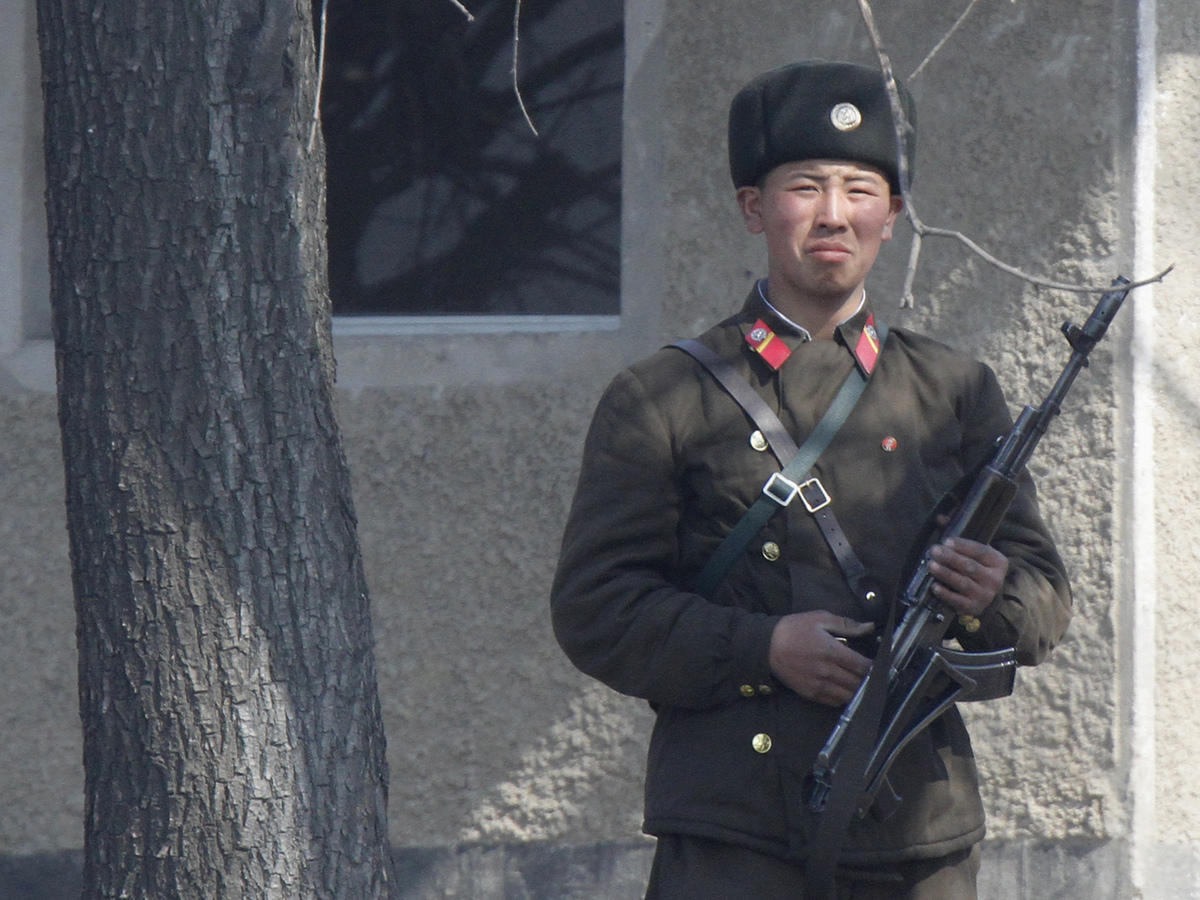 A North Korean soldier on the bank of the Yalu River, near the North Korean town of Sinuiju, along the Chinese border.

Walking a line meant to show both resolve and willingness to trust in diplomacy, Secretary of State John Kerry warned North Korea on Friday not to engage in more warmongering — but also said the U.S. is willing to talk with that communist state if it's serious about discussing denuclearization.

"No one is going to talk for the sake of talking," Kerry said, but the U.S. does want to see a peaceful resolution of the latest crisis on the Korean peninsula.

America's top diplomat said the recent warlike words coming from North Korea are "unacceptable by any standard" and added that the North must not be allowed to become a nuclear-armed state.

But, he noted, the U.S. is also hoping to cool the rhetoric coming from Pyongyang.

Kerry said it would be a mistake for North Korea to follow through on what appear to be plans to test fire a ballistic missile in coming days.

"If North Korea decided to fire [the missile] it would really be one more, unnecessary, unfortunate, unwanted contribution to an already volatile, potentially dangerous situation," the secretary said.

Kerry's trip, which will include a visit to China — where he will urge its leaders to put pressure on North Korean leader Kim Jong Un — comes as the Pentagon's intelligence unit warns North Korea may have developed the technology to create nuclear weapons that are small enough to fit on a long-range missile.

Other U.S. and South Korean intelligence agencies disagree with that analysis, though.

As we wrote Thursday, a case can be made that North Korea might soon declare "victory" and stand down. You can see all our recent posts about the situation here.