Accessibility links
ICE Union President Asks Rubio To Leave 'Gang Of Eight' : The Two-Way The Immigration and Customs Enforcement union is concerned the bipartisan group working on immigration legislation is putting a path to citizenship ahead of border security. Florida Republican Marco Rubio is seen as key for garnering conservative support. 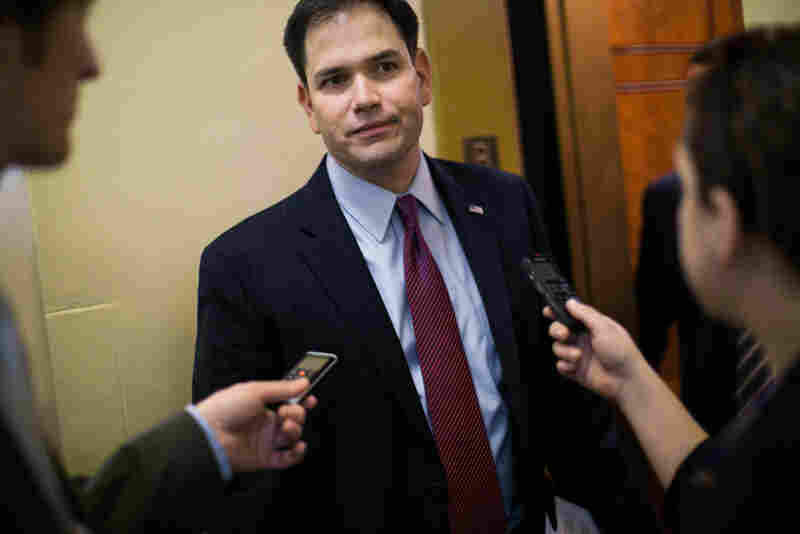 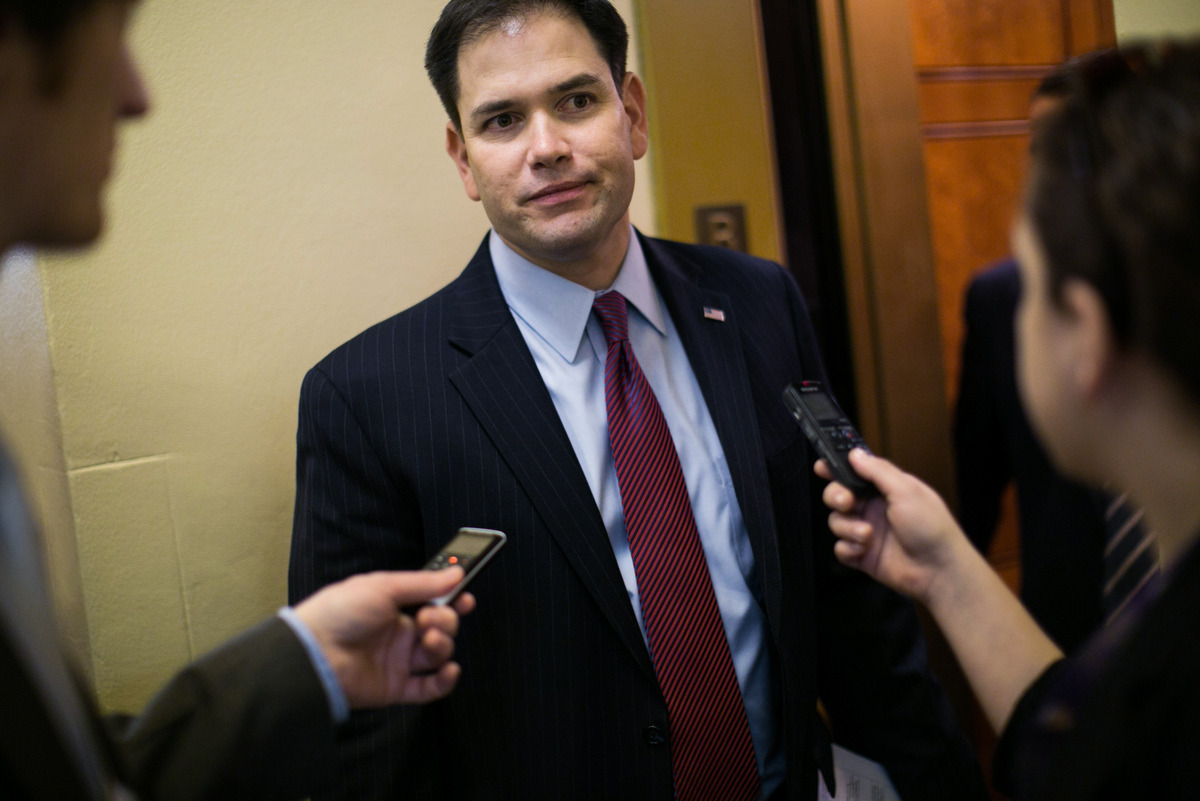 Florida Sen. Marco Rubio is a member of the so-called "Gang of Eight," a bipartisan group of lawmakers working on immigration reform.

The president of the Immigration and Customs Enforcement union is calling on Republican Sen. Marco Rubio of Florida to step down from the Gang of Eight. The bipartisan group of lawmakers is working on immigration overhaul legislation, which could be released next week, and Rubio is considered an important factor in getting conservatives to support the effort.

Chris Crane, of the National ICE Council, is concerned that border enforcement is not the group's first priority. In a statement Friday, he said:

"... The outline from the Gang of 8 offers legalization, or amnesty, before enforcement is accomplished. ... I would then respectfully call on Senator Rubio to follow through on his commitment to the American people — and his pledge to accomplish enforcement before legalization — and to leave the Gang of 8."

"Our hope is that rather than attacking something they haven't seen, people will give good-faith consideration to the proposal after it's introduced and suggest ways to improve it.

"The border security and enforcement measures in our proposal will result in the toughest immigration and border enforcement in U.S. history. There will be tough but achievable hurdles that tie border security directly to the pathway to citizenship, and if these triggers are not part of the legislation, there won't be a bipartisan deal."

Sunday, Rubio will be appearing on seven talk shows, "a key sign that immigration reform is on track to pass Congress," the Los Angeles Daily News says.