Accessibility links
Adam Scott : The Two-Way Australia's Adam Scott won in a dramatic two-hole playoff with Argentina's Angel Cabrera. The consensus is that one of golf's most-liked guys has now won his first "major."

On 'Morning Edition': Tom Goldman reports on the 2013 Masters 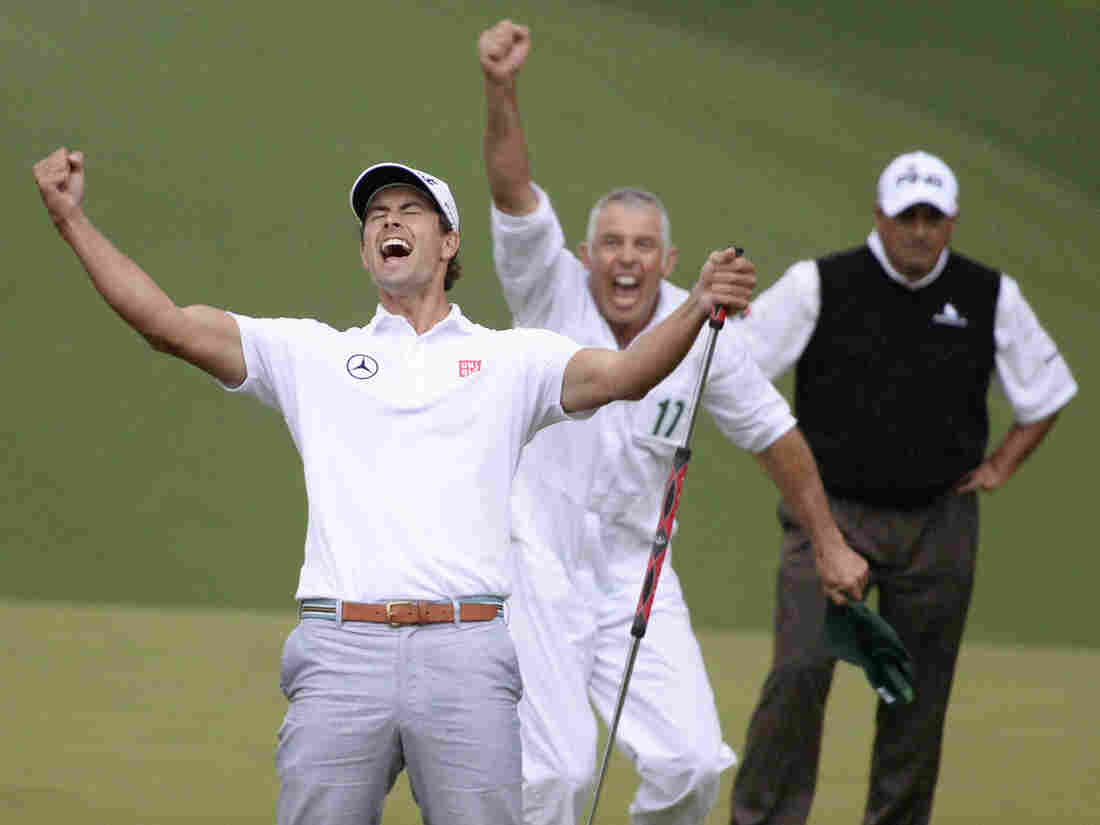 Adam Scott (left) of Australia celebrates after winning a playoff against Angel Cabrera (right) of Argentina at the Masters golf tournament in Augusta, Ga. In between them is Steve Williams, Scott's caddie. Kyodo /Landov hide caption 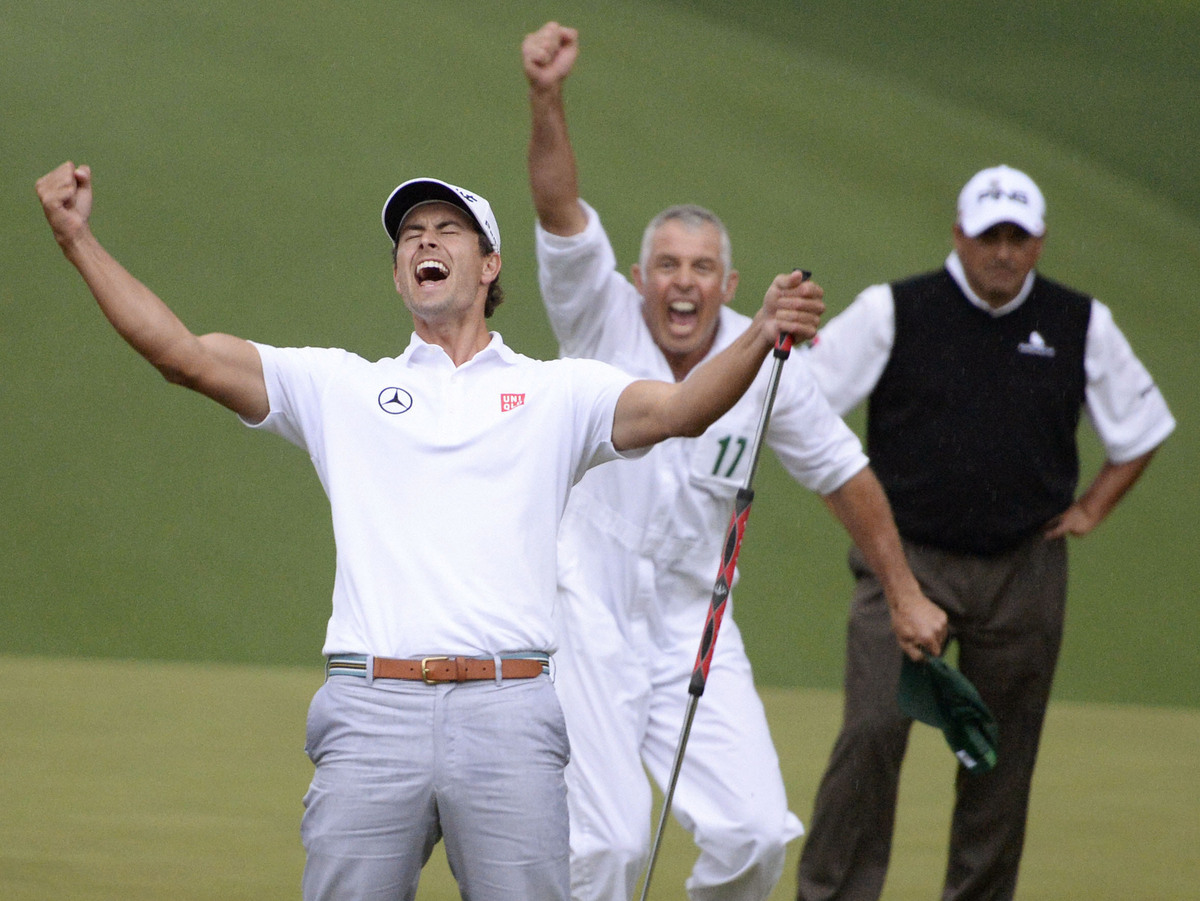 Adam Scott (left) of Australia celebrates after winning a playoff against Angel Cabrera (right) of Argentina at the Masters golf tournament in Augusta, Ga. In between them is Steve Williams, Scott's caddie.

Search the morning-after stories about Sunday's dramatic finish at golf's Masters Tournament and one thing becomes clear. Adam Scott, the 32-year-old Australian who won after a two-hole playoff with Argentina's Angel Cabrera, seems to be one heck of a guy:

-- "He's one of the 10 nicest guys you'll ever meet," writes ESPN's Gene Wojciechowski. "Everybody — women, corporations, his native Australia — loves him. And now, at long last, so does a major."

-- "Adam's a good winner," Cabrera said Sunday night. "I would have been happier if I had won, but he's a great player, I get along with him, we've played together in the President's Cup, and I'm happy for him."

The other theme following Scott's win is the effect it's had in his homeland, as The Golf Channel writes:

"It is Monday in Melbourne, but all of Oz awoke to an unofficial, impromptu holiday. Australia's long Masters nightmare ended on a rainy Sunday. On a day ready-made for a duck, Adam Scott outlasted Angel 'El Pato' (The Duck) Cabrera to end the 'Aussie Duck,' the cricket term that means zero, which was the grand sum of green jackets collected before Sunday's wet and wild finish."

Scott and Cabrera finished the tournament tied at 9-under par. As for some of the other notables:

-- Another Australian, Jason Day, finished third. He was 7-under par.

-- Tiger Woods finished tied at fourth. He was 5-under par.

-- Tianlang Guan, the 14-year-old from China who's the youngest person to ever play in the Masters, finished 58th. He was 12-over par.

On 'Morning Edition': Tom Goldman reports on the 2013 Masters