Accessibility links
George W. Bush: 'I'm Comfortable With What I Did' : The Two-Way In a long interview with The Dallas Morning News, the former president says that "nobody likes to be criticized all the time," but that he made the right decisions based on the information he had at the time.

George W. Bush: 'I'm Comfortable With What I Did'

George W. Bush: 'I'm Comfortable With What I Did' 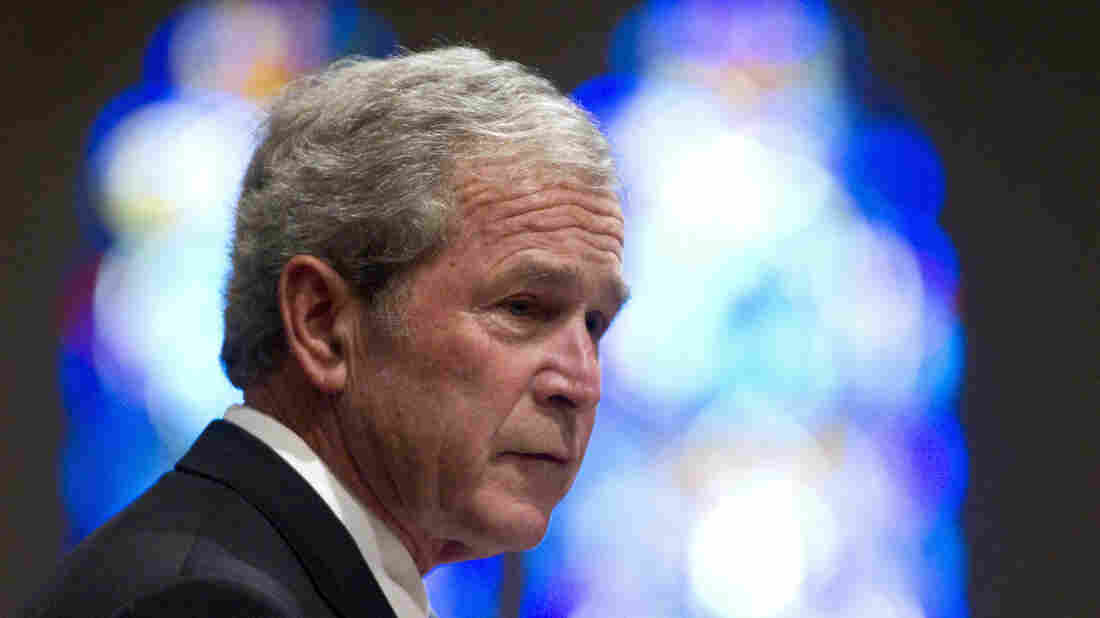 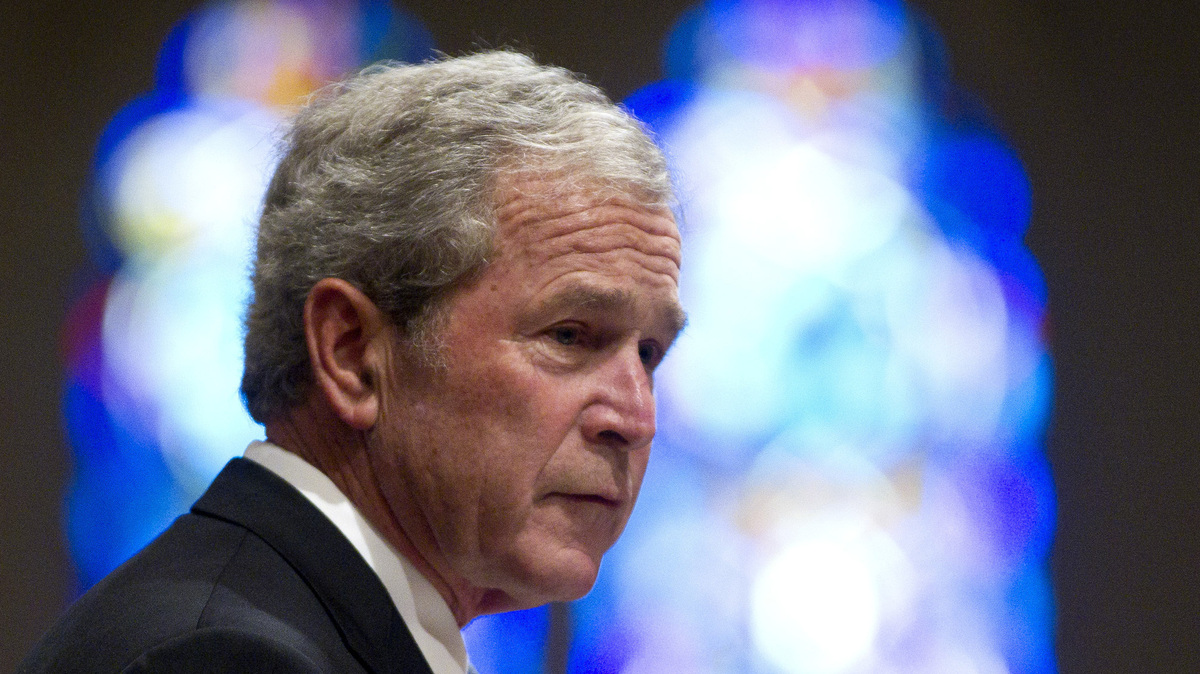 Former President George W. Bush, as he delivered a tribute at the funeral for pianist Van Cliburn last month in Fort Worth, Texas.

Since President George W. Bush left office in 2009, The Dallas Morning News writes, he has been "a punching bag for [President] Obama, Democrats and even some Republicans."

But while Bush told the Morning News during an interview for a long story posted over the weekend that "nobody likes to be criticized all the time," he also indicated that the criticism hasn't caused him to question his decisions:

The Morning News story, posted here but behind its pay wall, gives Bush considerable space to defend his record. For example:

-- "Bush ... took on those — including many members of his own party — who say his policies led to excessive spending. He compared himself to Clinton, George H.W. Bush and Ronald Reagan on several economic statistics. In his tenure, total government debt in relation to the size of the overall economy, 'which is the only accurate measure across the administrations, was close to Ronald Reagan's and less than 41 and 42,' he said."

-- "Near the Iraq war's 10th anniversary — as many stepped forward to revisit their criticism of the conflict — Bush made no mention of weapons of mass destruction, 'enhanced interrogation techniques' or other controversies. But he reflected on the 'realities of the situation 10 years ago': that the Iraq invasion had bipartisan support and that seeking regime change in Iraq had also been the policy under Clinton. 'It's easy to forget what life was like when the decision was made,' Bush said."

The former president also talks about his new hobby — painting: "People are surprised," he said. "Of course, some people are surprised I can even read. ... I like challenges. ... It's important to set goals in life and have purpose."

Politico writes that "the interview comes at the start of two weeks of publicity for Bush. The George W. Bush Presidential Center, which includes a think tank bearing the name of the 43rd president and his presidential library, will open on April 25 on the Southern Methodist University campus. The four other living presidents will travel to Dallas to attend the opening."

The former president has also been in the news today because he's just become a granddad for the first time.