Accessibility links
European Union Report Details Growth Of Human Trafficking : The Two-Way In Europe, more than 23,600 people were victims of human trafficking during a recent three-year period, according to a new European Union report. The comprehensive study, which gathered data from more than 30 nations, found that trafficking increased by 18 percent between 2008 and 2010. 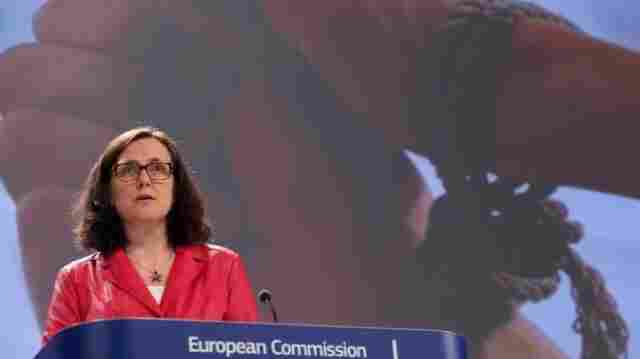 EU Home Affairs Commissioner Cecilia Malmström said Monday that "trafficking in human beings is all around us, closer than we think." European Union hide caption 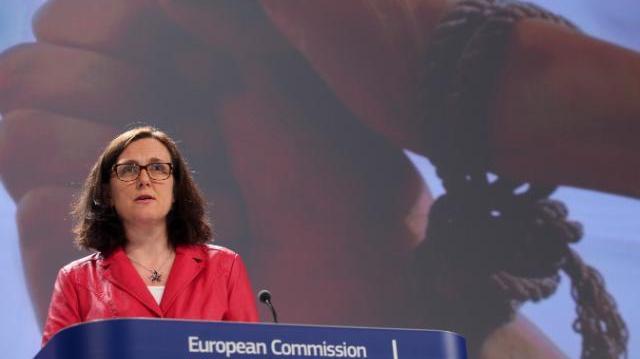 EU Home Affairs Commissioner Cecilia Malmström said Monday that "trafficking in human beings is all around us, closer than we think."

More than 23,600 people were victims of human trafficking in Europe during a recent three-year period, according to a new European Union report that says the problem is growing worse. Its authors say the official figures do not come close to describing the crime, which has "hundreds of thousands of victims."

The study (pdf), which gathered statistical data from more than 25 European nations, found that human trafficking increased by 18 percent between 2008 and 2010. In the same time span, the number of convictions for the crime fell by 13 percent.

"It is difficult to imagine that in our free and democratic EU countries tens of thousands of human beings can be deprived of their liberty and exploited, traded as commodities for profit," EU Home Affairs Commissioner Cecilia Malmström said as she released the report Monday. "But this is the sad truth and trafficking in human beings is all around us, closer than we think."

Often lured by a promise of a good-paying job, victims are drawn in by word of mouth, says the report, which also cites the Internet as both a recruitment tool and a means for advertising services. Once the victims are in the grasp of traffickers, they are controlled by force, deception, and debt bondage.

The statistical report, the first of its kind in Europe, provides new detail about trafficking's victims:

Reporting from Brussels for NPR's Newscast desk, Teri Schultz says that European officials say the status quo is unacceptable. "EU governments had two years to implement tougher standardized anti-trafficking legislation," she says. "That time is up, yet only 6 of the 27 members have done so."

The report also describes Europe's strategy for fighting the problem, including improving the EU's ability to identify and protect victims of trafficking.