Accessibility links
The Cruelest Month: Boston Blasts Join List Of Dark Incidents : The Two-Way The Oklahoma City bombing, the Columbine school shootings and the Chernobyl nuclear disaster are among the infamous and sometimes horrific moments that have occurred during the month of April.

Howard Berkes is an NPR correspondent based in Salt Lake City.

It may have been the dumbest thing I ever said. On April 19, 1999, I stood before an audience at Idaho State University in Pocatello, talking about the cruelest month. April, I pointed out, and April 19 in particular, have provided celebrated, infamous and sometimes horrific moments in our history.

What was it about the month, I wondered, or the time of year, that made April so meaningful and at times so cruel? Back then, the list was relatively short: 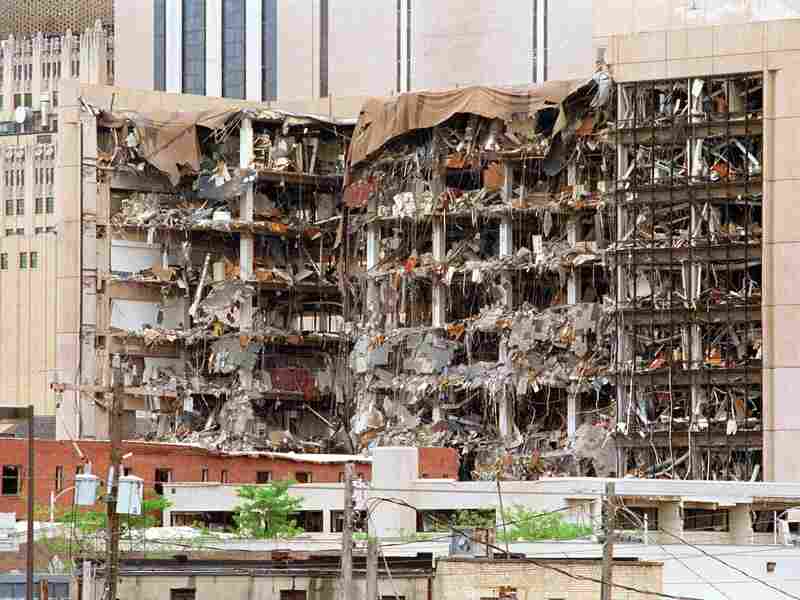 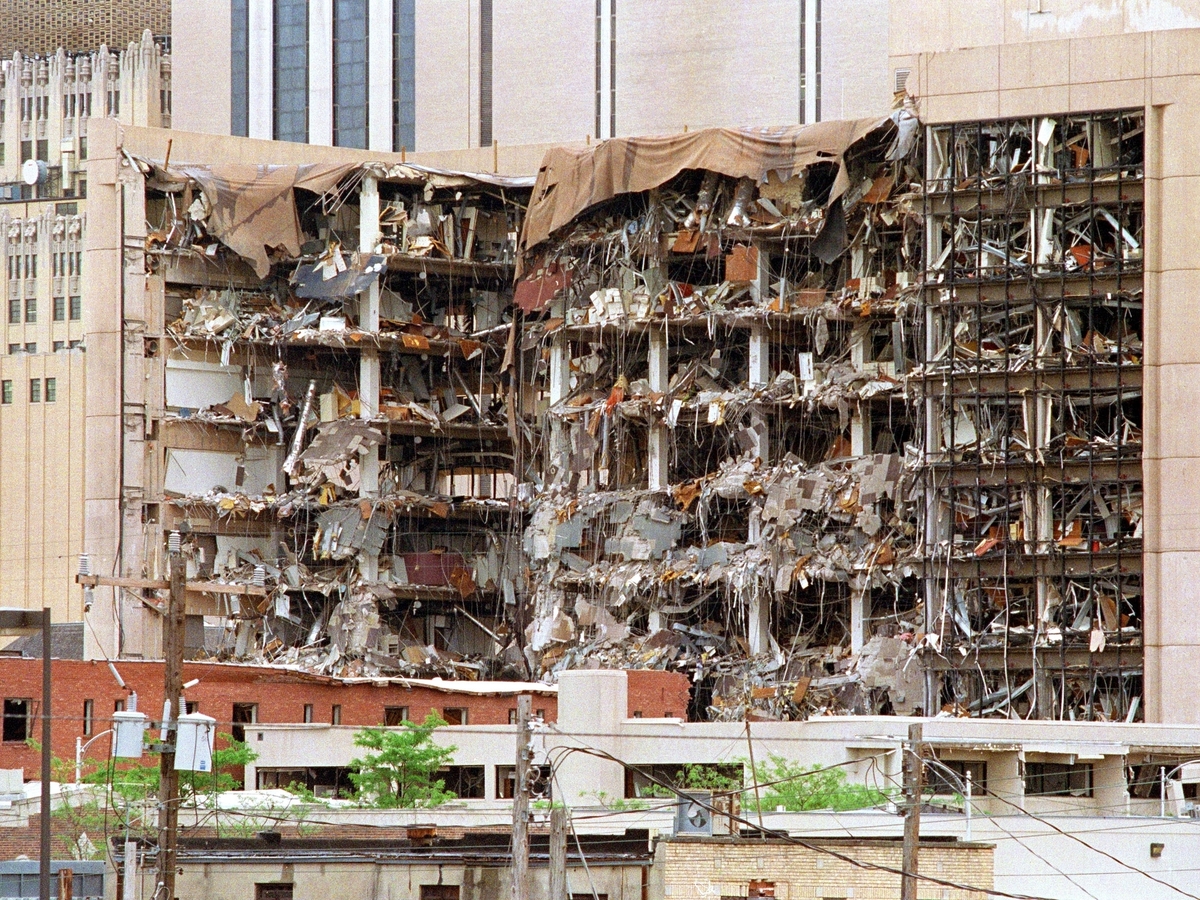 Oklahoma City Bombing: The Albert P. Murrah Federal Building shows the devastation caused by a fuel and fertilizer truck bomb on April 19, 1995. The blast killed 168 people and injured more than 500.

In the wake of the Oklahoma City bombing and the Branch Davidian siege, some noted that April 19 seemed to be a lightning rod for the militia movement and the anti-government crowd. The American Revolution began at Lexington and Concord on April 19, 1775. Add in the Warsaw Ghetto uprising (1943), and the day, according to some who were monitoring militia and hate groups, seemed to symbolize armed resistance to government authority.

For neo-Nazis, they added for good measure, April 20 was important because it was Hitler's birthday (1889).

So, I told the Idaho crowd of intent listeners that I had my pager at my hip and — this is the stupid part — I jokingly apologized in advance in case April cruelty struck again and I was forced to ditch the speech. 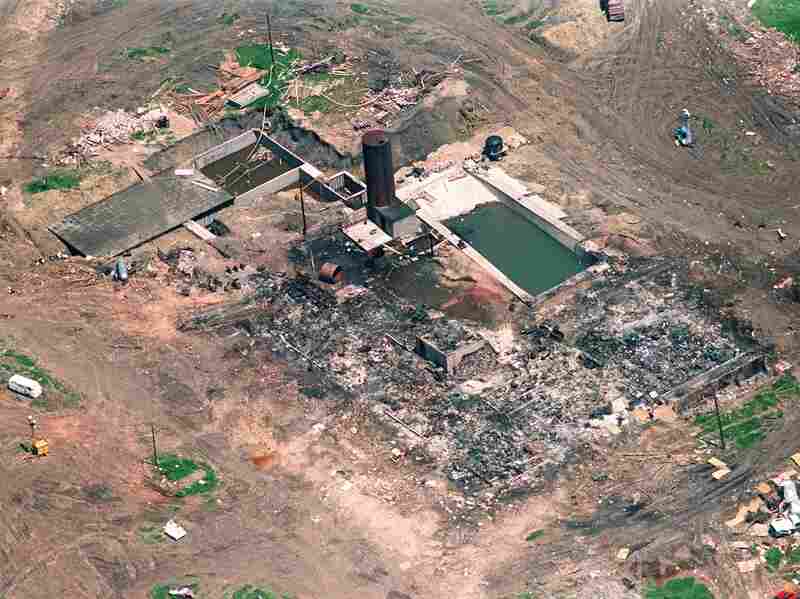 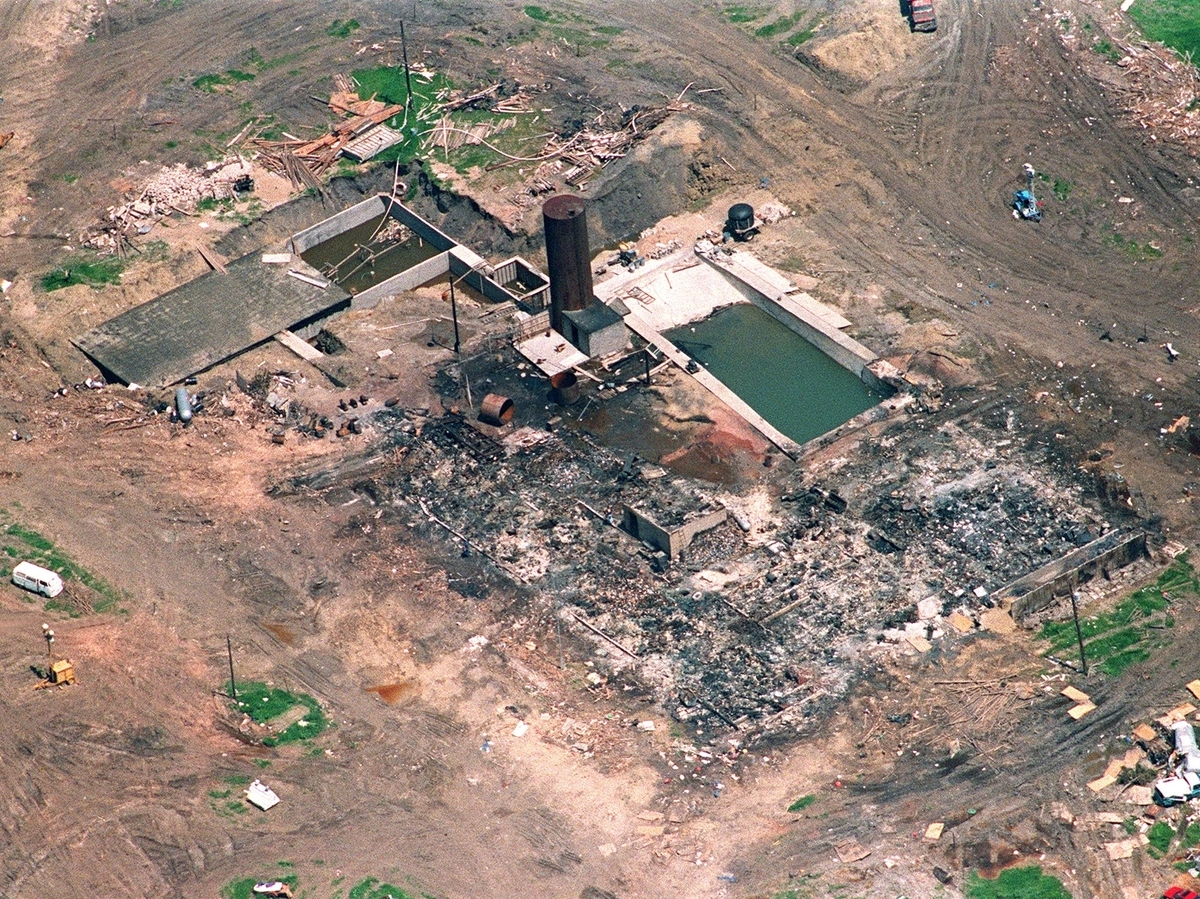 Driving home to Salt Lake City the next day, my pager went off and I was soon on a plane to Colorado. Two students at Columbine High School had killed 12 classmates and a teacher, and injured 21 others before killing themselves.

I vowed never to speak of April in that joking way again.

The cruelty continued anyway. On April 16, 2007, 32 people died and 17 were wounded by a gunman at Virginia Tech. On April 5, 2010, 29 coal miners died in a massive explosion at Massey Energy's Upper Big Branch mine in West Virginia. And now we have the bombings in Boston.

Two weeks ago, while on vacation and out of cellphone range deep inside a canyon in southern Utah, I had a 1999 moment. It's April, I thought, the cruelest month. What might happen while I'm away and off the grid? I remembered three blissful and news-free weeks on a raft in the Grand Canyon in April 1986. On the long drive back to town after leaving the river, we stopped at a trading post that had a dog-eared copy of Time magazine featuring the Chernobyl Nuclear Power Plant disaster on the cover.

There's no reason to believe, of course, that any of these incidents have anything to do with one another. Many are clearly not connected. And we'd probably find plenty of infamous and horrific news in every month of the year throughout history. But authorities investigating the Boston blasts will probably consider possible ties to Patriots Day (commemorating Lexington and Concord) and Tax Day, our deadline for tax returns, especially if domestic terrorism is suspected.

Of course, the Boston Marathon is a high-profile target, and that may be timing enough.

By the way, until 1968, both Patriots Day in Massachusetts and the Boston Marathon were regularly held on April 19.