Accessibility links
Social Media Helped Find Loved Ones After Marathon Bombing : The Two-Way With cellphone service hopelessly congested, many people turned to Twitter and Facebook to report their whereabouts or find out if family and friends attending the race were OK. 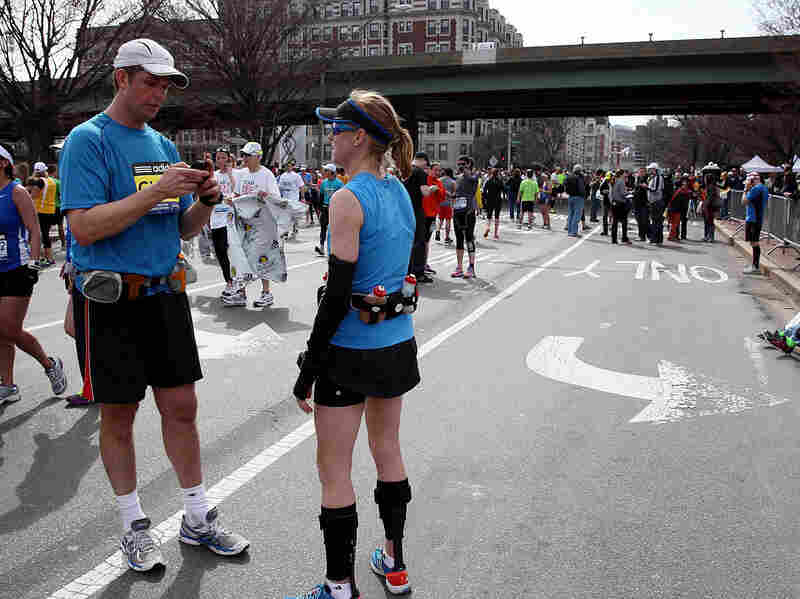 A runner uses his cellphone after two bombs exploded at the Boston Marathon on Monday. Alex Trautwig/Getty Images hide caption 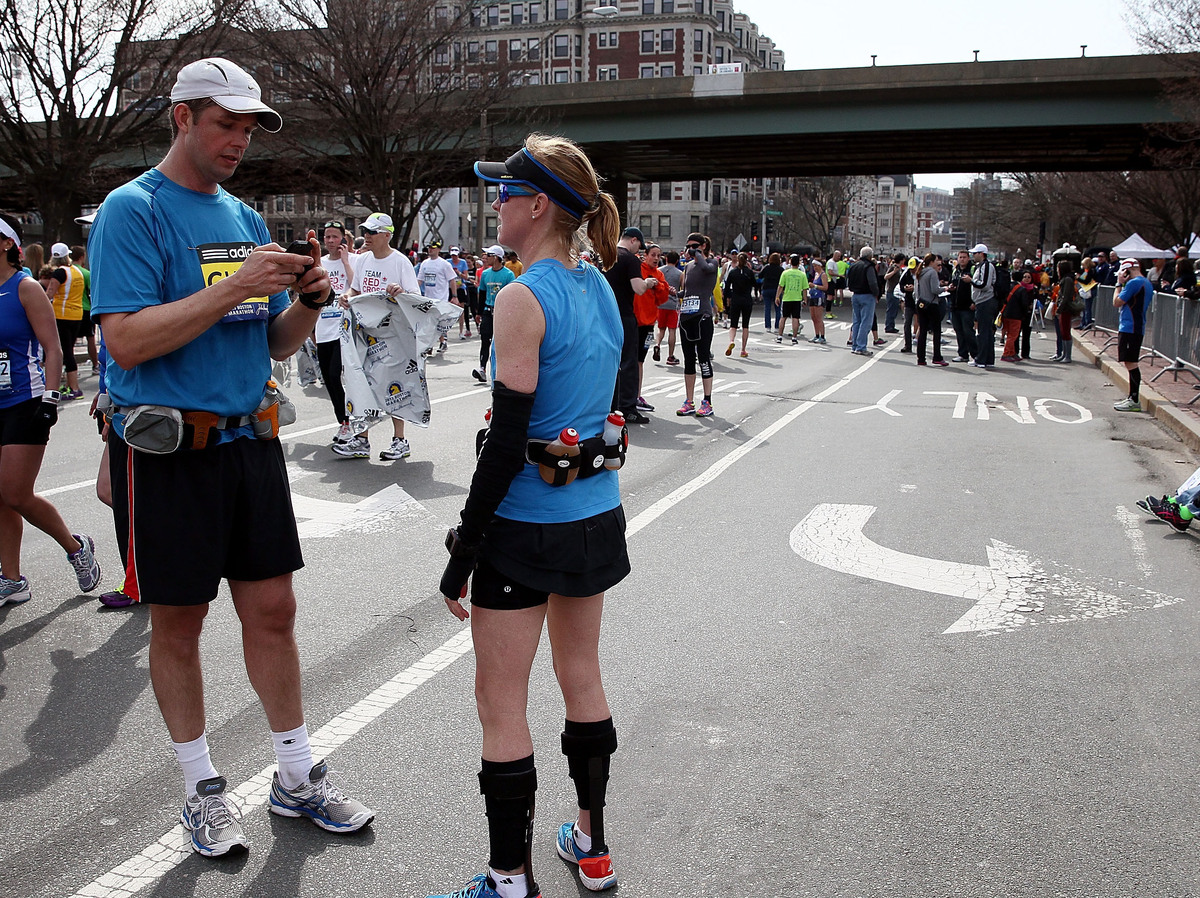 A runner uses his cellphone after two bombs exploded at the Boston Marathon on Monday.

In the chaos and mayhem that followed the Boston Marathon bombing, many people were frantic to learn the fate of friends and loved ones who were either in the race or watched it from the sidelines.

But heavy cellphone use caused frustrating delays and congestion in the system, prompting the Massachusetts Emergency Management Agency (MEMA) to tweet: "if you are trying to reach friends or family and can't get through via phone, try texing instead (less bandwidth)." Later, MEMA tweeted the Boston mayor's hotline number for locating individuals.

With cellphones mostly not working, marathoner Sara Bozorg and her boyfriend went home and logged onto Facebook, where she posted that she was OK.

"I have been following my friend's Facebook [account] who is near the scene, and she is updating everyone before it even gets to the news," Bozorg told National Geographic by email Monday night.

Another runner, 51-year-old Julie Jeske, of Bismarck, N.D., had finished about 15 minutes before the loud explosions ripped through the finish line. The Associated Press reports that she tried to call her parents but couldn't get through. Meanwhile, a friend was able to post on Facebook that she was all right.

"I felt so bad," Jeske told the AP. "When I was finally able to reach them, my mom said she was just absolutely beside herself with fear."

Others used Google's Person Finder website. A few hours after the explosion, the site indicated it was tracking 3,600 records, the AP reports. Another similar website, called Safe and Well, is run by the American Red Cross.

KTVI-TV in St. Louis reported the story of Sarah Dexter, who had come with some of her family to watch the race.

When the bombs went off, she dialed frantically and unsuccessfully on her cellphone trying to reach her cousin as another relative started running up the street to find her daughter.

Eventually a Facebook post and a text got through, and she located her cousin about an hour after the blasts, according to KTVI. None of Dexter's group was hurt in the explosions.