Accessibility links
IMF Lowers 2013 Economic Growth Forecasts : The Two-Way The International Monetary Fund has lowered its projections for global economic growth, including in the United States, citing sharp cuts in government spending and the struggling eurozone. 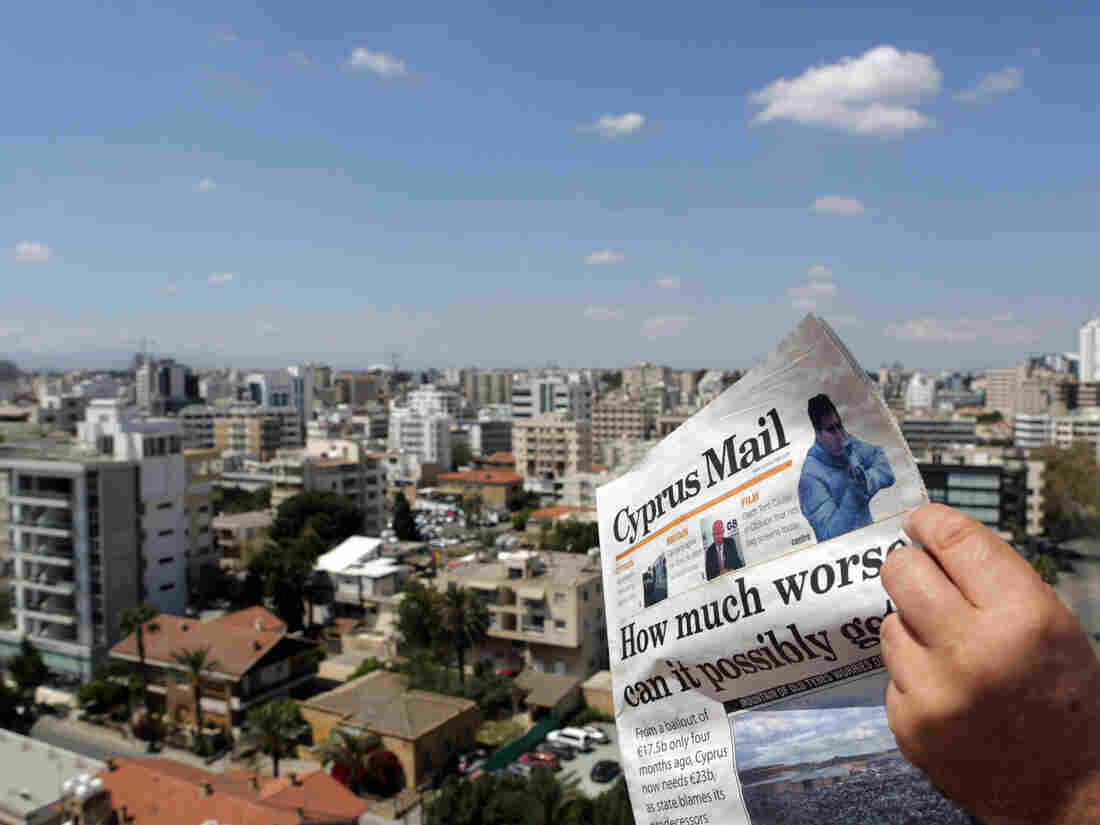 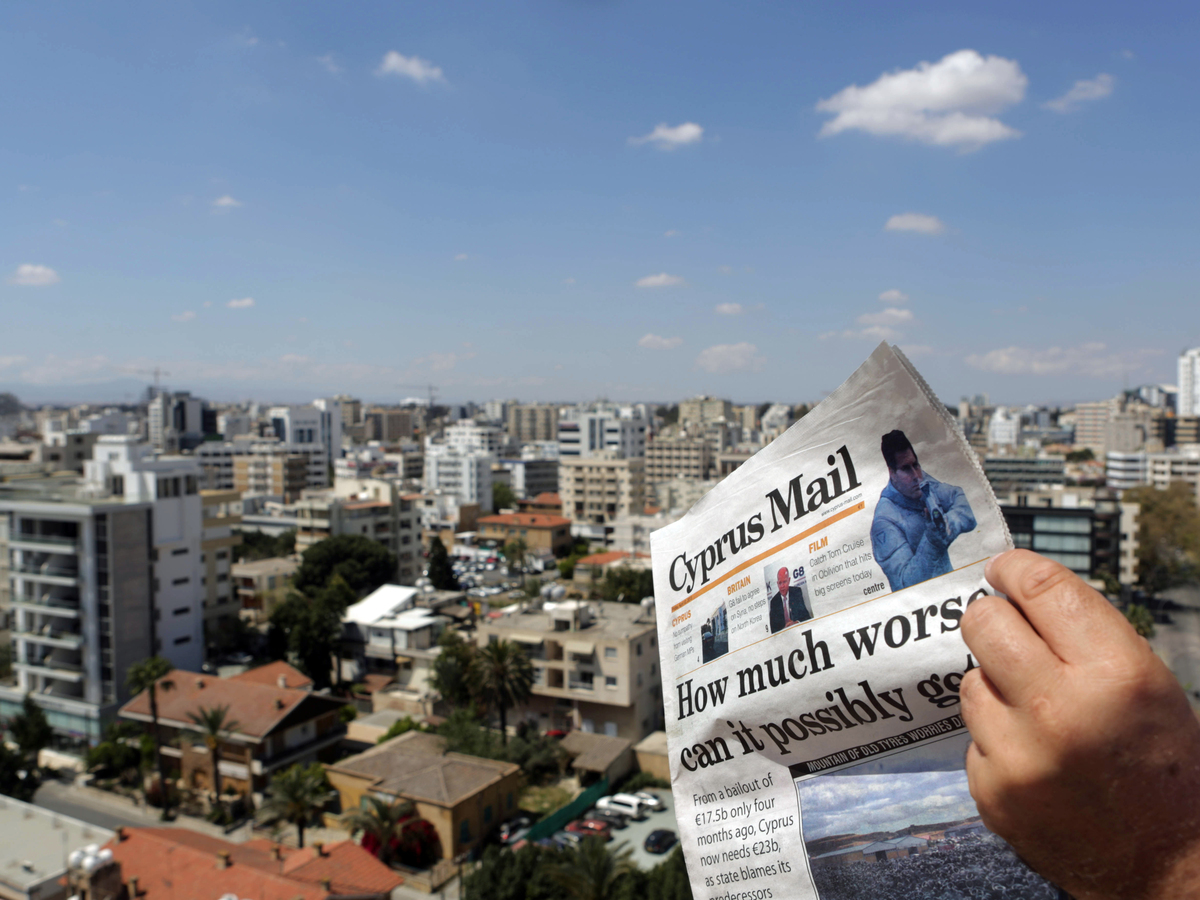 The IMF says economic woes in places like Cyprus will tamp down global growth.

The International Monetary Fund has lowered its projections for global economic growth, including in the United States, citing sharp cuts in government spending and the struggling eurozone.

The Washington, D.C.-based international lender's World Economic Outlook shaved its 2013 forecast to 3.3 percent from 3.5 percent. It also trimmed its projection for 2014 to 4 percent from 4.1 percent.

The IMF on Tuesday also pared back its forecast for growth in the U.S. economy this year, to 1.9 percent from 2.1 percent. 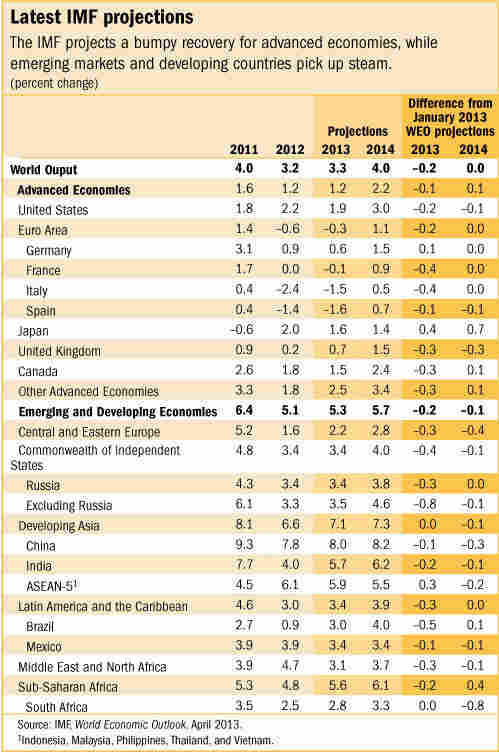 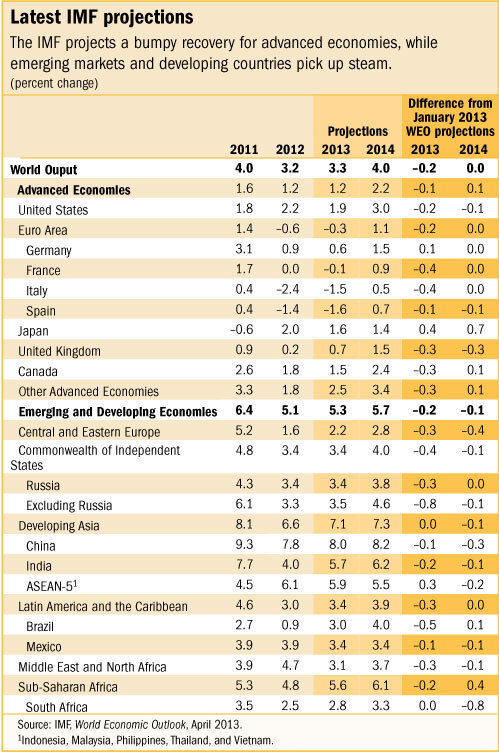 "Concerns revolve around the absence of strong fiscal consolidation plans in the United States and Japan; high private sector debt, limited policy space, and insufficient institutional progress in the euro area, which could lead to a protracted period of low growth," the report says.

"Risks from high sovereign debt generally limit the fiscal policy room for maneuver in most advanced economies, and fiscal adjustment must progress gradually to limit damage to demand in the short term," it cautions.

Speaking at a news conference on Tuesday, IMF chief economist Olivier Blanchard said: "Growth would probably be between 1.5 and 2 percent higher" if not for the reduced government spending.

The impact of government spending cuts and tax increases in the U.S. and other countries will likely be a topic of this week's meetings of the IMF and World Bank in Washington beginning Thursday, The Associated Press reports.