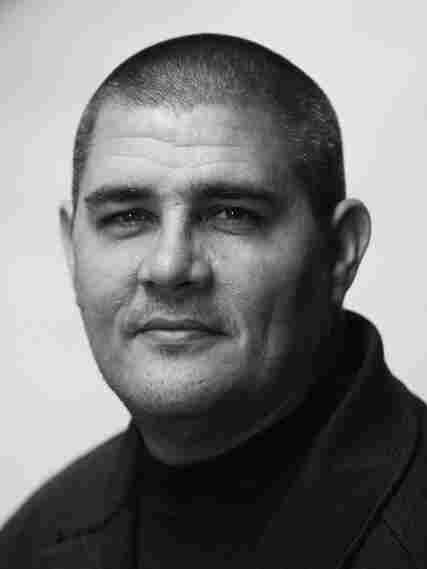 Novelist Adam Johnson spent time in North Korea and says "it was deeply surreal to walk among thousands of people in the streets of Pyongyang and see that the men all have the same exact haircut." Courtesy of Tamara Beckwith hide caption 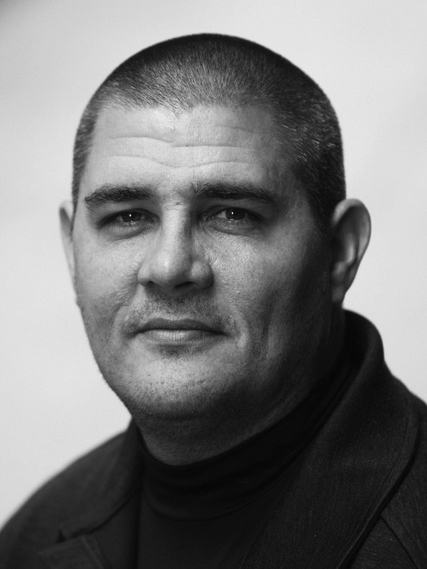 Novelist Adam Johnson spent time in North Korea and says "it was deeply surreal to walk among thousands of people in the streets of Pyongyang and see that the men all have the same exact haircut."

Adam Johnson's The Orphan Master's Son, which won the Pulitzer Prize for fiction Monday, captures the privation and absurdity of life in North Korea in one sentence: "For breakfast, she murdered an onion and served it raw."

The novel is a surreal, feverish look at North Korea under Kim Jong Il. The protagonist Jun Do (a play on "John Doe") grows up in an orphanage, and serves under Kim as a professional kidnapper before deciding to rebel against the state.

Johnson spent time traveling in North Korea, and he spoke with NPR's Rachel Martin about the frustrations of living in the authoritarian regime:

Johnson's editor at Random House, David Ebershoff, said in an email that with the descriptions of North Korea, "Adam has made an unknowable place knowable." Ebershoff also said he felt "thrilled, relieved" and "a little teary" to hear that Johnson had won a Pulitzer.

The announcement of this year's fiction award was greeted with relief in literary circles. Last year, for unknown reasons, the Pulitzer board declined to award a prize for fiction, in spite of three acclaimed finalists: David Foster Wallace's The Pale King, Karen Russell's Swamplandia! and Denis Johnson's Train Dreams. Maureen Corrigan, one of the Pulitzer judges and a book critic for Fresh Air, wrote a scathing op-ed in The Washington Post, saying, "The Pulitzer is too prestigious and crucial an award to book lovers, authors and the publishing industry to be sporadically — and unaccountably — withheld.

Lacey Dunham, the marketing director of the Politics & Prose bookstore in Washington, D.C., expressed relief Monday afternoon that a fiction winner was chosen: "We were all concerned that there wouldn't be a winner announced in the fiction category this year, because of what happened in 2012." The Pulitzer's "impact on sales is huge," she said, adding that "our customers respond more to the Pulitzers than to other awards."

Two fiction finalists also were announced: Nathan Englander's collection of short stories What We Talk About When We Talk About Anne Frank and Eowyn Ivey's novel The Snow Child.

Sharon Olds took the prize for poetry with her collection Stag's Leap, which tells the story of her divorce from her longtime husband, who decides to leave her for somebody else. In a phone call on Monday night, Olds' editor at Random House, Deborah Garrison, said:

"What is remarkable about this book is that she not only captures the actual experience of losing the person you love and that you spent your life with, but also comes to a place of incredible generosity and understanding. There's this beautiful sense that she realizes that they had a life together, and they both lost something."

Garrison pointed to a line in the collection's title poem, "Stag's Leap": "Even when it's I who am escaped from/ I am half on the side of the leaver."