Accessibility links
Runners Dig In Their Heels: 'We Can Endure A Lot' : The Two-Way It may take runners a long time to erase the memory of bombs exploding right at the finish line of the Boston Marathon, one of the most celebrated races in the world. But many runners say continuing to run offers a small, symbolic way of putting such violence behind them.

Runners Dig In Their Heels: 'We Can Endure A Lot'

Runners Dig In Their Heels: 'We Can Endure A Lot' 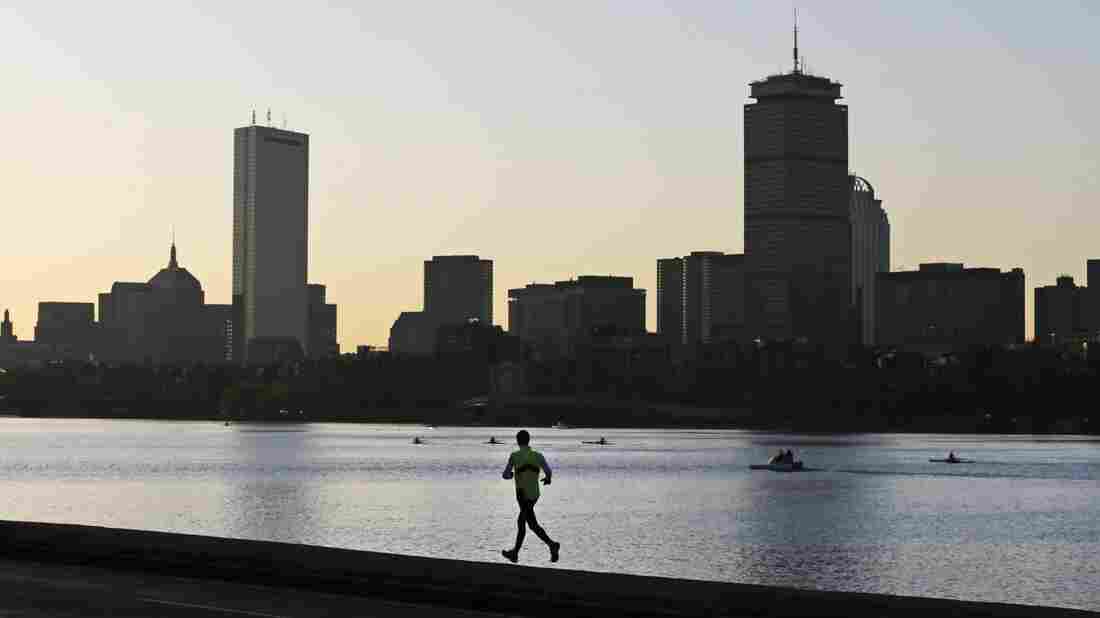 A runner heads down the banks of the Charles River in Cambridge, Mass., in front of the Boston skyline at dawn, the morning after deadly explosions at the Boston Marathon. Charles Krupa/AP hide caption 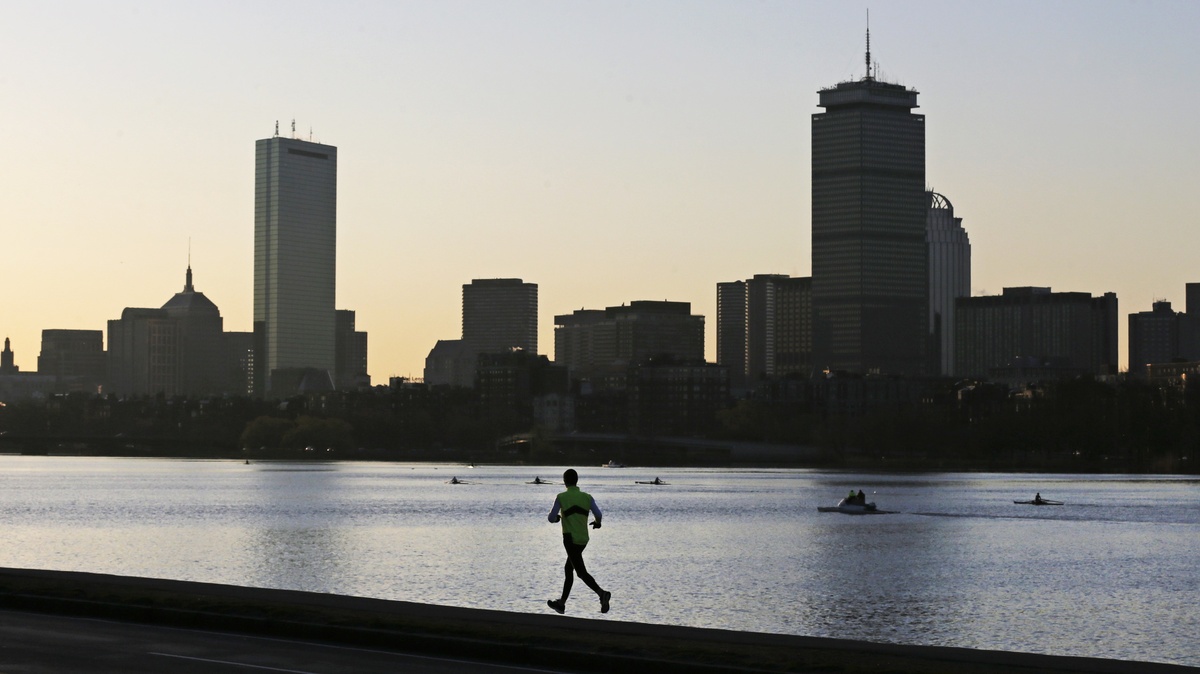 A runner heads down the banks of the Charles River in Cambridge, Mass., in front of the Boston skyline at dawn, the morning after deadly explosions at the Boston Marathon.

Emily Root Schenkel has never run the Boston Marathon, but now she might.

Schenkel's godmother was a flight attendant on Flight 93, the hijacked airliner that passengers forced down in a field in Pennsylvania on Sept. 11, 2001.

Along with other family members and friends of the victims, Schenkel ran the New York City Marathon on the 10th anniversary of that day, as a fundraiser and a tribute. Although she was no runner, Schenkel says she decided that "I was going to do something that's hard and takes dedication and push the boundaries."

Now, she's thinking of emailing the Flight 93 families to enlist them to run the Boston Marathon next year.

Running long distance is about resilience, and that's the spirit runners are bringing to the news out of Boston. Many people were moved that Bill Iffrig, the 78-year-old runner who was knocked down by the blast — as seen on front pages across the country — got up to finish the race. 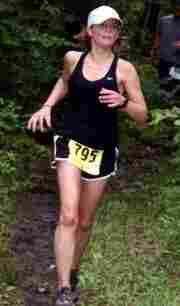 Wendie Cummings of Florissant, Mo., says that "every finish line I cross in the future, I'm going to be thinking about the devastation" in Boston. Courtesy of Wendie Cummings hide caption

"The marathon is the ultimate in what the human body can endure," says Weldon Johnson, co-founder of the website Let's Run. "We can endure a whole hell of a lot."

Boston Was The Goal

The bombing wasn't about running, Johnson stresses, but about violence. Still, he adds, the setting lent it resonance.

"They didn't bomb a mall in Boston," he says. "They bombed the finish of the Boston Marathon, ultimately the most symbolic marathon in the world."

The Boston Marathon — the country's oldest marathon — has always had special meaning for runners. It's one of the few large-scale events that require runners to meet qualifying standards, which are rigorous.

"As a casual, non-elite runner, Boston was the biggest race that you could run," says John Loucks, an ultramarathoner and furniture maker in St. Charles, Mo. "Boston was to me the premiere race to run in the United States and ultimately the world. That was the pinnacle."

Just as Americans become horse-racing fans for the two minutes of the Kentucky Derby, non-runners pay the most attention to running during the Boston Marathon, John Brant writes in Duel in the Sun, his book about the nail-biting 1982 race.

People who run seriously are always asked when they're going to run a marathon, says Kelli Lusk, a customer service and sales manager for a bicycle apparel company in Sun Valley, Idaho, who ran in the 100th Boston Marathon in 1996.

"It was huge," she says. "It really changed my approach to running, because of that motivation to do the 100th, such a symbolic race."

What To Tell Children

When a fellow running coach asked if she'd heard about the Boston Marathon on Monday, Wendie Cummings assumed she was talking about who had won.

When Cummings was informed about the bombing, she says she worked hard to keep her composure because she was surrounded by elementary-school children.

A band director and coach in Florissant, Mo., Cummings worries about what she'll tell the kids if they bring it up. "These children are all running their own race next month, and it's a very crowded, celebratory 5K race in downtown St. Louis," she says.

Cummings says she'll try to offer them "the most generic but comforting answer," that they'll be surrounded by people who care about them and will protect them if need be when they cross the finish line.

But as an adult, she's not completely sure she accepts that answer herself.

"I run a lot of races," Cummings says. "Every finish line I cross in the future, I'm going to be thinking about the devastation."

That shadow — that "little whisper in the back of your mind," as Loucks describes it — is going to be hard for runners to shake, at least for a while.

Lusk, the Idaho apparel saleswoman, recalls that some of her friends dropped out of the New York City Marathon in 2001, which took place just a few weeks after the terrorist attacks, out of fear.

"Some of us opted to still go, no matter what," she says. "We're still going to show up at the finish line."

Johnson, of Let's Run, was there that day, as well. He recalls crossing a bridge into Harlem and seeing a lone woman cheering on the runners, thanking them for coming out and saying she loved them.

But he recognizes the importance that gestures like a race can have for a city looking for renewal.

"The marathon is one of these great symbols of human spirit and persevering and celebrating that," Johnson says. "These events need to keep going on."