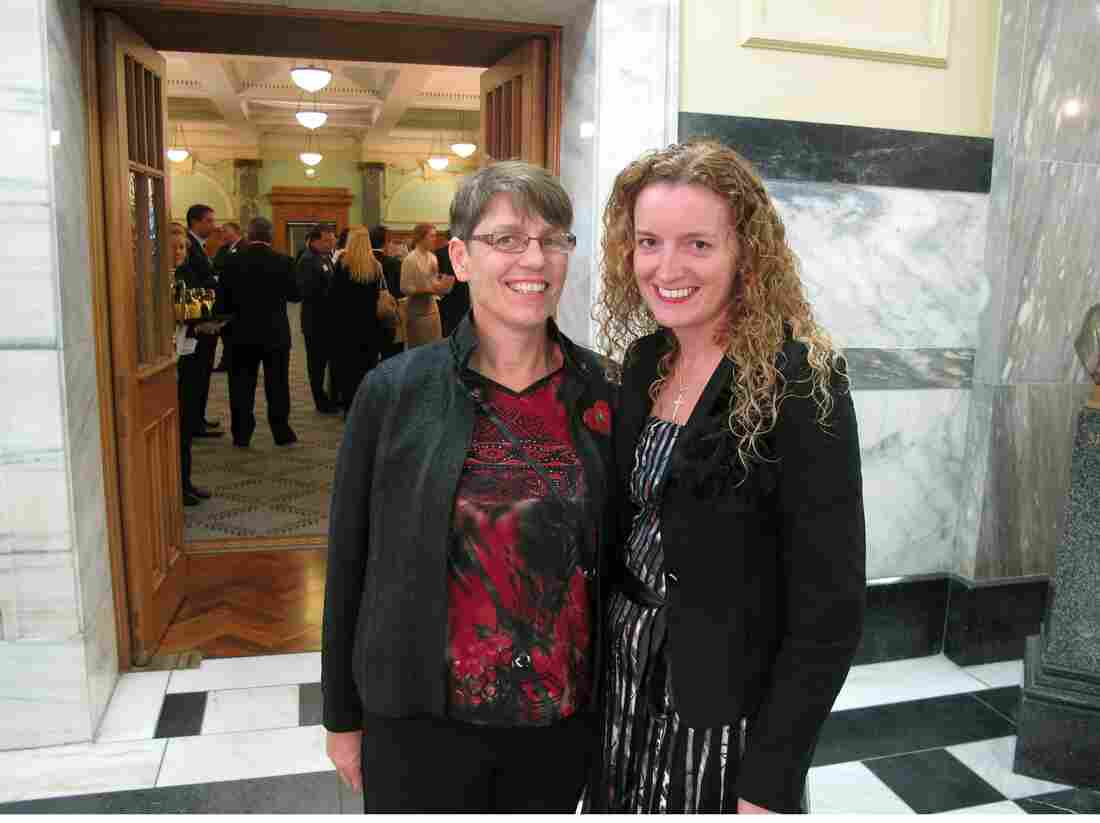 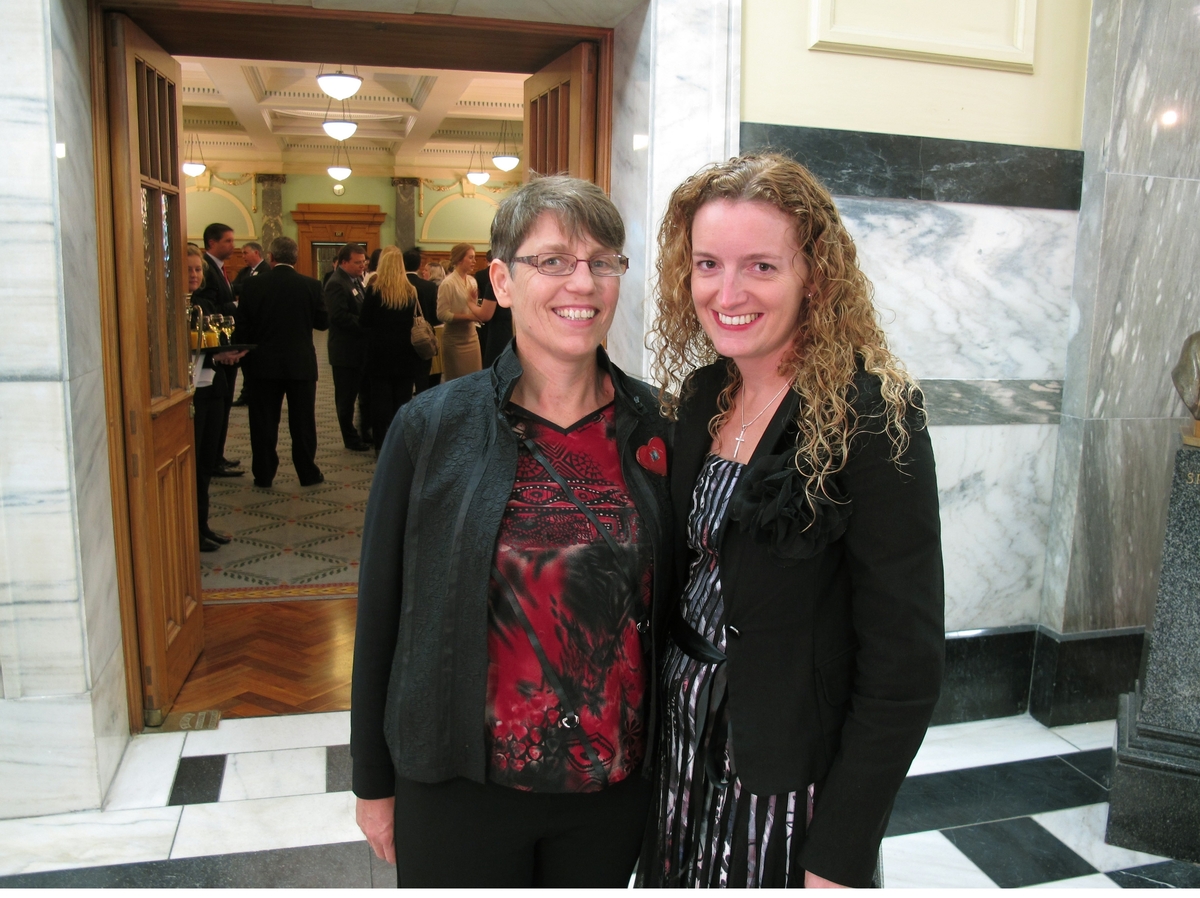 Jills Angus Burney, left, and Deborah Hambly, right, who hope to marry in New Zealand, watch lawmakers ahead of the vote on same-sex marriage on Thursday, April 17, 2013.

By a vote of 77 to 44, lawmakers in New Zealand have passed a new law permitting same-sex marriage. The bill was adopted after its third reading and is to take effect in August, according to the New Zealand Herald.

Sponsor Louisa Wall, a lesbian member of the New Zealand Labour Party, told the Herald she'd only hoped for 61 votes in favor: "I never would have thought that Parliament would have overwhelmingly supported it - so far, two-thirds of Parliament have endorsed marriage equality."

People watching the vote began singing after the bill was passed, says the Associated Press, choosing a New Zealand love song, "Pokarekare Ana" in the Maori language. Wall, who's in the political opposition, found support from Prime Minister John Key, who said same-sex marriage "...is part of equality in modern-day New Zealand."

New Zealand is the 13th country to legalize same-sex marriage, according to Reuters, which notes just last week Uruguay also passed a similar law. The Roman Catholic church opposed the New Zealand legislation, along with other religious and conservative groups.

Gay and lesbian couples from other countries will be able to marry in New Zealand. Lobbying group, Australian Marriage Equality, says it's aware of 1,000 same-sex Australian couples that have expressed interest in traveling to New Zealand to take marriage vows. The group says same-sex marriage was rejected by the Australian parliament last August; Australian prime minister Julia Gillard and opposition leader Tony Abbott both oppose it.

Group leader Rodney Croome says, "With marriage equality now just three hours away by plane, those Australian same-sex couples who are tired of waiting will marry in New Zealand instead." While the marriage will be legal in New Zealand, it won't be recognized in Australia.