Accessibility links
Senate Rejects Expanded Background Checks For Gun Sales : The Two-Way The defeat of the measure by a 54-46 vote — six votes shy of the number needed to clear the Senate — marks a major setback for gun-control advocates 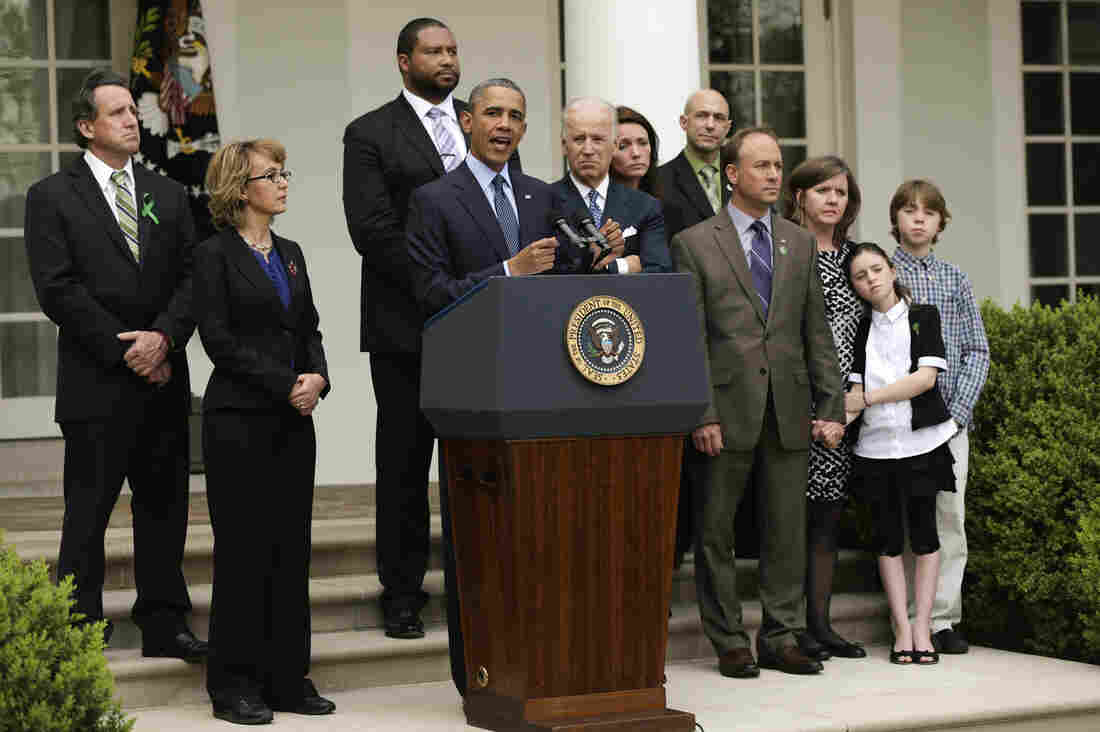 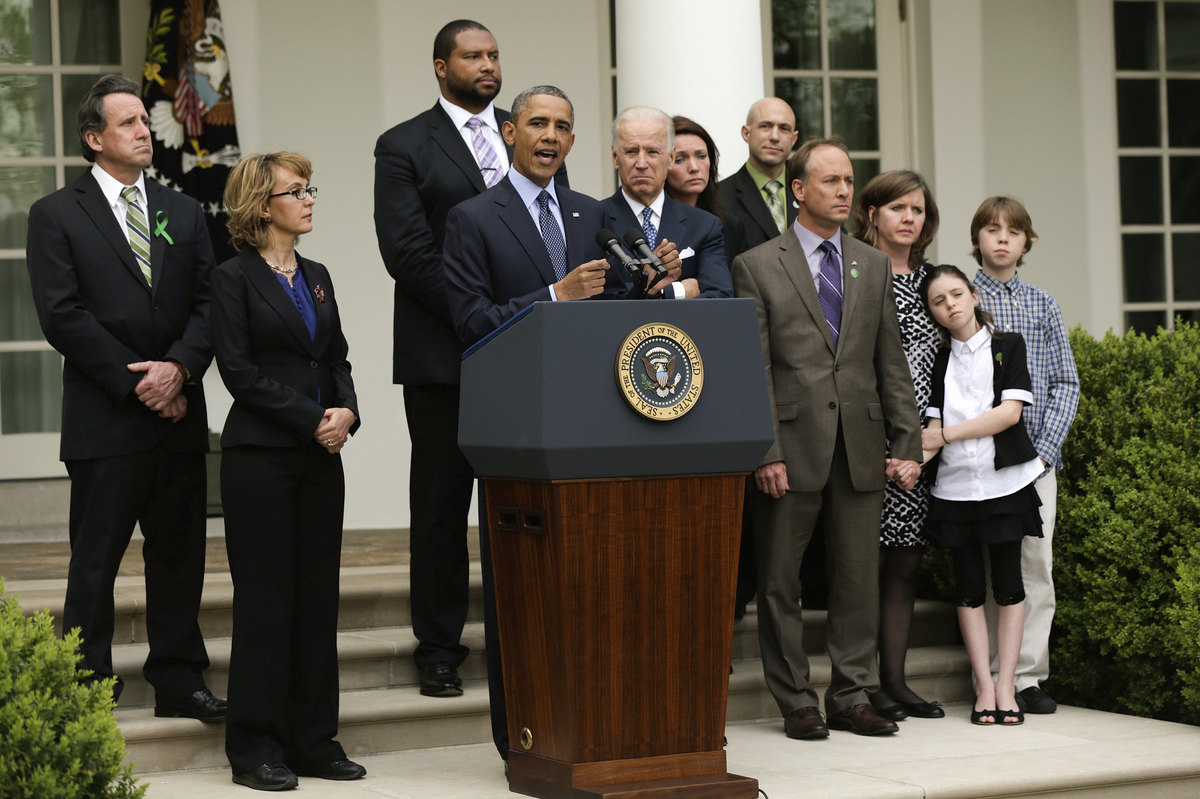 A bipartisan compromise that would have expanded federal background checks for firearms purchases has been rejected by the Senate.

The defeat of the measure by a 54-46 vote — six votes shy of the number needed to clear the Senate — marks a major setback for gun-control advocates, many of whom had hoped that Congress would act to curb gun violence in the wake of December's Newtown elementary school massacre, where 20 students and six adults were killed.

The National Rifle Association fought the expansion of background checks, saying criminals would simply ignore them, The Associated Press reports.

The expanded background checks were aimed at closing loopholes and keeping criminals and the seriously mentally ill from getting firearms. Currently, the checks only apply to purchases handled by licensed firearms dealers.

In a last-ditch appeal on Wednesday, White House press secretary Jay Carney urged senators to "consider who they're representing," and pointed out that "90 percent of the American people support expanded background checks. If you are opposed to this legislation, you should obviously explain why you are against what 90 percent of the people are for."

But a recent Associated Press-GfK poll shows waning public support for tighter gun laws. According to the AP: Overall "49 percent said gun laws should be made stricter while 38 percent said they should stay the same," according to the survey of 1,004 randomly chosen adults conducted from April 11-15.

Reuters says: "Other measures backed by [President Obama] — including a proposal to ban rapid-firing 'assault' weapons like the one used in Connecticut and a limit on ammunition magazines — also are expected to fail as the Senate conducts nine consecutive votes on gun-control legislation."

Flanked by victims of gun violence, including the parents of a child killed in Newtown and former Rep. Gabrielle Giffords, Obama gave an impassioned speech at the White House Rose Garden minutes ago.

"All in all, this is a pretty shameful day in Washington," Obama said.

Obama ditched his usual diplomacy and accused Republican senators of putting politics ahead of the wants of the American people.

"How can something have 90 percent support and yet not happen?" Obama asked.

He said this piece of legislation was a bipartisan compromise that respected the Second Amendment and the victims of gun violence. Obama said the National Rifle Association "willfully lied" about the bill to defeat it, even though it "represented moderation and common sense," and the NRA has in the past supported expanded background checks.

"It came down to politics," Obama said. He added, "Who are we here to represent?"

Obama, however, said this isn't over.

"I see this as just round one," he said.

Former Congresswoman Gabrielle Giffords, who was shot in the head during a massacre at a congressional meet-and-greet, said the Senate "ignored will of the people" with this vote.

"Constituents will know they obeyed gun lobby and not them," she continued.

Ed O'Keefe, who covers Congress for The Washington Post, reports that many of the victims of gun violence who packed the Senate gallery to watch the vote, expressed dismay.

"Patricia Maisch, who knocked ammo clip out of hands of Jared Loughner, escorted out after shouting: 'I hate them,' she said of the senators.

"Lori Haas, whose daughter Emily wounded in the April 2007 shooting at Virginia Tech, said: 'It's a shame, it's appalling, it's disgusting.'"