Accessibility links
Scientists Sequence Genome Of 'Living Fossil' Fish : The Two-Way Scientists say the genome of the coelacanth shows that it may not be as closely related as the lungfish to the first creatures to emerge from the sea. 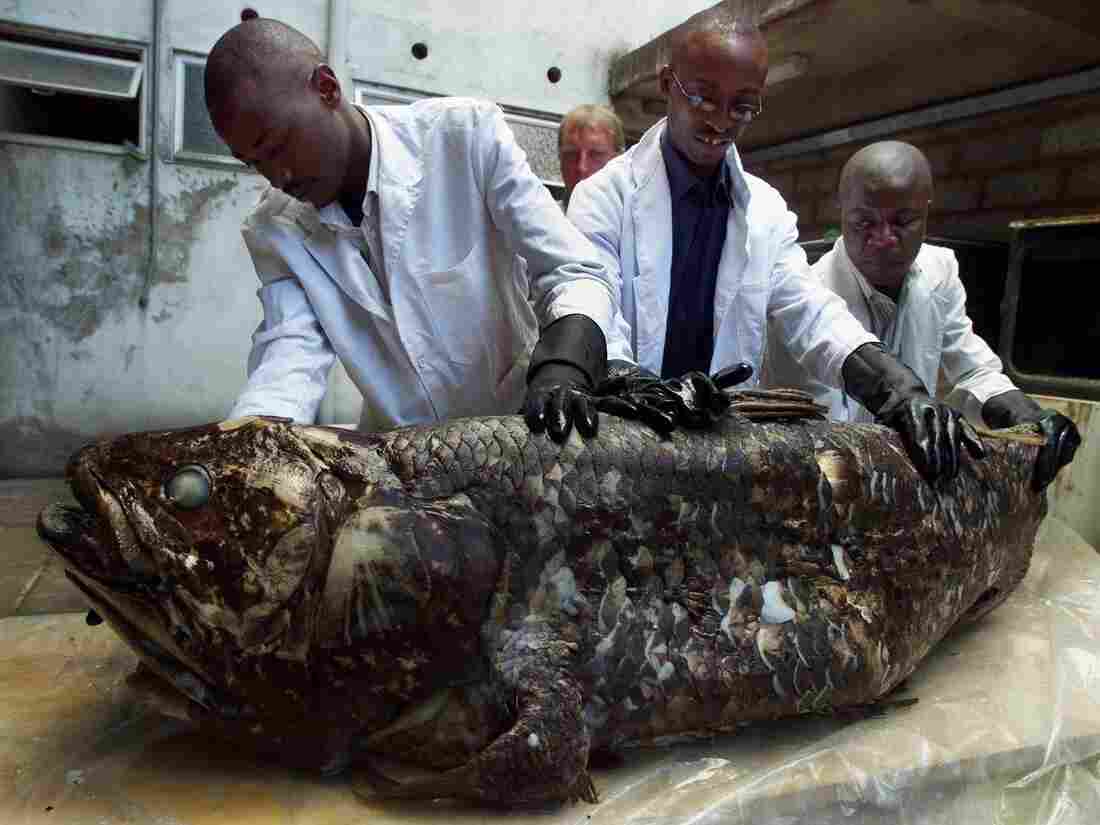 Workers at the National Museum of Kenya show a coelacanth caught by Kenyan fishermen in 2001. Simon Maina/AFP/Getty Images hide caption 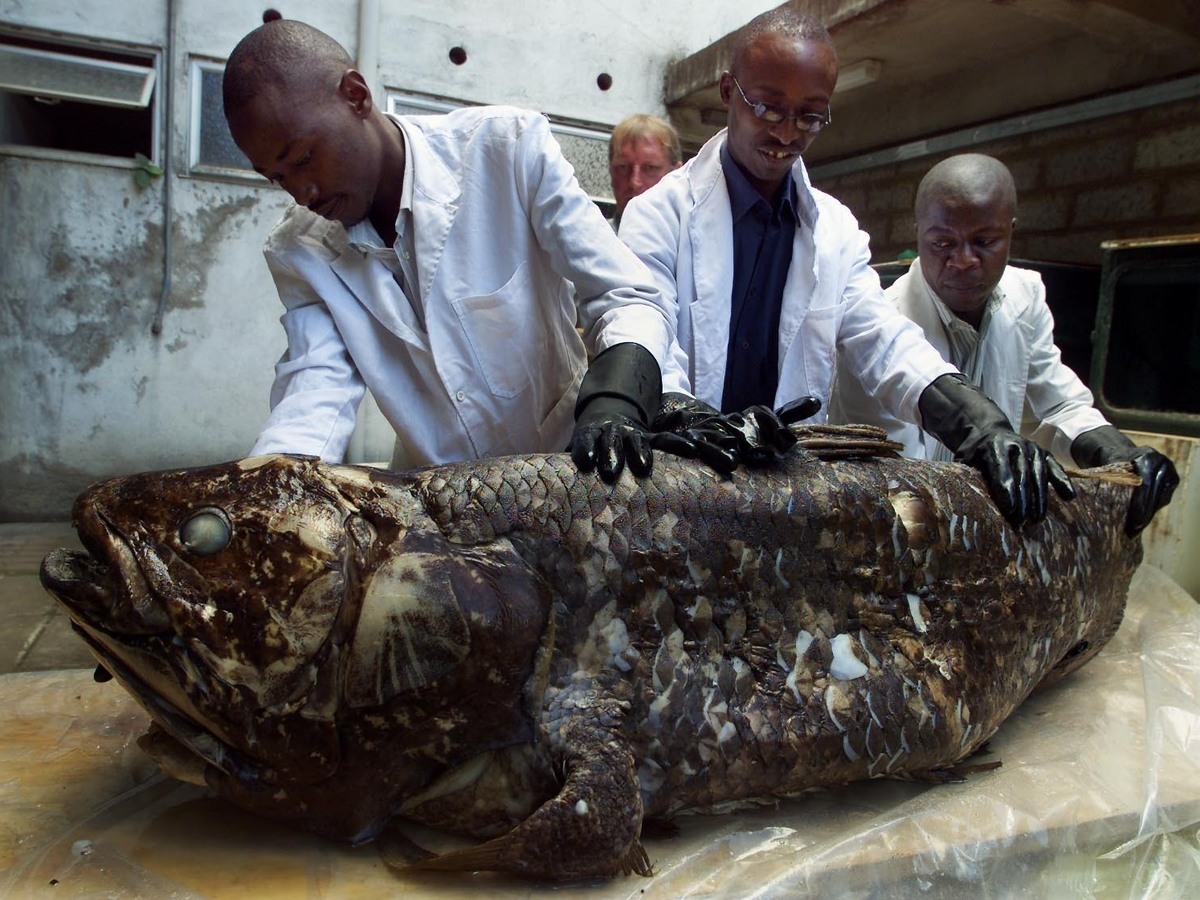 Workers at the National Museum of Kenya show a coelacanth caught by Kenyan fishermen in 2001.

Scientists have unraveled the genome of the coelacanth, a rare and primitive fish once thought to be extinct, shedding light on how closely it's related to the first creatures to emerge from the sea.

The coelacanth, a fish that can reach up to 5 feet long and lives in deep ocean caves, had only been seen in fossils and was thought to have gone extinct some 70 million years ago. That was until 1938, when fishermen from the Comoros islands off the coast of Africa captured one in a net. A second coelacanth species was discovered off the Indonesian island of Sulewesi in 1997.

The coelacanth's genome shows "that the lungfish, and not the coelacanth, is the closest living relative to the tetrapods," according to an abstract of a study published in the journal Nature.

"The lungfish-coelacanth question has gone back and forth over the years; the lungfish answer is not new, but this is a much better, bigger data set so it does tip the balance a bit," researcher John Hutchinson, professor of evolutionary biomechanics from the Royal Veterinary College, told the BBC.

According to National Geographic:

"The most striking feature of this 'living fossil' is its paired lobe fins that extend away from its body like legs and move in an alternating pattern, like a trotting horse. Other unique characteristics include a hinged joint in the skull which allows the fish to widen its mouth for large prey; an oil-filled tube, called a notochord, which serves as a backbone; thick scales common only to extinct fish, and an electrosensory rostral organ in its snout likely used to detect prey."

The analysis of the genome also shows that the coelacanth's genes evolved very slowly, an apparent confirmation of what paleontologists have long believed — that the fish has changed little in the past 400 million years.

"If you think about it, this might be correlated to the fact that the coelacanth lives in a rather extreme and stable environment," Professor Kerstin Lindblad-Toh, from the University of Uppsala in Sweden and the Broad Institute of MIT and Harvard, told the BBC.