Accessibility links
Ricin Suspect Described As Conspiracist, Elvis Impersonator : The Two-Way Paul Kevin Curtis, the 45-year-old Mississippi man arrested Wednesday in connection with the possibly ricin-tainted envelopes sent to President Obama and at least one senator, has taken to Facebook in recent years to claim he knows of an organ-harvesting scheme. He's also an entertainer.

Paul Kevin Curtis, the 45-year-old Mississippi man arrested Wednesday in connection with the possibly ricin-tainted envelopes sent to President Obama and Sen. Roger Wicker, R-Miss., is "better known to some as a celebrity impersonator," The Clarion-Ledger writes. 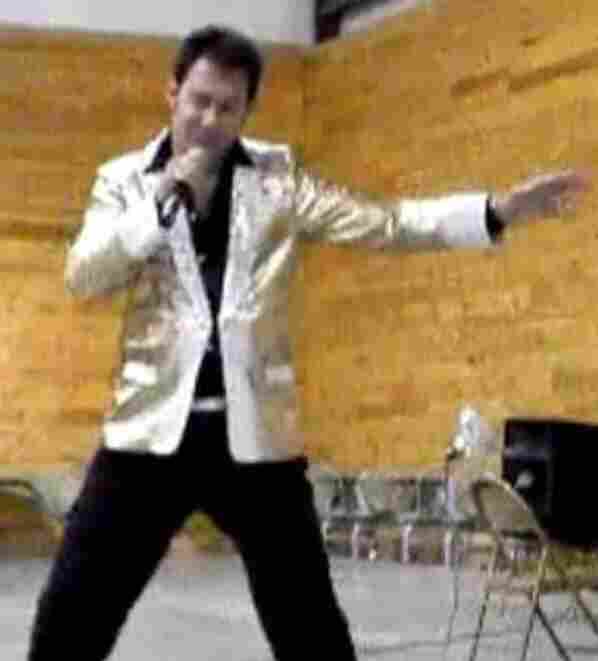 A screen image from a video on the YouTube channel where Paul Kevin Curtis has posted clips of his performances — in this case, as "Elvis." YouTube.com hide caption 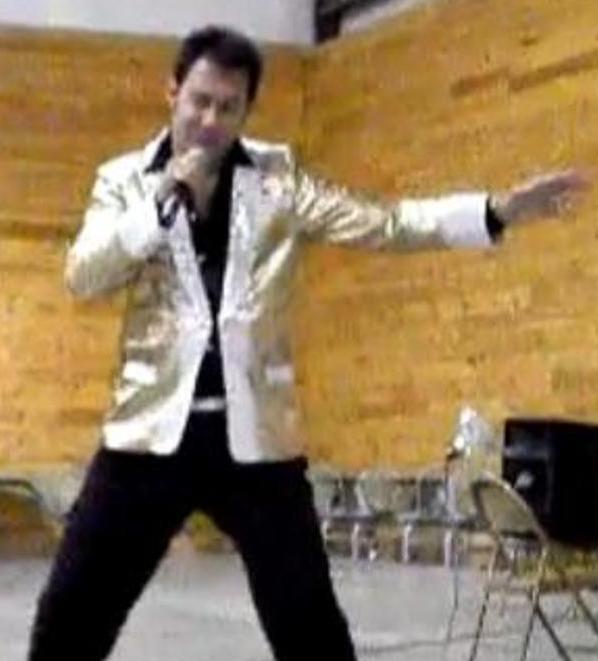 A screen image from a video on the YouTube channel where Paul Kevin Curtis has posted clips of his performances — in this case, as "Elvis."

"According to GigSalad.com, a website dedicated to booking live entertainers, Curtis does impersonations of '70 of the biggest names in music history,' including Elvis, Johnny Cash, Prince, Bon Jovi and Kenny Chesney."

On the suspect's "Kevin Curtis Live" Facebook pages, he's posted photos of his performances as "Elvis," "Hank Williams Jr." and others. He has also posted a certificate that purports to show he's a member of Mensa, the high-IQ society.

His YouTube channel has more than 30 videos of Curtis performing.

He is also known for believing in conspiracy theories.

Messages on the Facebook pages "paint a picture of a man obsessed with conspiracies," the Clarion-Ledger reports. His messages include claims that "he is on the front lines of a hidden war against the mafia and a black market organs harvesting scheme," the newspaper says.

The Associated Press adds that "online posts on various websites under the name Kevin Curtis refer to the conspiracy he claimed to uncover when working at a local hospital from 1998 to 2000. The author wrote the conspiracy that began when he 'discovered a refrigerator full of dismembered body parts & organs wrapped in plastic in the morgue of the largest non-metropolitan healthcare organization in the United States of America.' "

"An FBI intelligence bulletin obtained by The Associated Press said the two letters were postmarked Memphis, Tenn. Both letters said: 'To see a wrong and not expose it, is to become a silent partner to its continuance.' Both were signed, 'I am KC and I approve this message.' It was not immediately known what charges Curtis faced.

The FBI said that laboratory tests have "confirmed the presence of the toxin ricin" in the letters sent to a lawmaker and President Obama.

"To date, the FBI is not aware of any illness as a result of exposure to these letters," the FBI said in a statement.

"A criminal complaint filed in U.S. District Court for the Northern District of Mississippi charges Curtis with threatening to harm President Barack Obama and making other threats through the Postal Service," The Associated Press reports. "Curtis is expected to appear in court today."