Accessibility links
Ex-Pakistani Strongman Musharraf Flees Courtroom : The Two-Way Pervez Musharraf, who was on trial on treason charges related to his 2007 order to arrest dozens of judges, is holed up at his residence on the outskirts of the capital, Islamabad. 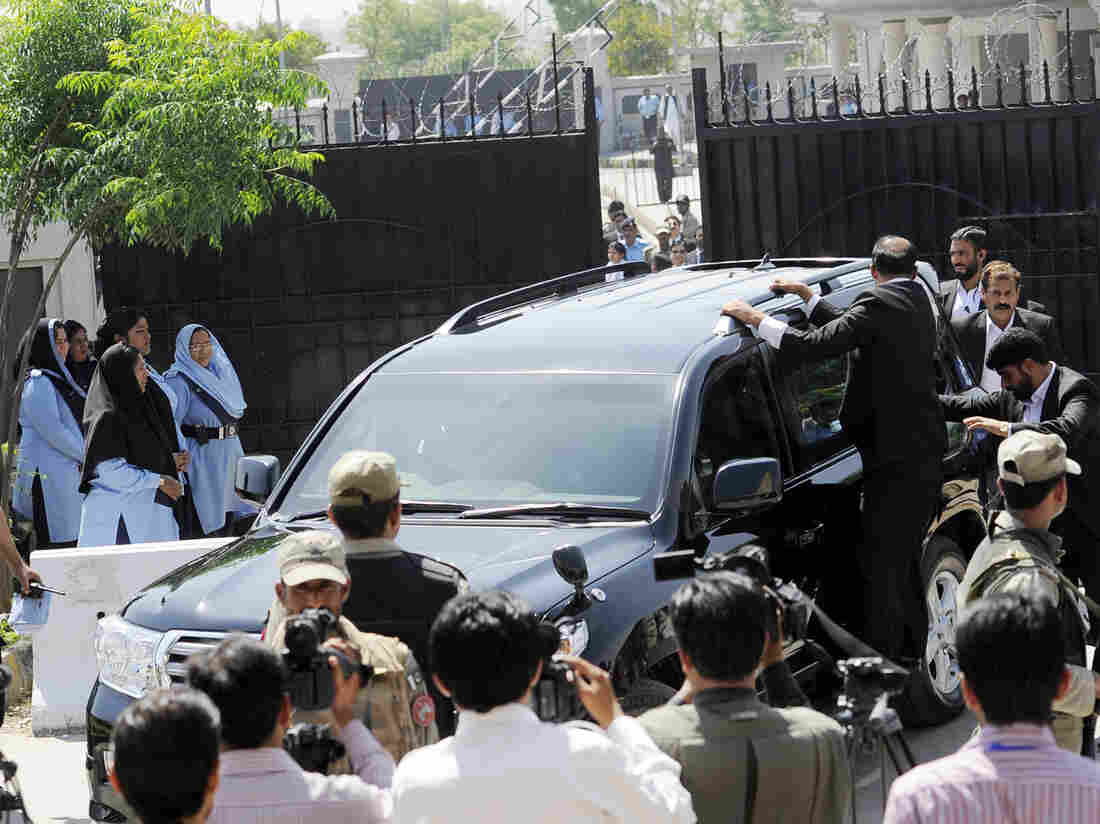 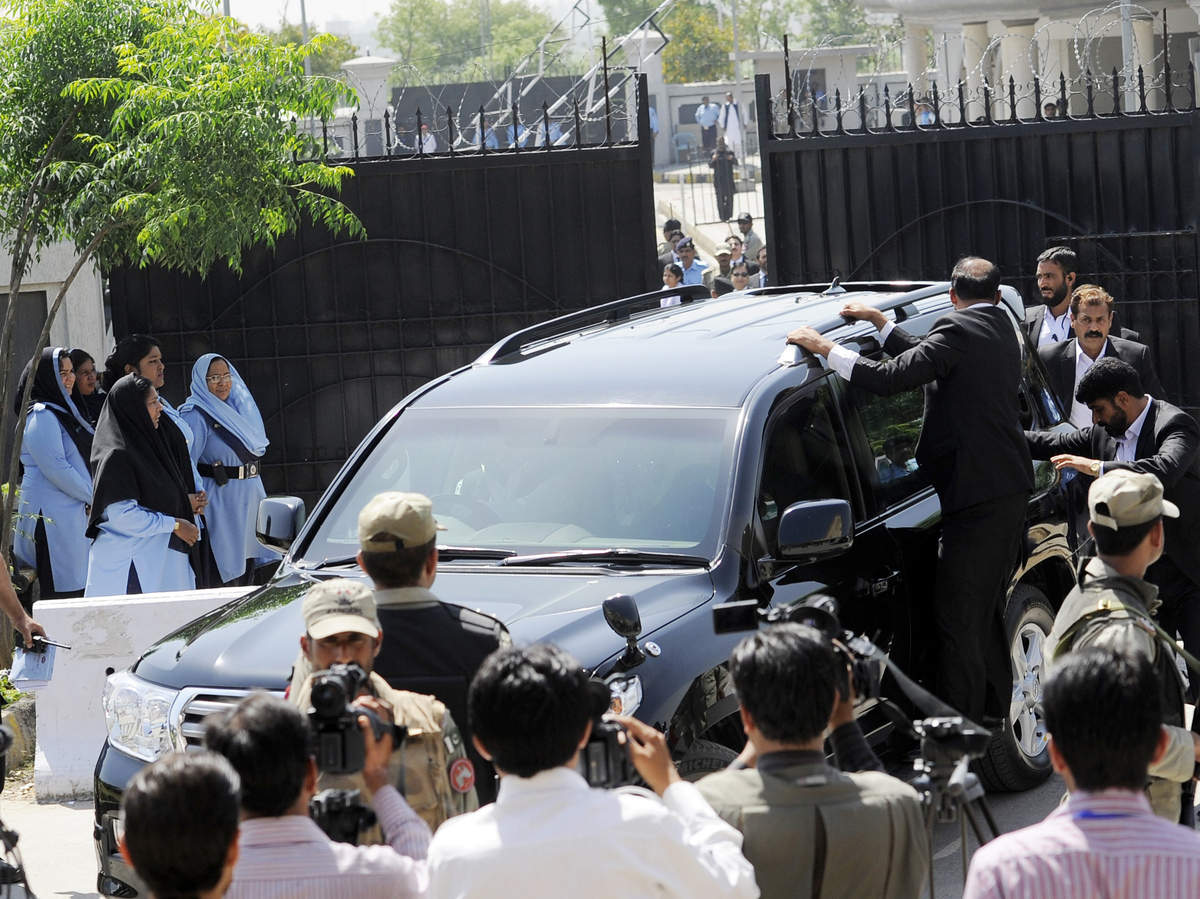 Former Pakistani military ruler Pervez Musharraf's bodyguards spirited him out of an Islamabad courtroom Thursday to avoid his arrest on treason charges after a judge revoked bail.

Police in the courtroom made no attempt to detain Musharraf, 69, who was whisked away by his security detail to his residence in a suburb of the capital.

The BBC's Orla Guerin described the scene at the courthouse as "a moment of high drama and farce."

For Musharraf, a former general who toppled a civilian government in 1999 and held onto power for the next nine years, it was a major blow. Barely a month ago, he returned to Pakistan after four years in self-imposed exile, hoping to clear his name in court and make a political comeback in May elections.

The Associated Press said local TV showed Musharraf "[jumping] into a black SUV and [escaping] as a member of his security team hung to the side of the vehicle."

The situation carries more than a tinge of irony for the former general, because the charges against him stem from his order to place dozens of judges under house arrest in 2007.

On Thursday, a representative of Musharraf's All Pakistan Muslim League party told Reuters that he thought that if an arrest was necessary, "the authorities will declare the farmhouse a sub-jail."

"Musharraf did not flee the court. Actually there was no police official to arrest him and nobody tried to arrest him," Dr. Muhammad Amjad added.

A statement from Musharraf's office described the court's decision as "ill-conceived and unwarranted judicial activism ... seemingly motivated by personal vendettas," according to Pakistan's Dawn newspaper.

In addition to the treason charges, Judge Shaukat Aziz Siddiqui said he would tack on additional unspecified charges related to Musharraf's flight from the courtroom on Thursday. According to Pakistan's Express News, the court has also ordered Musharraf's guards and the on-duty police personnel who failed to arrest him in court to be held accountable.

Dawn reports that Musharraf's lawyers had filed a "pre-arrest bail application" with the country's Supreme Court to avoid his having to surrender to police.