Accessibility links
NASA Discovers New Earth-Like Planets Around Distant Stars : The Two-Way The three planets are not only in what's considered to be the "habitable" zone, but they are also near Earth-sized. 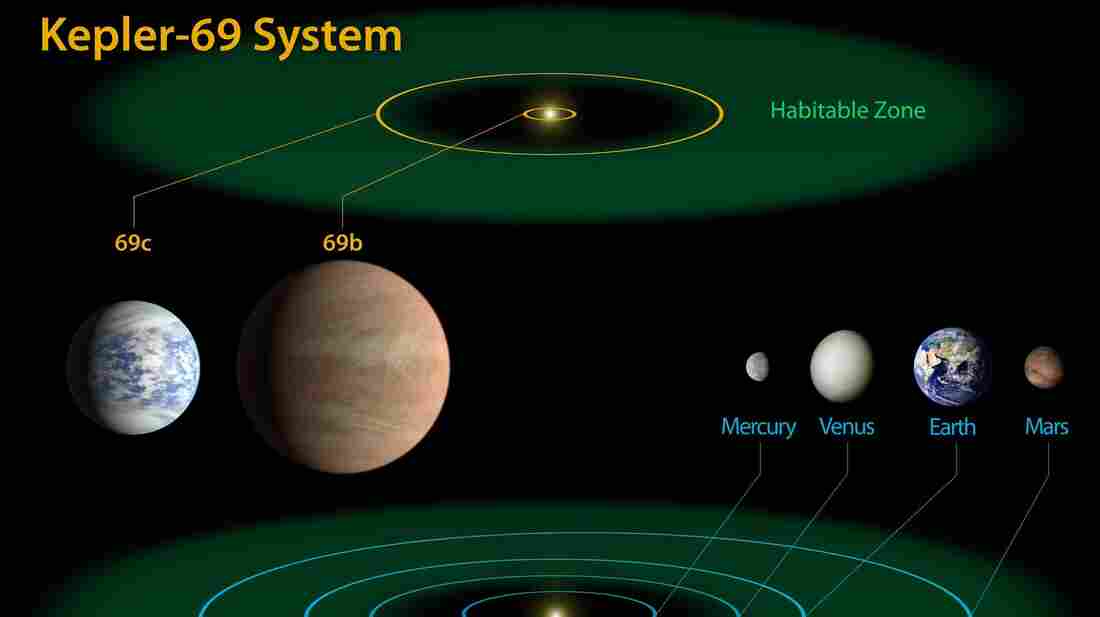 The Kepler-69 system as it compares to our own. NASA hide caption 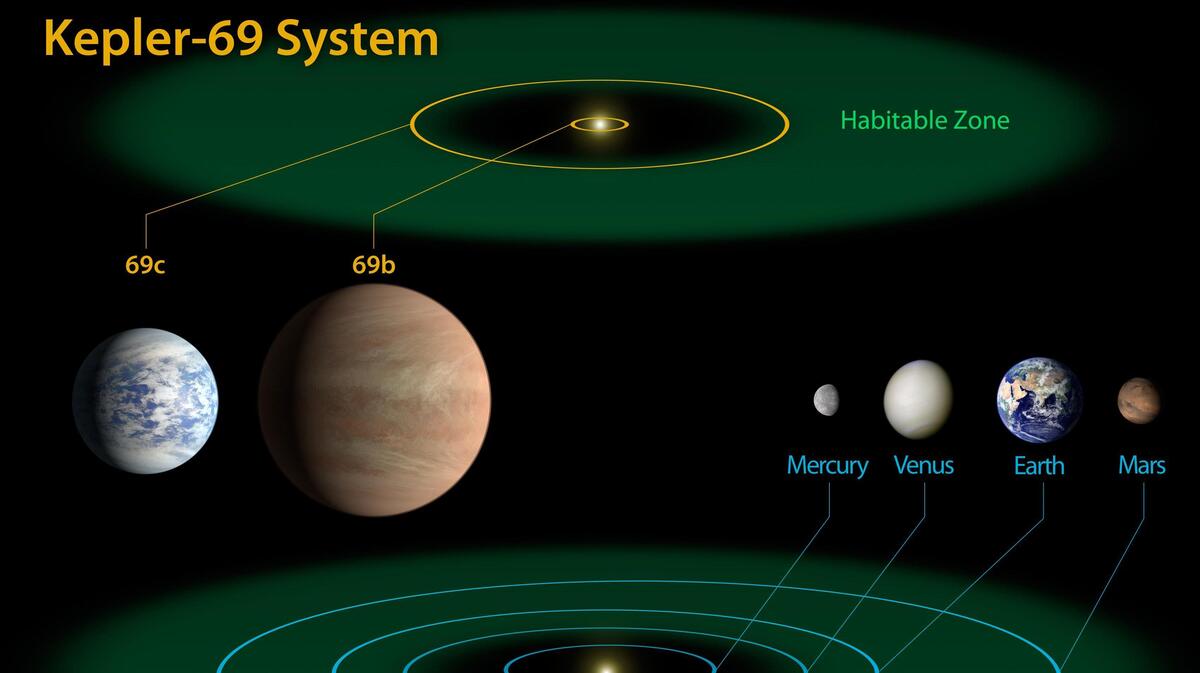 The Kepler-69 system as it compares to our own.

NASA's Kepler spacecraft has discovered three new "habitable zone" planets that are close to Earth's size, even if they're not all that close to Earth.

NPR's Joe Palca reports, the trio of worlds is about 1,200 light years away and are thought to lie in the so-called "Goldilocks zone" — where it's not too hot and not too cold for liquid water.

Just as important, the planets' moderate size — less than twice the mass of Earth — bolsters the chances for life on them, scientists says.

So-called exoplanets that orbit other stars have become a fairly routine find since the first of them were discovered in 1992. But, as The Associated Press notes, "In the past ... they haven't fit all the criteria that would make them right for life. And until now, the handful of planets astronomers found in that ideal zone were just too big. Those are likely to be gas balls like Neptune and that's not suitable for life."

Two of the three detailed in the new findings published in the journal Science are of particular interest: Kepler-62-e and Kepler-62-f. William Borucki, the chief scientist for NASA's Kepler telescope, says the planets are slightly wider than Earth, but not too big. Kepler-62-e is a bit toasty, like a Hawaiian world, and Kepler-62-f is a bit nippy, more Alaskan, Borucki tells the AP.

"This is the first one where I'm thinking, 'Huh, Kepler-62-f really might have life on it,' " said study co-author David Charbonneau of Harvard. "This is a very important barrier that's been crossed. Why wouldn't it have life?"

Palca says the Kepler spacecraft detects planets orbiting distant stars by finding small dips in the light coming from those stars when an orbiting planet passes in front.