Accessibility links
Texas Authorities Confirm 14 Dead In Fertilizer Plant Blast : The Two-Way The Texas Department of Public Safety says the bodies of 14 people were recovered after the Wednesday night explosion, and 200 people are hurt. Rescuers are still searching houses for victims. 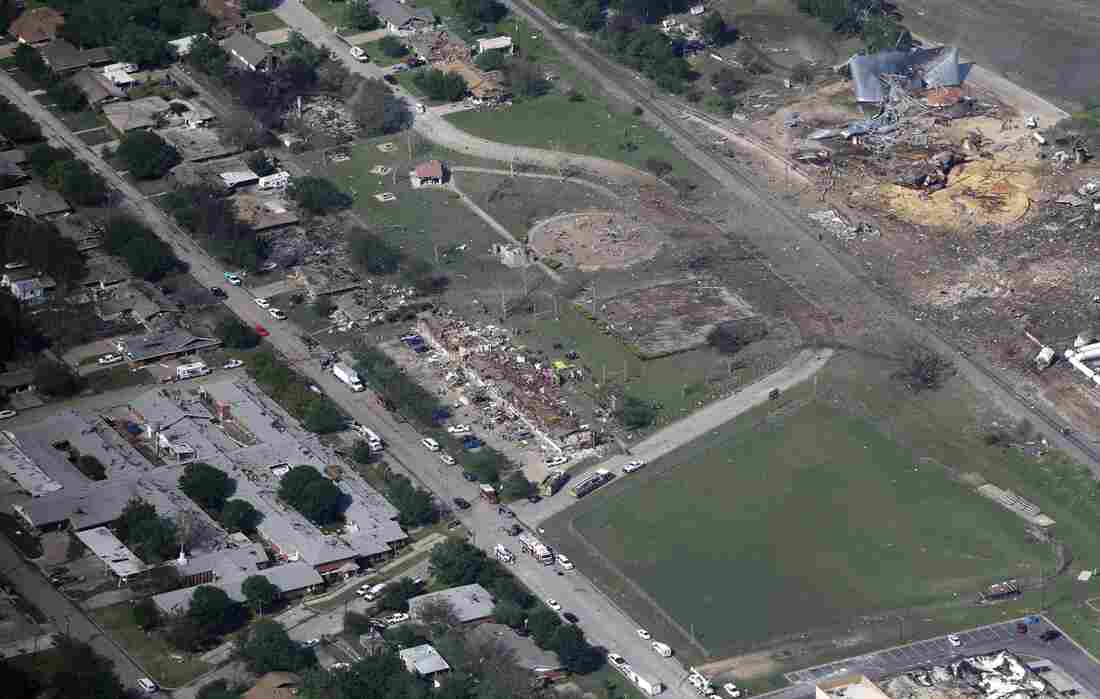 An aerial photo of West, Texas, shows the remains of a nursing home (from left), apartment complex and fertilizer plant destroyed in an explosion at the plant Wednesday. Tony Gutierrez/AP hide caption 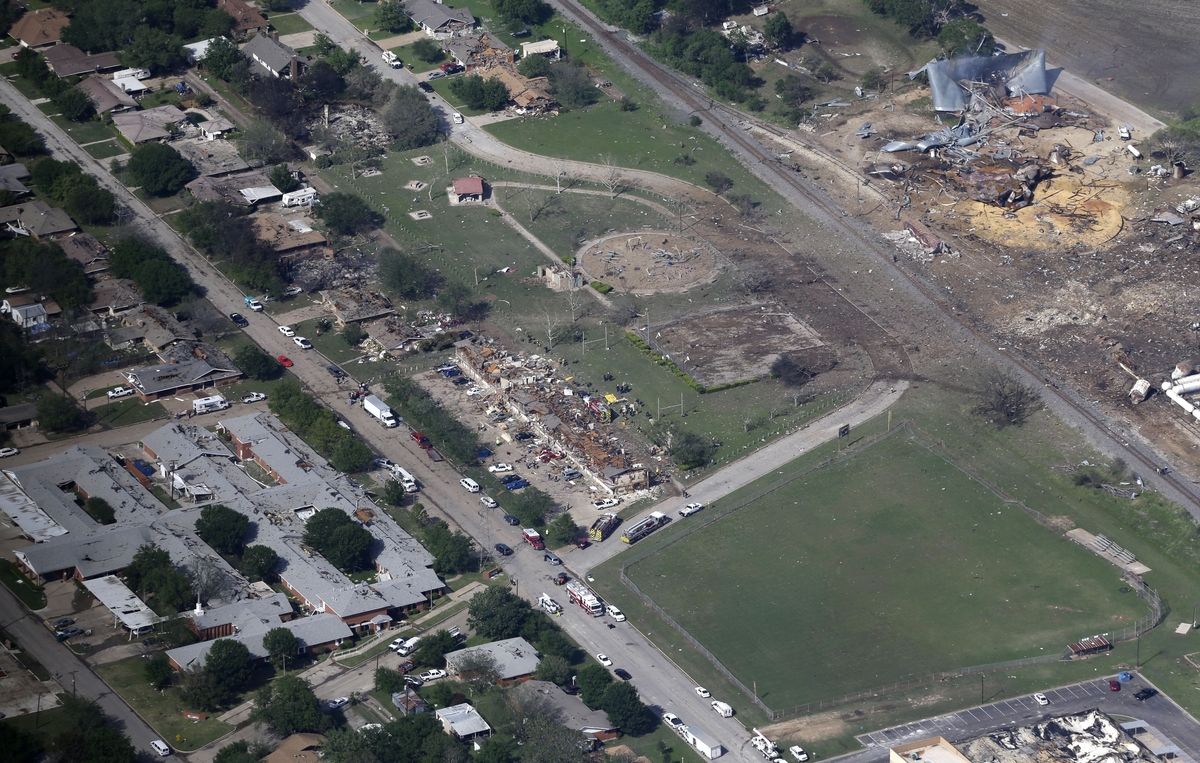 An aerial photo of West, Texas, shows the remains of a nursing home (from left), apartment complex and fertilizer plant destroyed in an explosion at the plant Wednesday.

The Texas Department of Public Safety now confirms 14 have died as a result of the fertilizer plant explosion in West, Texas.

The State Firemen's and Fire Marshals' Association of Texas says it has unconfirmed reports that 11 volunteer firefighters from West, Texas, are unaccounted for and are believed to be among the people who died in the explosion. The town's fire department lost three fire trucks. Another 11 firefighters are reported hospitalized.

NPR's John Burnett told Morning Edition the number of firefighters killed is nearly a third of the town's volunteer firefighting force. John says there's no word on the cause of the explosion; while authorities are formally keeping the case open as a possible crime scene, he emphasizes there's been no discussion of anything other than an industrial accident.

The Texas Department of Public Safety says 12 bodies have been recovered from the rubble of the explosion at West Fertilizer Co. on Wednesday night. Sgt. Jason Reyes says 200 people were injured, and authorities still have 25 homes left to search, notes the Fort Worth Star-Telegram.

The mayor of West, Texas, Tommy Muska, says emergency personnel will search the second floor of a destroyed apartment complex today; KXAS-TV reports that it's feared more bodies may be discovered there. In addition to the apartment building, a nearby school caught fire and up to 80 homes were badly wrecked.

What's still unclear is what triggered the explosion. There are questions about the behavior of West Fertilizer Co., which had had problems with filing proper documents about its hazardous materials. As NPR's Daniel Zwerdling told All Things Considered on Wednesday, the firm was small, with perhaps seven or eight employees. When investigators checked up on the report of a bad ammonia smell in 2006, they discovered the company didn't have proper permits, formal written maintenance plans or a proper risk management plan. Daniel says the company never disclosed whether it had properly considered potential hazards of its work — which doesn't mean it failed to do that, just that no records show that it did.

KHOU-TV located a document outlining the fertilizer company's "worst-case scenario." The company reported that it believed the worst thing that could happen would be a storage tank leaking gas over a 10-minute period.

Investigators have found evidence of ammonium nitrate, an explosive substance, at the scene, as we reported yesterday. Ammonium nitrate is the dangerous explosive used in the 1995 Oklahoma City bombing. The company also handled anhydrous ammonia.