Accessibility links
Boston Bombing Suspects Are Brothers Living In U.S. For Years : The Two-Way The two suspects in Monday's deadly Boston Marathon explosions and the Thursday night murder of a police officer at the Massachusetts Institute of Technology are brothers from a former Soviet republic who were in the United States legally for years and lived together in a Cambridge, Mass., apartment.

Boston Bombing Suspects Are Brothers Living In U.S. For Years

Boston Bombing Suspects Are Brothers Living In U.S. For Years

Updated 1:50 p.m. ET: (Correcting that brothers shared an apartment in Cambridge, not Watertown.)

The suspects in Monday's deadly Boston Marathon explosions and the Thursday night murder of a police officer at the Massachusetts Institute of Technology are two brothers from a former Soviet republic who were in the United States legally for years, and lived together in a Cambridge, Mass., apartment.

Dzhokhar Tsarnaev, 19, on Friday afternoon was still being sought by police. Tamerlan Tsarnaev, 26, was killed Friday morning in a shootout with police in Watertown.

NPR's Joe Shapiro interviewed a woman in Toronto who said she's the aunt of the two suspects. She said the boys grew up in Kyrgyzstan and spent a year in Chechnya, 1994.

The aunt said the Tsarnaev family is originally from the southern Russia republic of Chechnya, but like other Chechens was forced to leave in 1944 during World War II and relocated to Kyrgyzstan. Chechnya, the mostly Muslim republic in the North Caucasus, was the scene of two bloody wars after the breakup of the Soviet Union, as separatists fought Russia for independence before prime minister Vladimir Putin crushed the rebellion in 1999. Terrorism linked to Chechen fighters included a 2002 attack on a Moscow theater that killed 129 hostages, and the 2004 siege of a primary school in Beslan, near Chechnya, that killed more than 300, about half of them children.

The Wall Street Journal reports that the family includes two sisters. It says one brother arrived in the U.S. in 2002, and the second in 2004. It says the boy's father is an auto mechanic who has received treatment in Germany for brain cancer. The Associated Press says the father is now in the southern Russian republic of Dagestan. 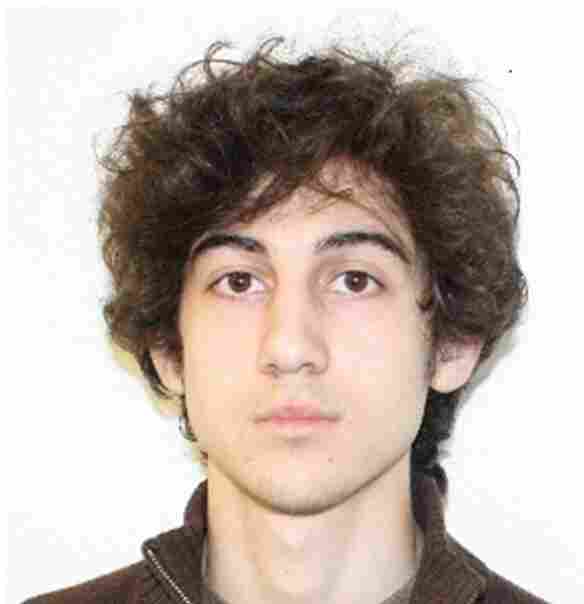 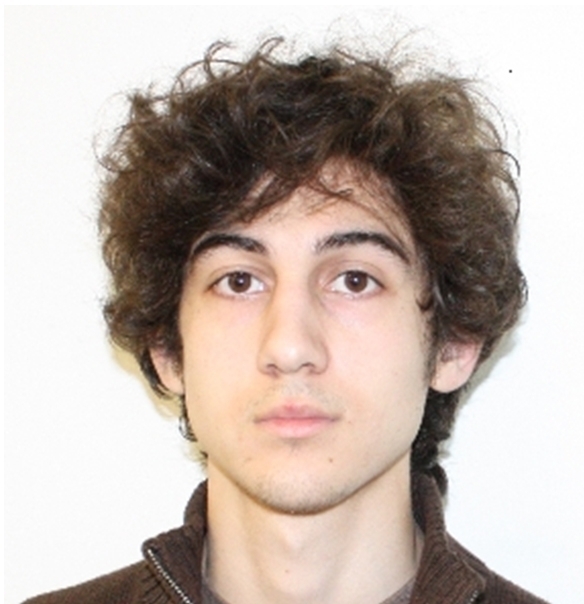 Has been in the United States since he was 12.

Attended and graduated from Cambridge Rindge and Latin School, where in 2011 his wrestling prowess — he captained the school team for two years — earned him a citation as one of the "Greater Boston League Winter All Stars."

Assistant high school wrestling coach Peter Payack told The Boston Globe he was dedicated and a leader, was loved and respected by his fellow wrestlers, and was the "opposite of a loner."

He was among students who received a $2,500 college scholarship through the city of Cambridge, Mass., in 2011. He was a student at the University of Massachusetts Dartmouth, which on Friday posted this message: "UMass Dartmouth has learned that a person being sought in connection with the Boston Marathon bombing has been identified as a student registered at UMass Dartmouth. The campus is closed. Individuals on campus should shelter in place unless instructed otherwise."

On Vkontakte — described as the Russian equivalent of Facebook — he lists his personal priority as "Career and money," and his world view as "Islam."

A longtime classmate in an interview with ABC News described him as "just a great kid. He was fun to be around. He always had a positive attitude." CNN interviewed a classmate who called him a good wrestler and "a normal kid. He parties, sometimes he smokes. He was raised here. He was just as American as I am." 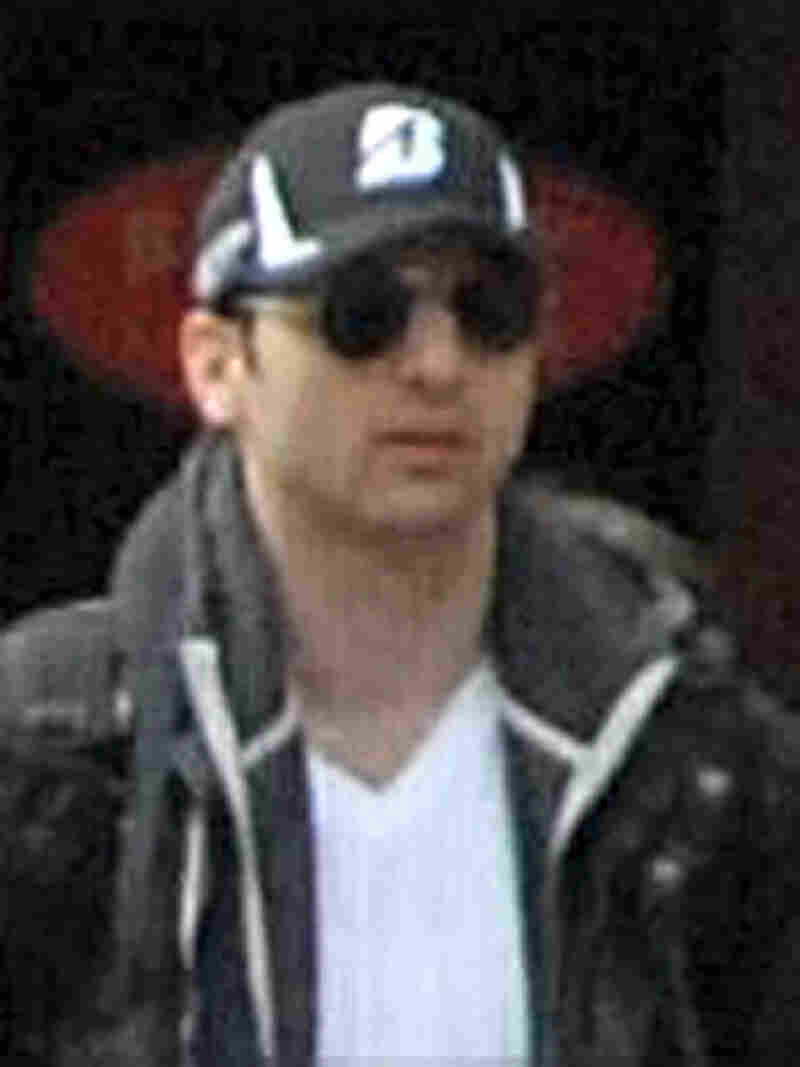 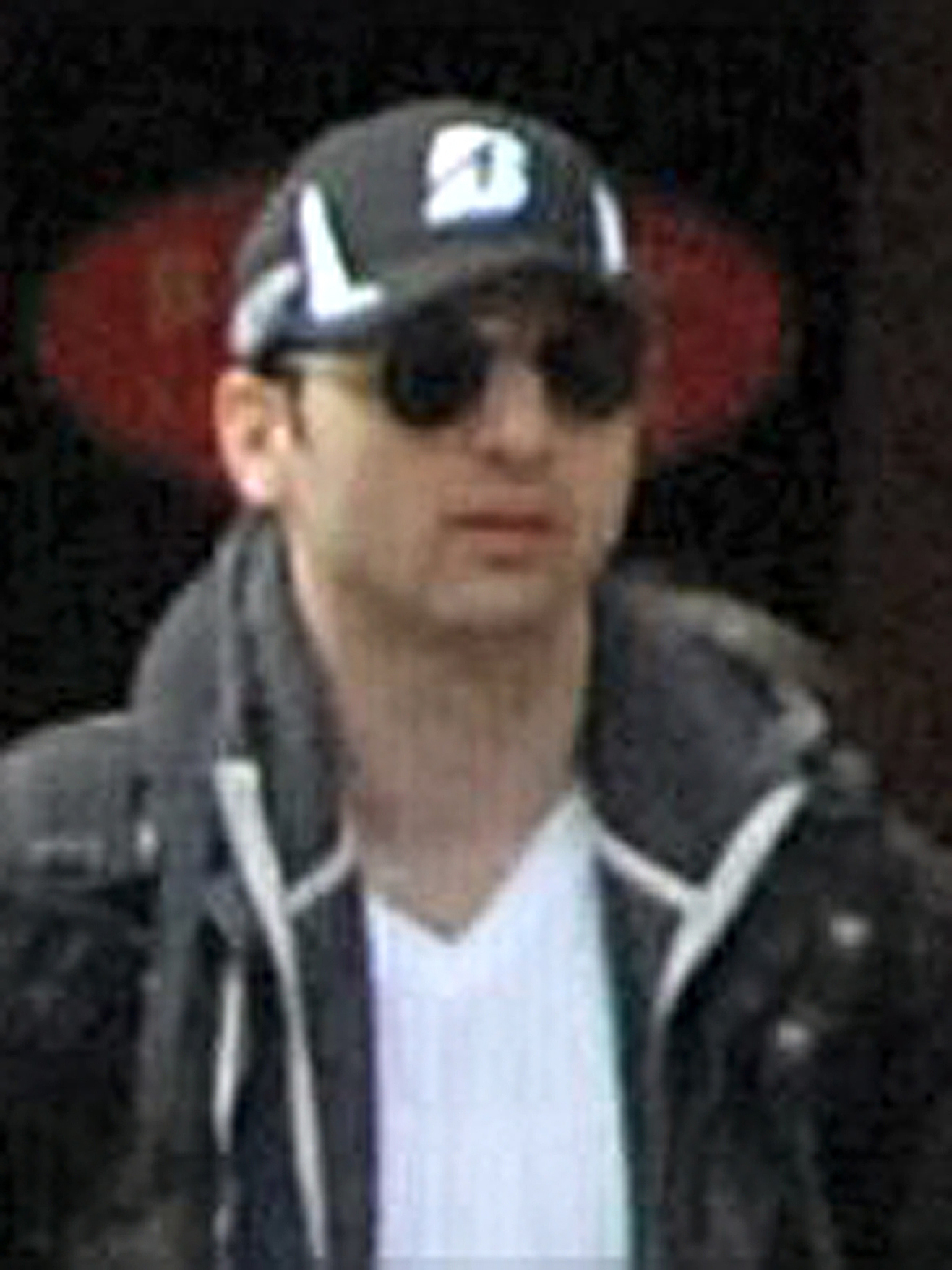 A boxer who participated in a 2009 New England Golden Gloves tournament, where he was described as being from Lowell, Mass.

The Lowell Sun newspaper reported that he won his first fight in 2004, and was quoted as saying: "I like the USA. America has a lot of jobs. That's something Russia doesn't have." The paper also reported that he said he loved music, studied piano and violin when he was younger, and in 2009 and 2010 participated as part of Team New England in the National Golden Gloves Tournament of Champions.

A photographer's online gallery includes a section on Tamerlan Tsarnaev, called "Will Box for Passport," which appears to show him sparring and practicing at the Wai Kru Mixed Martial Arts Center. The section of the site was removed Friday, but described as a Muslim who abstains from drinking and smoking, and is quoted as saying, "I don't have a single American friend," and that "there are no values anymore."

He was a part-time student at Bunker Hill Community College from 2006 to 2008, in an accounting program.

In 2009, he was arrested for assault and battery fo a girlfriend.

An uncle, Alvi Tsarnaev, tells USA Today that the older brother called him Thursday evening for the first time in years. "He told me he was happy," he said. "He was asking, 'Did you pay your mortgage?' I told him I was trying to pay. I asked him what he was doing. He said, 'I fix cars, I got married, got a baby.'

Note: As happens when stories such as this are developing, there will likely be reports that turn out to be mistaken. Wednesday, for example, there were reports from CNN, the AP, WBUR and others that authorities either had arrested a suspect or were about to do that. It turned out that no one had been arrested or taken into custody. We will focus on news being reported by NPR, other news outlets with expertise, and statements from authorities who are in a position to know what's going on. And if some of that information turns out to be wrong, we'll update.