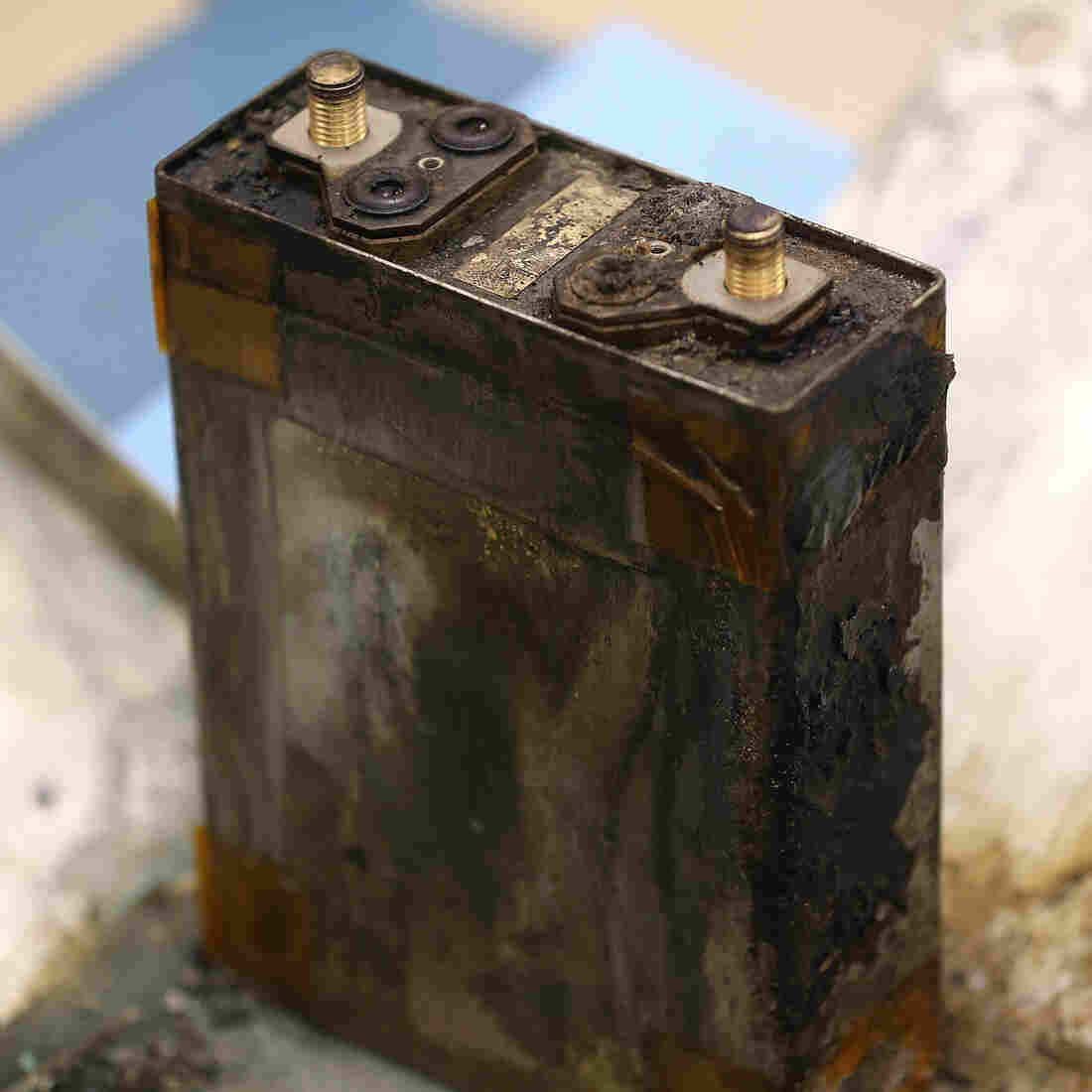 A part of a charred battery from a Japan Airlines 787 on display at the NTSB headquarters in January. Mark Wilson/Getty Images hide caption 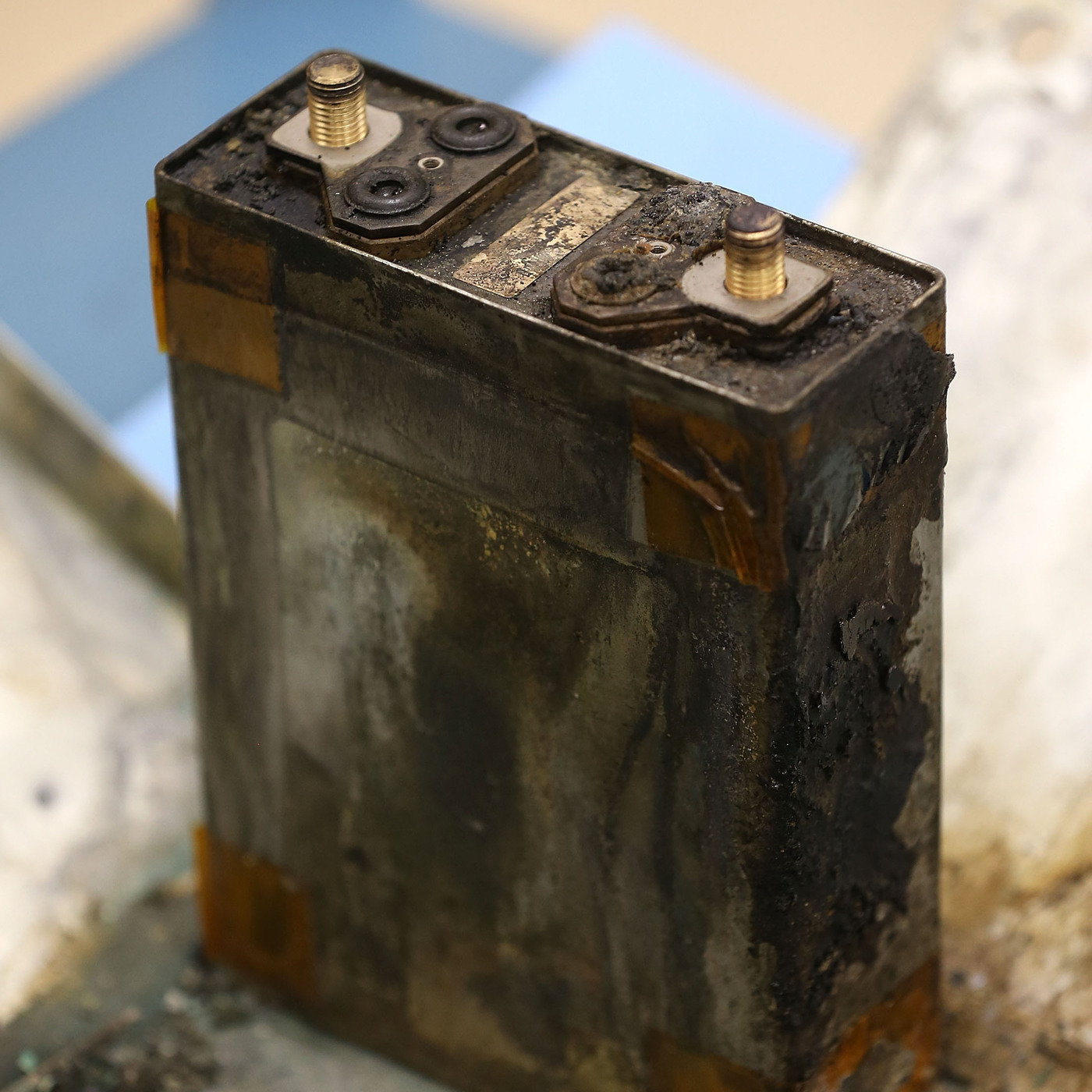 A part of a charred battery from a Japan Airlines 787 on display at the NTSB headquarters in January.

The Federal Aviation Administration has approved changes to the design of the Boeing 787's battery system — the first step toward returning the grounded aircraft to service.

The approximately 50 787 "Dreamliners" delivered to airlines worldwide were grounded in January after incidents involving overheating problems in lithium-ion batteries.

"A team of FAA certification specialists observed rigorous tests we required Boeing to perform and devoted weeks to reviewing detailed analysis of the design changes to reach this decision," FAA Administrator Michael Huerta said in a statement released Friday.

According to The New York Times, the aircraft maker's fix for the battery problem "includes more insulation between each of the eight cells in the batteries. The batteries will also be encased in a new steel box designed to contain any fire and vent possible smoke or hazardous gases out of the planes."

As NPR science correspondent Christopher Joyce reported in January, lithium-ion batteries produce twice the voltage that traditional batteries produce, and when they go bad, that power turns to heat. In a small battery, it's not much of a concern, but in larger batteries it's harder to dissipate the heat.