Accessibility links
Boston Bombings Point To Growing Threat Of Homegrown Terrorism : The Two-Way Most major terrorist attacks against the U.S. have originated abroad. But as details of the Boston Marathon bombings emerge, reports point to two young men of Chechen origin who were seemingly fully integrated into American society. 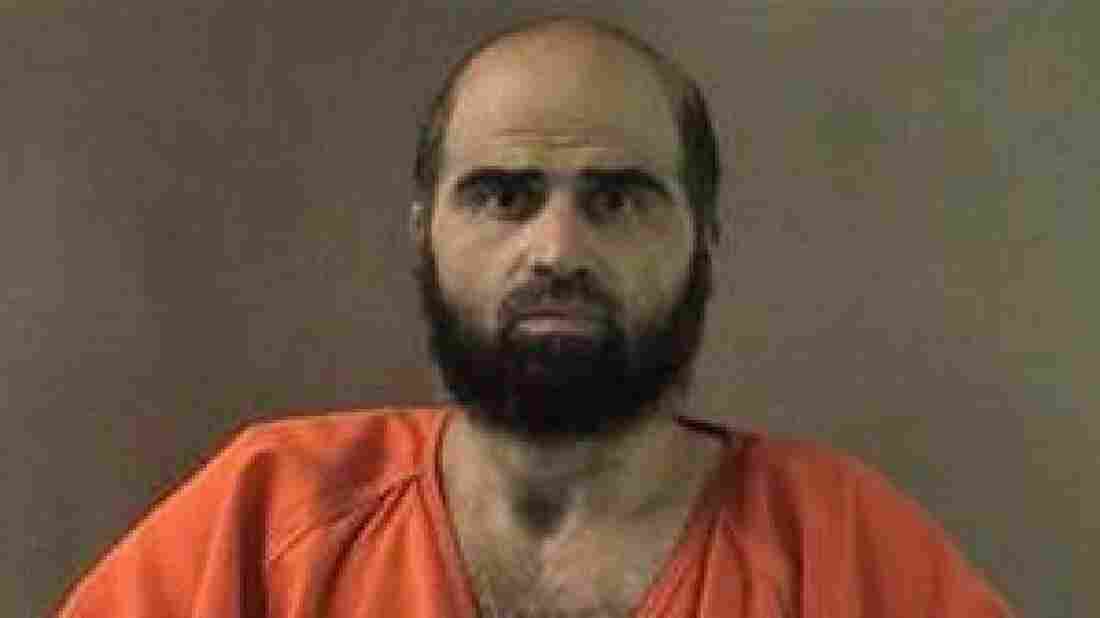 U.S. Army Maj. Nidal Hasan is charged with a 2009 killing spree that killed 13 people at Fort Hood in Texas. Homegrown terrorism by Muslim Americans has been growing over the past decade. HO/AFP/Getty Images hide caption 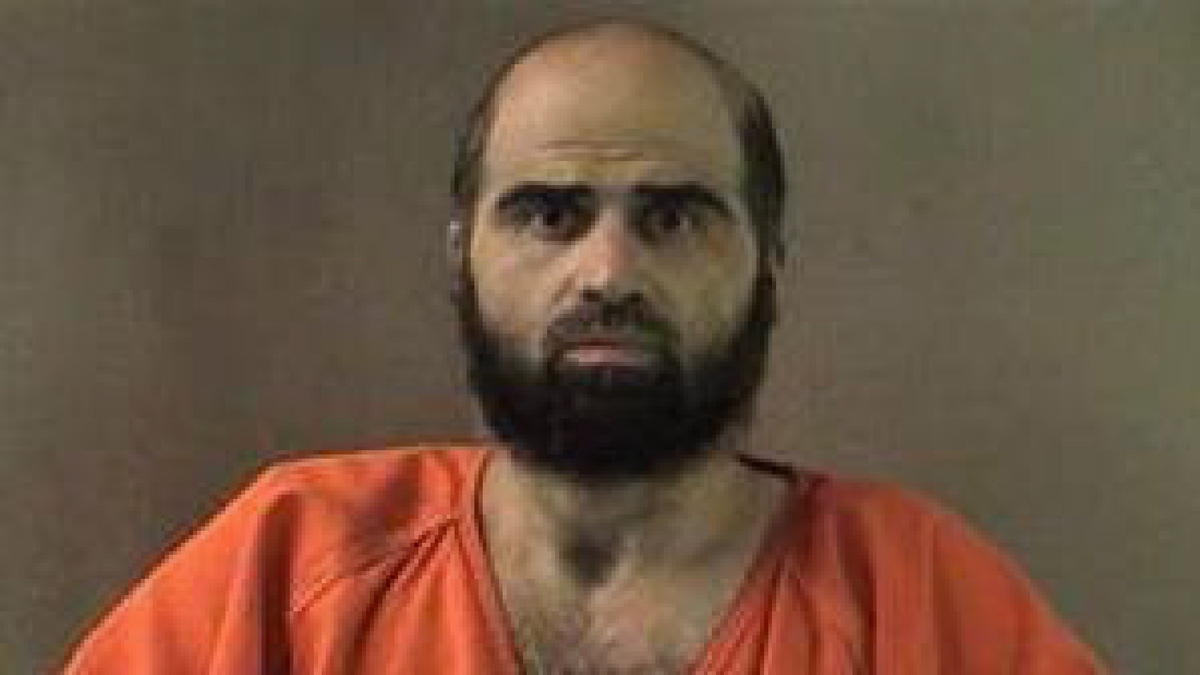 U.S. Army Maj. Nidal Hasan is charged with a 2009 killing spree that killed 13 people at Fort Hood in Texas. Homegrown terrorism by Muslim Americans has been growing over the past decade.

U.S. security officials have been warning for years that one of their biggest challenges is detecting homegrown terrorists — extremists who grow up in America, or have lived here for years, know the customs, speak the language, blend in easily and can fly below the radar of law enforcement.

As details of Boston bombing suspects emerge, reports point to two young men of Chechen origin who had been in the U.S. for up to a decade and were seemingly fully integrated into American society.

Dzhokar Tsarnaev, 19, who was the subject of an intense manhunt Friday, attended the prestigious Cambridge Rindge and Latin School, where he was described as a quiet, reserved student and a captain of the wrestling team, according to fellow students.

His older brother, Tamerlan Tsarnaev, 26, killed early Friday in a shootout with police, was a boxer who once attended Bunker Hill Community College near Boston. A photo essay on the Internet, titled Will Box For Passport, showed him training at the gym, and described him as a member of Team New England at the national Golden Gloves boxing tournament.

Because the brothers offered no obvious clues that could tip off U.S. authorities, they are exactly the kind of recruits that international terrorist groups such as al-Qaida are looking for, according to counterterrorism officials. Since the Sept. 11, 2001, attacks, U.S. authorities have become far more sophisticated in identifying potential suspects and keeping them out of the U.S., creating a major barrier for terrorist groups trying to enter the country with violent intent.

As the Boston investigation unfolds, law enforcement officials have not indicated whether they believe the brothers operated on their own, or if they received help or training abroad.

Dina Temple-Raston, NPR's counterterrorism correspondent, has been following these expanding efforts against homegrown terrorism, including a plan laid out by the White House in December 2011.

"U.S. counterterrorism officials have become adept at spotting terrorism suspects who travel overseas to get training or arrange large money transfers to support terrorist groups," she reported. "But homegrown followers who quietly embrace violent extremism after watching al-Qaida propaganda on their computers don't raise those same flags. In those cases, federal officials often learn about their intentions when it is too late. That's why the Obama administration is so eager to get into the fight local partners who are better positioned to pick up on these subtle cues."

The Sept. 11 attacks and most other major acts of terrorism against the U.S. have originated abroad. But the number of terrorism cases involving radical Muslims who are U.S. citizens has been rising over the past decade, the Council on Foreign Relations noted.

"U.S. law enforcement intelligence is hampered by an underdeveloped relationship with Muslim communities and the inability to readily identify potential terrorists — especially since they often do not appear to need help from international organizations like al-Qaida," CFR notes.

In most such cases, potential attacks were prevented or otherwise failed.

The one major exception was Nidal Hasan, a U.S.-born Muslim who worked as a career military psychiatrist, and is now on trial for the killing spree that left 13 dead in November 2009 at the Fort Hood Army base in Texas.

Even as he served in the military, Hasan appears to have been radicalized over time. Prior to the shooting, Hasan was in contact with Anwar al-Awlaki, a Muslim cleric who was subsequently killed in a U.S. drone strike in Yemen.

The Center for Strategic and International Studies noted several factors that seem to be radicalizing American Muslims while also making them hard to spot:

-- The U.S. wars in Iraq and Afghanistan were interpreted by some as a war on Muslims, even though the U.S. has left Iraq and plans to leave Afghanistan next year.

-- The rise of the Internet and social media has helped immensely with recruiting, training and operational support.

-- Many U.S. extremists come from relatively well-off families and have never previously committed a crime, making it extremely difficult to detect them in advance.

"Part of the [White House] plan has the Department of Homeland Security stepping up its community outreach to talk about protecting people's rights in the communities," she said when the 2011 report was unveiled. "They're going to be enlisting schools and community leaders in this, and they're going to teach them to identify violent extremists so they can be stopped."