Accessibility links
More Bodies Identified In Texas Fertilizer Plant Explosion : The Two-Way The remains of four more first responders were identified, according to authorities. Most of the 14 people who died were reportedly volunteer firefighters and EMS personnel. 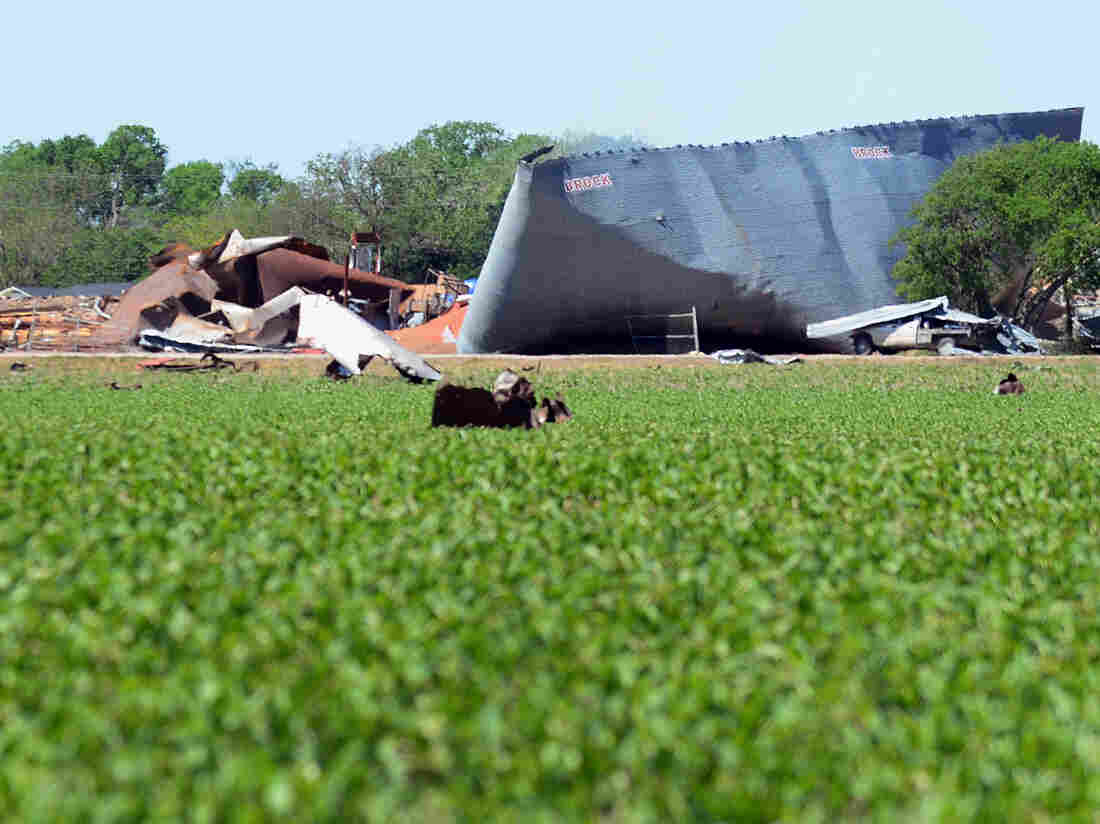 A view of the devastation from the fertilizer plant blast on Wednesday in West, Texas. Frederic J. Brown/AFP/Getty Images hide caption 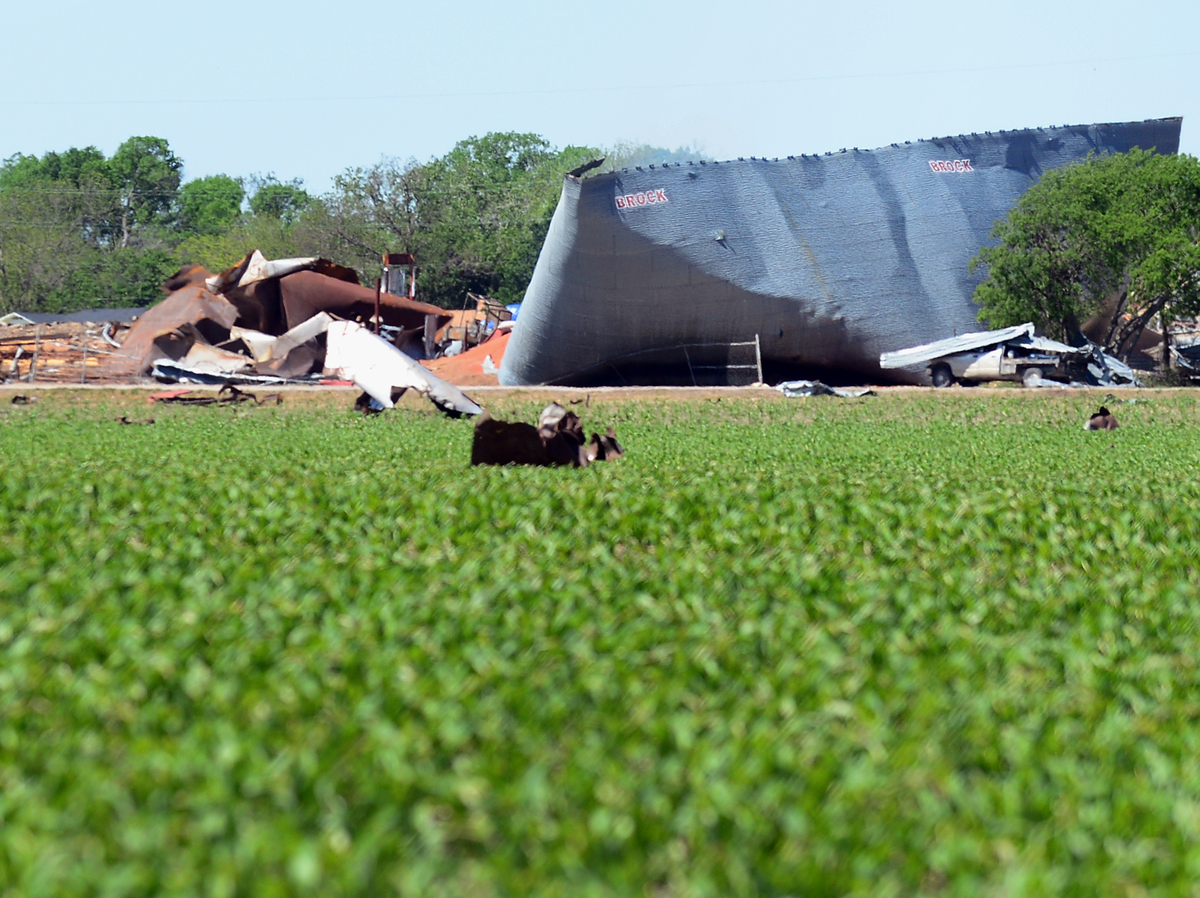 A view of the devastation from the fertilizer plant blast on Wednesday in West, Texas.

Authorities have identified four more sets of remains of first responders who battled last week's fire and explosion at a fertilizer plant in West, Texas. Wednesday's blast killed at least 14 people and injured more than 200, according to officials cited by The Associated Press.

Meanwhile, survivors from the small town north of Waco gathered Sunday to remember those who were lost, and to offer thanks that they were still alive. And, as we noted over the weekend, some residents in parts of West that bore the brunt of the blast at the West Fertilizer Co. were allowed to return home.

NPR's John Burnett reports on Morning Edition that some people lost everything; others, such as town dentist Larry Sparks, consider themselves lucky:

"It's just a matter of sweeping up the glass, and one of our front doors was demolished — it blew it completely in," Sparks tells NPR. "But it's very minimal damage compared to what some of these other folks have suffered."

According to Reuters, the plant was storing 270 tons of highly volatile ammonium nitrate fertilizer that should have been reported to the Department of Homeland Security but was not. The Texas Department of State Health Services was aware of the dangerous chemical but failed to alert DHS, the news agency reports.

Michele Scott, principal of the town's elementary school, lost her house in the explosion. She says she's been asked numerous times by people why the local high school and intermediate school were built so close to a potentially dangerous chemical plant.

"We built around the fertilizer plant," she tells NPR. "Looking back at that, it probably wasn't so smart. No one ever dreamed it would be a tragedy like this."