Accessibility links
Worst-Case Avoided: Few Airports Link Delays To FAA Furloughs : The Two-Way Impact from the furloughs has been neither extreme nor widespread, with busy airports in Chicago, Atlanta, and Los Angeles reporting no or few delays as of early Monday afternoon. New York's three big airports experienced delays, but the longest holdups were blamed on high winds and maintenance work. 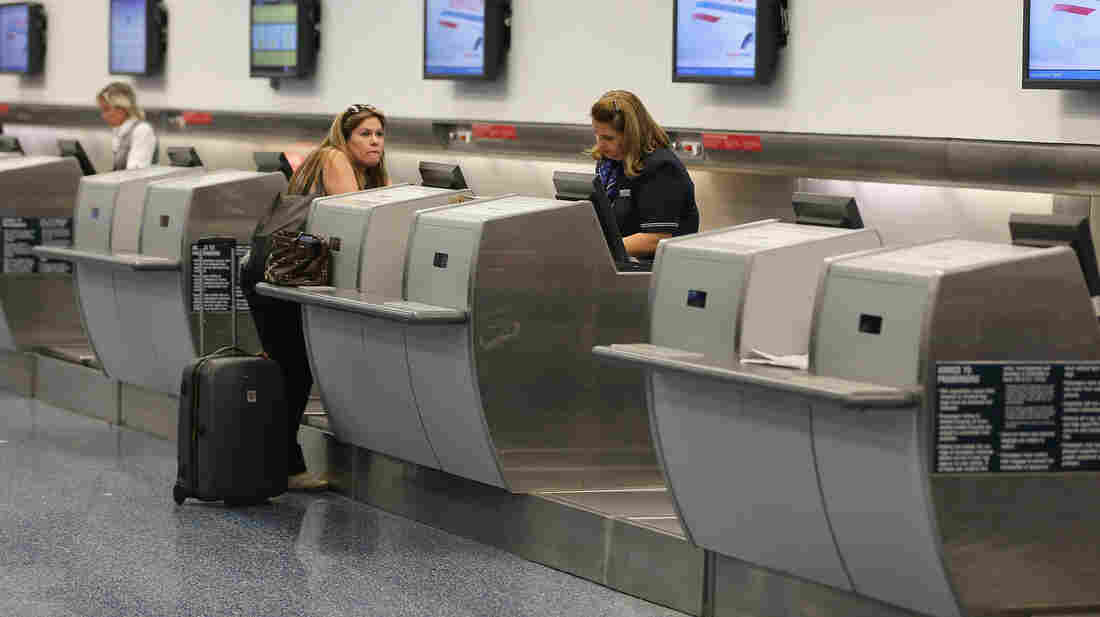 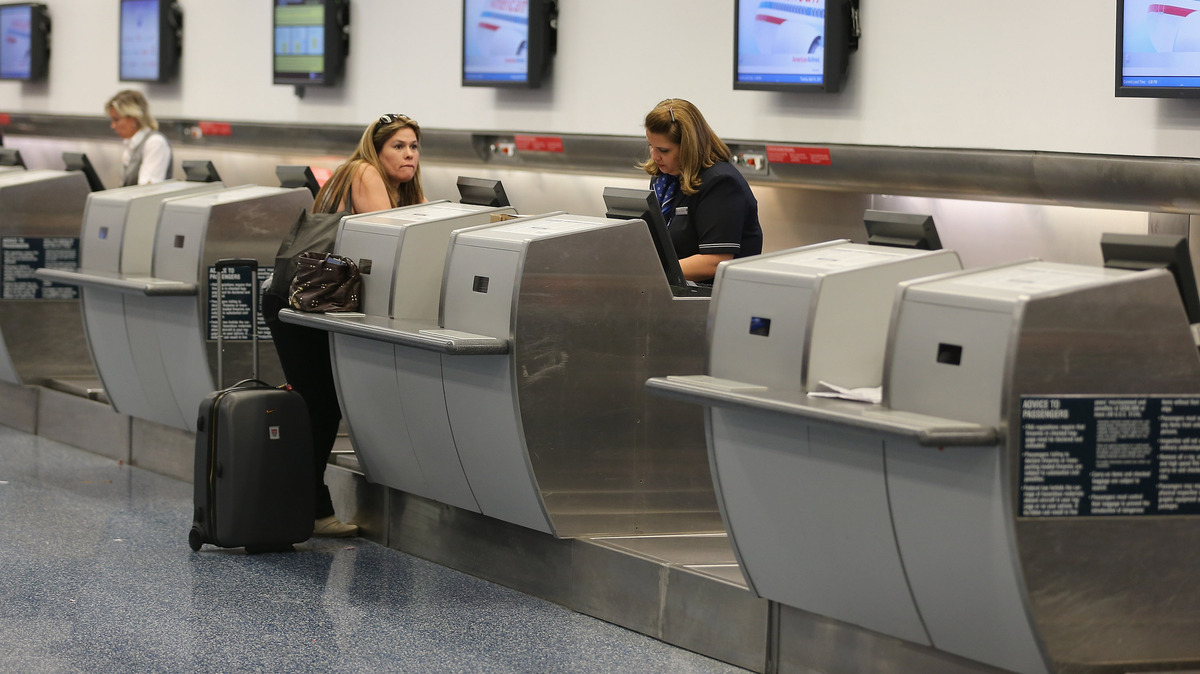 Many airline passengers saw only moderate flight delays stemming from the first full day of furloughs for nearly 15,000 flight controllers and other Federal Aviation Administration workers, as industry analysts' worst fears did not materialize. But the reduced staffing was blamed for some slowdowns, and observers say it also increased the length of unrelated delays.

We'll be keeping an eye on possible delays today, and updating this post with new information.

The FAA's furloughs didn't bring the massive cascading delays some analysts had feared as of early evening on the East Coast Monday. But many travelers' plans were hampered by delays and cancellations, as rain and windy conditions around New York City forced delays at airports and the rescheduling of flights.

Denver International also had problems, stemming from snow and ice. And Charlotte's Douglas International had intermittent delays throughout the day, which worsened in the afternoon.

The worst furlough-related delays may have been at Los Angeles International Airport, which reported delays of nearly two hours for arriving flights. The sole reason provided by the FAA was "staffing."

The FAA says that the furloughs will likely force controllers to put more space between planes, so they can be safely managed, as USA Today reports.

The furloughs may continue through September, which could complicate the summer travel season. For more background on the furloughs — including a court motion to stop them — see this story by NPR's Marylyn Geewax.

Impact from the furloughs has been neither extreme nor widespread, with busy airports in Chicago, Atlanta, and Los Angeles reporting no or few delays. New York's three big airports experienced delays, but the longest holdups were blamed on high winds and maintenance work, in addition to staffing issues.

Baltimore-Washington International Airports in Charlotte and Orlando also reported moderate to heavy delays during the mid-day hours, but they've been sporadic. Our original post continues:

As of 11:45 a.m. Monday, the FAA's U.S. flight-tracking map showed delays of more than an hour at New York's LaGuardia, due to high volume and winds. The FlightAware site reported delays of more than an hour for some inbound flights at John F. Kennedy International Airport, due to runway work. Most other large airports were deemed free of trouble, with some experiencing slight delays.

"The cuts required by the sequester have forced us to slash contract expenses and furlough 47,000 of our employees," FAA Administrator Michael Huerta told a Senate committee Thursday. He predicted that the agency's handling of air traffic operations would be less efficient, and that there would be less time for safety inspections of new aircraft.

Any delays that stem from the FAA furloughs are expected to be the most extreme at the nation's busiest airports, especially those that routinely handle international flights. The FAA recommends getting to the airport two hours before a domestic flight, and three hours before an international trip.

If significant delays develop, airlines say they plan to reroute flights and use shuttle buses to get passengers to their destinations or connecting flights.

The FAA's furlough plan has drawn criticism from members of Congress, who accuse the agency of mismanaging the budget cuts and hyping their impact.

"Given that the FAA's budget increased more than 100 percent over the last 15 years, finding five percent in savings shouldn't need to significantly impact our nation's aviation operations," said Rep. Bill Shuster, chairman of the House Committee on Transportation and Infrastructure.

Airlines, unhappy that the furloughs might cause them to experience cascading delays — and to endure frustrated customers' ire — have created a website to help the public complain to the FAA.

The FAA furloughs, which require employees to stay home from work without pay for one or two days per pay period, are expected to continue until the financial year ends on Sept. 31. The agency says that on any given day, as much as 10 percent of its employees will be off work.

The Global Business Travel Association, which bills itself as the voice of the business travel industry, sent a letter to the FAA's Huerta Monday, saying that its nearly 6,000 members "are very much alarmed by the list of airports and the expected delays. With Hartsfield-Jackson expected to see maximum delays of 210 minutes and Chicago O'Hare close behind, the impacted airports is a veritable hit list on the business travel industry."