Accessibility links
Embassy Bombed In Libya; Canada Train Plot Suspects In Court : The Two-Way A car bomb took out the front wall and the reception area of the French Embassy in what some suspect was an attack related to France's military intervention in Mali. 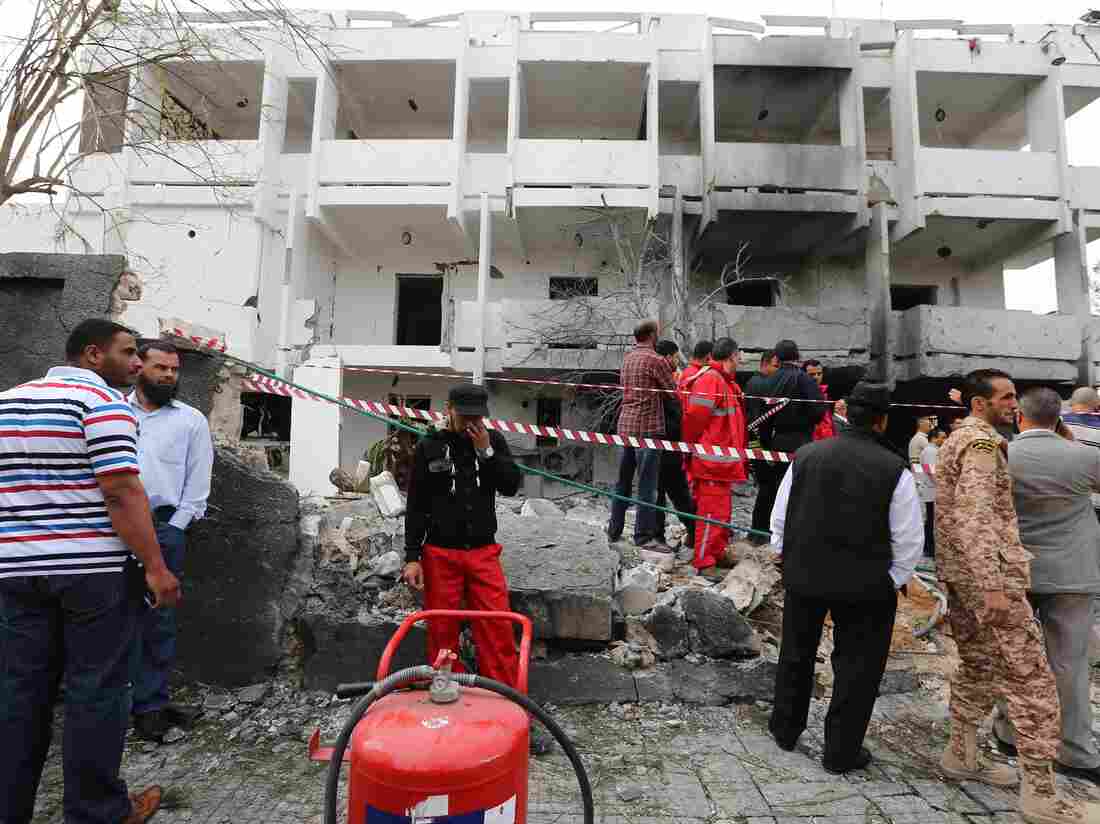 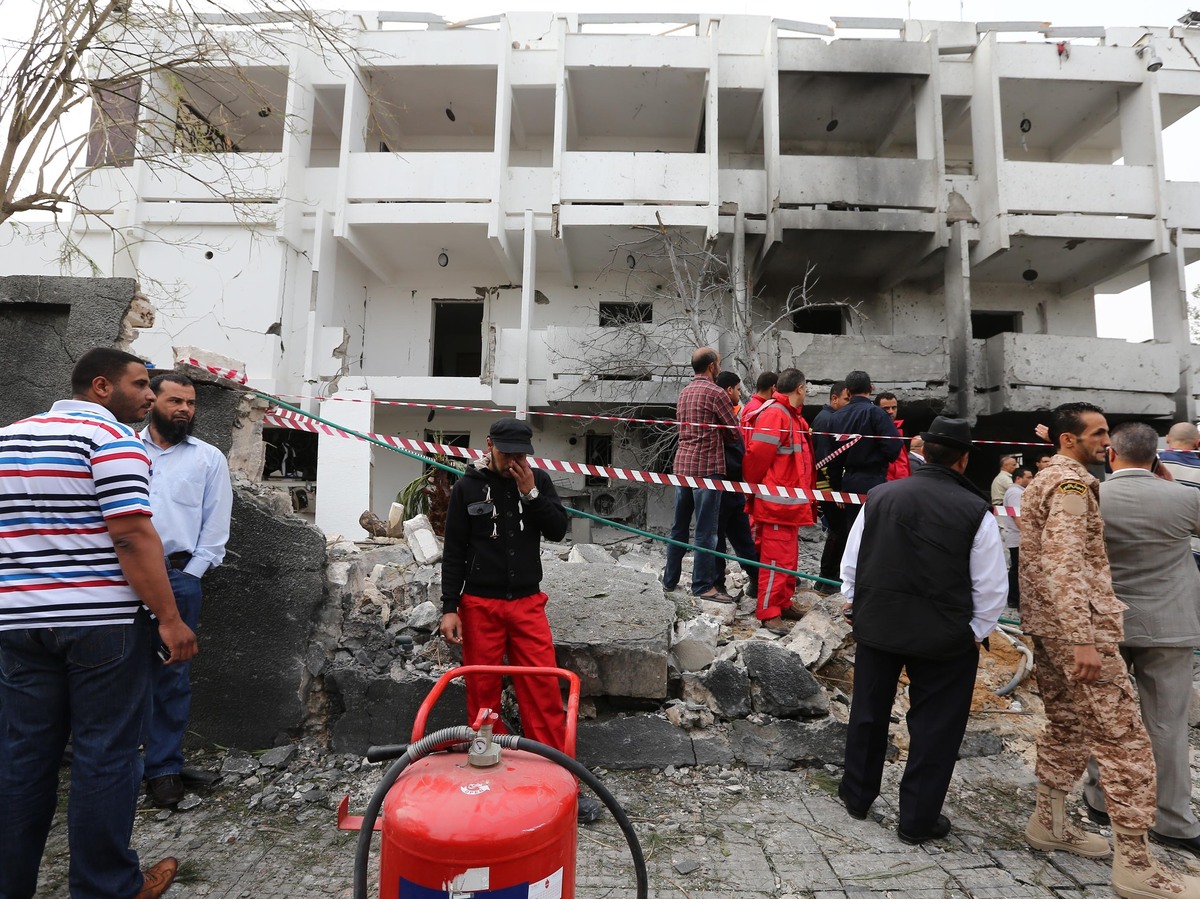 The BBC reports that one of the two suspects, Chiheb Esseghaier, told the court that the case against him was "made based on acts and words which are only appearances."

He declined representation. Raed Jaser made no statement in court. Neither suspect entered a plea on Tuesday.

"John Norris, the lawyer for Jaser, questioned the timing of Monday's arrests, which came as the Canadian parliament debates an anti-terrorism bill that would reintroduce 'preventative detention' and investigative hearings.

" 'I don't know what their purposes were but their timing was notable to say the least,' Norris was quoted by The Globe and Mail newspaper as saying."

After a brief appearance in court in Toronto, a judge denied bail to Raed Jaser, but there's no decision yet on his alleged accomplice, Chiheb Esseghaier, according to the Canadian Broadcasting Corp.

A car bomb outside the French Embassy in Libya wounded two guards and a Libyan teenager. Meanwhile, two suspects in what Canadian police are calling a terrorist plot to derail a passenger train were set to appear in court in Toronto on Tuesday.

The blast from the car bomb in the Libyan capital, Tripoli, reportedly took off the front wall of the embassy and its reception area, and blew out the windows in nearby homes.

It was the first such attack on a diplomatic compound in Libya since the Sept. 11 attack on the U.S. Consulate in Benghazi that killed American Ambassador Chris Stevens and three others.

"This is the first time that the capital suffers such an attack. It's symbolically important because it's where institutions are. ... It [is a message that] these groups can strike pretty much anywhere," Karim Bitar, a senior research fellow at the Institute for International and Strategic Relations in Paris, tells The Christian Science Monitor.

No group immediately claimed responsibility for the attack.

"French President Francois Hollande condemned the act, saying it was an attack not just against France but 'all countries in the international community engaged fighting terrorism.'

"It is unclear what the motive was and whether there is a link to France's intervention in Mali or its role in the ouster of the late Mr. [Moammar Gadhafi]."

" ... Libyans immediately suspected militant Islamists angry over the French intervention in Mali, where French troops are supporting government efforts to oppose Islamic militants in the north of the country. The assault came a day after the French Parliament voted to extend the French military deployment there.

"In the months since French soldiers landed in Mali in January to roll back an attempted takeover by hard-line Islamists, militants in Libya and around the region have denounced the invasion as a new imperialist adventure by Mali's former colonial ruler."

Back in Canada, Dan Karpenchuk reports for NPR from Toronto that Chiheb Esseghaier, 30, and Raed Jaser, 35, face a bail hearing after they were arrested by police for allegedly plotting to derail a New York-to-Toronto passenger train — a plan authorities say received "direction and guidance" from al-Qaida members in Iran, though there's no evidence that Tehran was directly involved.

At a news conference in Toronto, Superintendent Doug Best said it was "the first known al-Qaida-planned attack" in Canada.

The Associated Press reports that officials in Washington and Toronto said the alleged plot had no connections to last week's bombings at the finish line of the Boston Marathon.

Karpenchuk says police believe the two men had been in Canada legally for a considerable time and that one of them is from Tunisia and the other from the United Arab Emirates.

Police think the men planned to derail the train once it crossed over the border into Canada. They say the suspects came to their attention after tips from the Muslim community.

The pair face charges of conspiracy to murder and to carry out a terrorist attack.