Accessibility links
Boeing To Resume 787 Deliveries; NTSB Probes Certification : The Two-Way The transportation safety agency is trying to find out why the certification process for the new passenger aircraft didn't catch a critical problem with batteries. 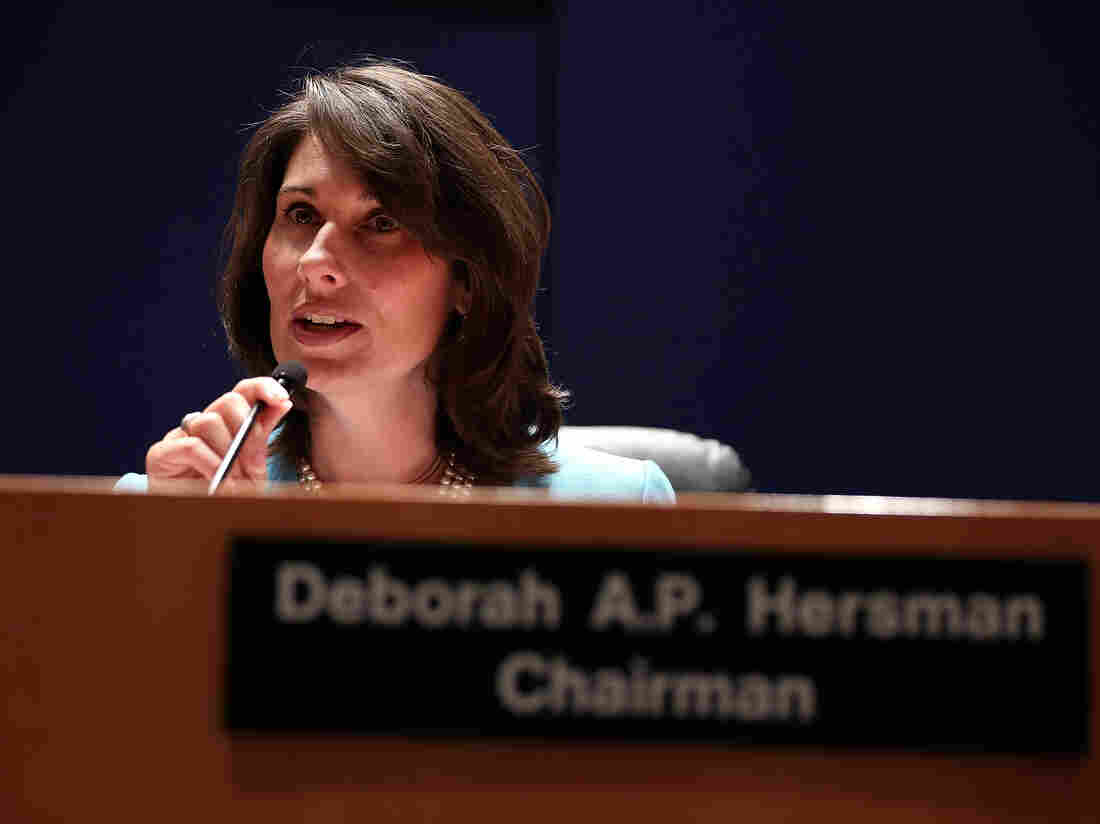 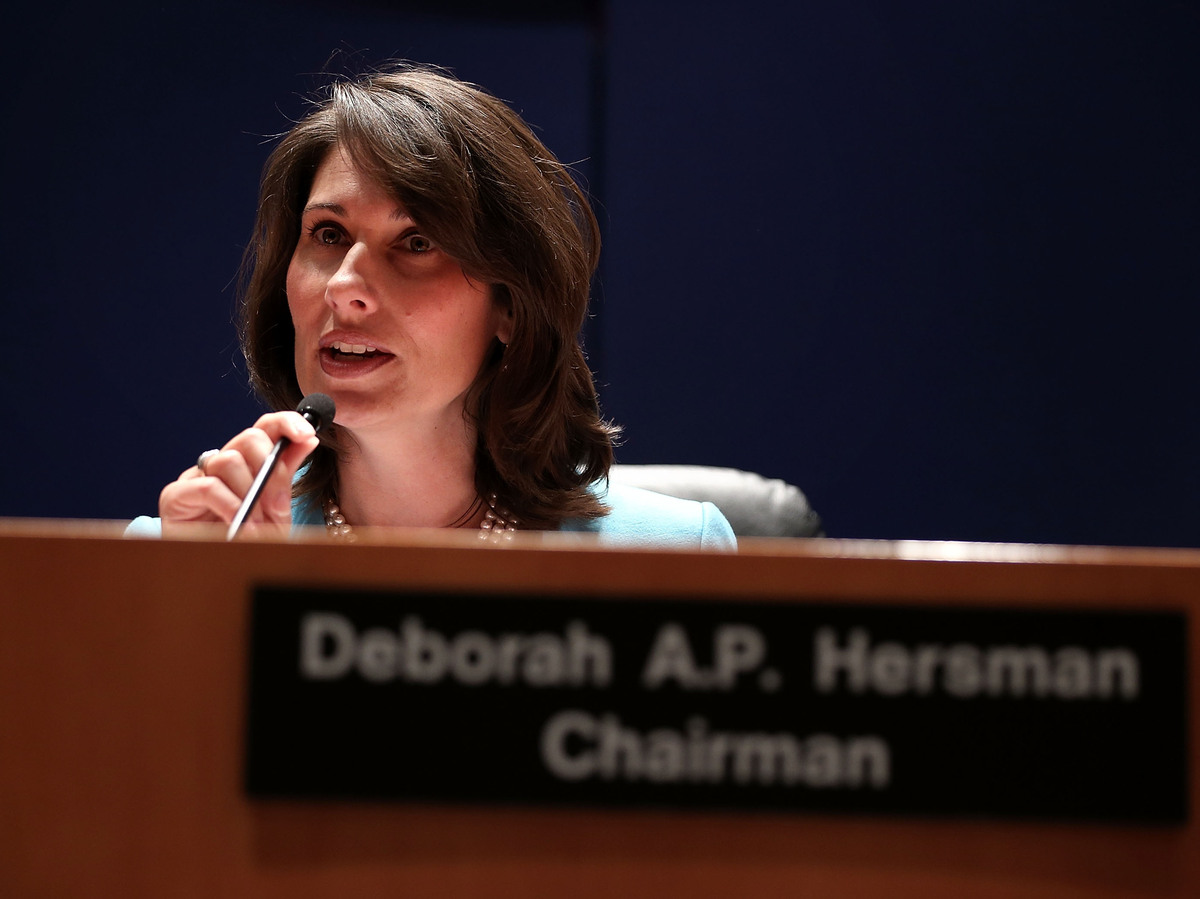 Boeing, which had delivered about 50 of its new passenger aircraft before battery failures in January grounded the plane, says it will resume deliveries to airline customers in early May, The Associated Press reports.

Boeing CEO Jim McNerney says the new battery setup has been installed on 10 787s that belong to airlines, and on nine more that have been built but not delivered. "The bulk" of airline-owned 787s will get the battery fix by mid-May, he's quoted by the AP as saying. Each installation takes about five days.

The National Transportation Safety Board wants to know how a problem with the design of batteries that led to a fire aboard a Boeing 787 "Dreamliner" slipped through the extensive certification process for the new passenger aircraft.

In the first day of a public hearing Tuesday, the NTSB questioned officials from Boeing, the Federal Aviation Administration, Japanese battery maker GS Yuasa Corp. and electrical system maker Thales of France. The safety agency wants to find out what was known about overheating problems with lithium-ion batteries prior to two failures aboard 787s in January, one of which led to a fire on the ground that took an hour to put out.

"We are here to understand why the 787 experienced unexpected battery failures following a design program led by one of the world's leading manufacturers and a certification process that is well-respected throughout the international aviation community," NTSB Chairwoman Deborah Hersman said during the first of two days of hearings.

"We are looking for lessons learned, not just for the design and certification of the failed battery but also for knowledge that can be applied to emerging technologies going forward," she said.

As The Los Angeles Times reports:

"Much of the testing was left to Boeing and its battery suppliers. They determined that the likelihood of smoke or fire from a 787 battery would occur fewer than once in every 10 million flight hours. But there already have been two crucial battery events on the 787 fleet with fewer than 52,000 flight hours."

The 787 "is the first airliner to make extensive use of lithium-ion batteries. Since the FAA doesn't have safety regulations for those batteries as installed equipment in planes, the agency and Boeing jointly developed the special safety conditions the plane's battery system should have to meet, according to documents and testimony.

"The FAA also agreed to Boeing's proposed tests for the batteries, and the company and its subcontractors were responsible for performing those tests.

"In one key test, a nail was driven into one of the battery's eight cells to create a short circuit. Based on the test results, Boeing concluded that a short circuit in one cell wouldn't start a fire or cause the battery's other cells to short. Yet that's exactly what NTSB investigators say happened in the battery fire in Boston, although they still don't know the origin of the short-circuiting."

Boeing's chief engineer for the 787 program, Mike Sinnett, defended the certification process that OK'd the Dreamliner for service, saying the innovative aircraft underwent the most extensive testing in the company's history.

"The FAA dedicated over 200,000 hours of certification of the 787 program," Sinnett said. Testing on the battery system was "rigorous and subject to scrutiny," he said.

"Our belief ... was that any form of internal short circuit could lead to venting of that cell and release of the electrolyte but nothing more than that," Sinnett testified.

"We had a battery supplier with a lot of experience, and with a test method that was state of the art," he said. "In retrospect, we may apply tighter test criteria or seek to understand test criteria a little more."

Steve Boyd, manager of the FAA's airplane and flight crew interface branch, declined to speculate when asked how dangerous the Jan. 7 battery fire aboard an All Nippon Airways 787 would have been had the aircraft been in flight instead of parked on the tarmac.

But he did voice confidence in Boeing's test process, in which FAA specialists were involved. "We believed Boeing's approach was a reasonable approach to show compliance," Boyd said.

Last week, the FAA approved a redesign of the problematic battery, a step that clears the way for it to authorize a return to flight for the 787, which has been grounded over the failures since January.