Accessibility links
WATCH: Nevada Lawmaker Comes Out During Gay Marriage Debate : The Two-Way "I'm black. I'm gay," Nevada State Sen. Kelvin Atkinson said for the first time in public. The Senate went on to approve a first step in repealing a ban on gay marriage in the state. 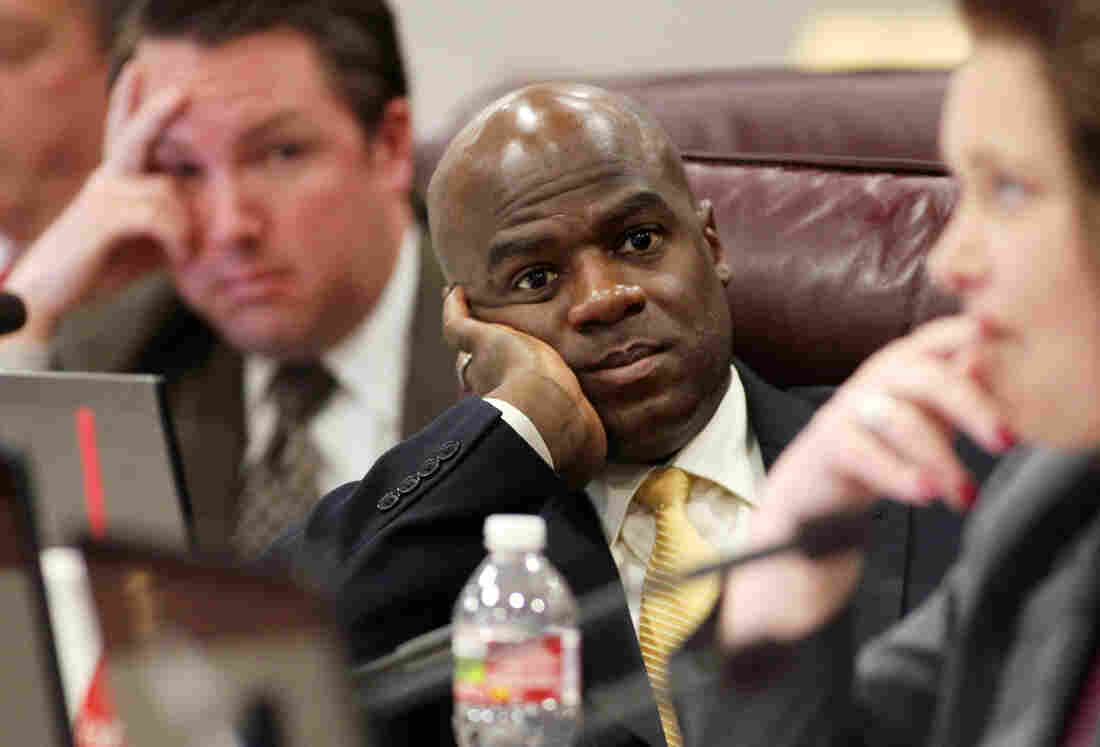 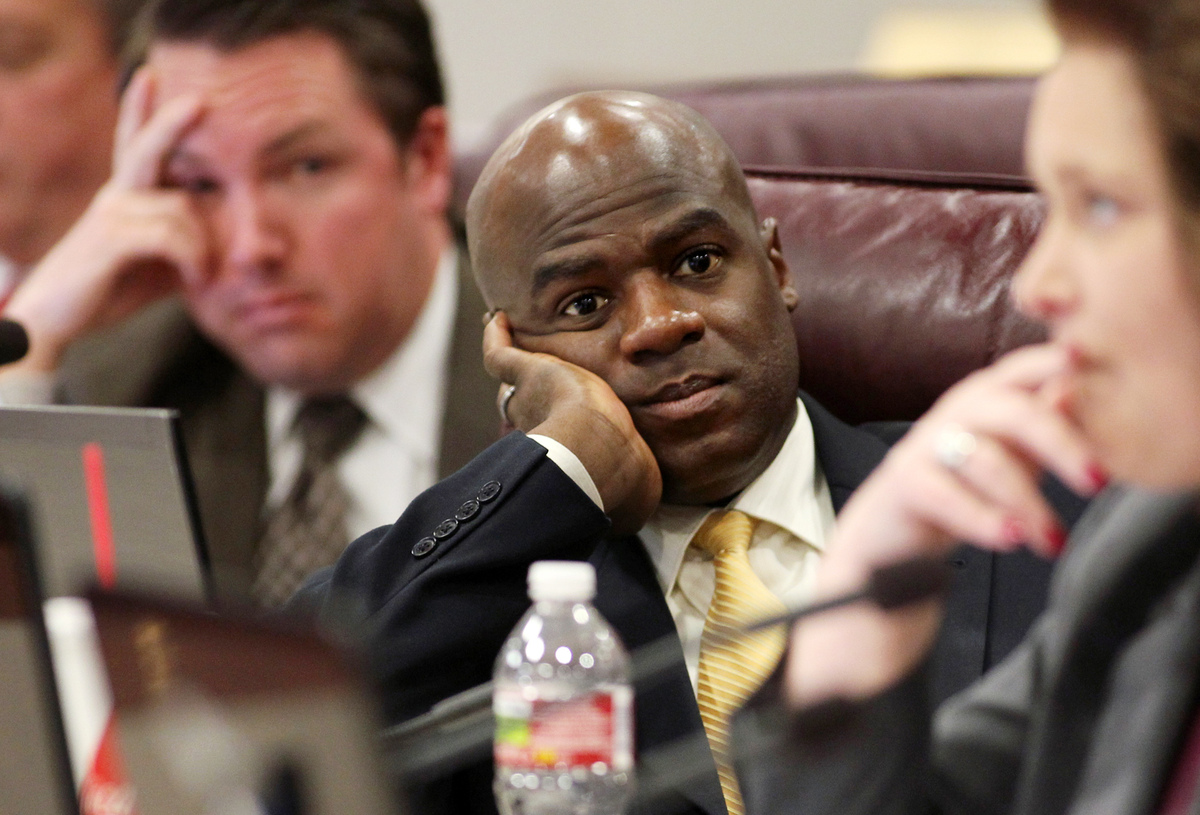 With all the other news demanding our attention in the past week, we missed an interesting dispatch from Nevada: Just as the state Senate began moving toward repealing a ban on same-sex marriage, a state senator surprised his colleagues with an announcement.

The Las Vegas Sun reports this happened on Monday during a floor debate. The paper reports:

"In a particularly emotional moment, Sen. Kelvin Atkinson, D-North Las Vegas, publicly declared for the first time that he is gay.

" 'I'm black. I'm gay,' Atkinson said in a trembling voice after describing his father's interracial re-marriage that would have been banned earlier in American history. 'I know this is the first time many of you have heard me say that I am a black, gay male.'

"Atkinson went on to rebut the argument that gay marriage threatens any other definition of marriage."

The Nevada Senate went on to vote 12-9 in favor of sending SJR13, an amendment to the Nevada Constitution requiring the recognition of all marriages regardless of gender, to the full assembly.

Good Morning America reports: "Atkinson, a young single father and Chicago native, has served as a Democratic member of the state's Legislature for more than a decade."

Gawker points us to video of the floor speech: