Accessibility links
5 Presidents Set To Help Dedicate George W. Bush's Library : The Two-Way The former president's library is on the campus of Southern Methodist University in Dallas. Its opening comes as polls show his approval rating on the rise.

We're due for one of those rare moments Thursday morning when the current president and all of his living predecessors will be together.

The occasion: The dedication of the George W. Bush Presidential Library and Museum on the campus of Southern Methodist University in Dallas. Presidents Jimmy Carter, George H.W. Bush, Bill Clinton and Barack Obama are due to be there along with, of course, George W. Bush.

C-SPAN will be among the networks broadcasting, and streaming its coverage, when the ceremony gets going at 11 a.m. ET. The library plans to webcast the event here. We'll be watching and updating. 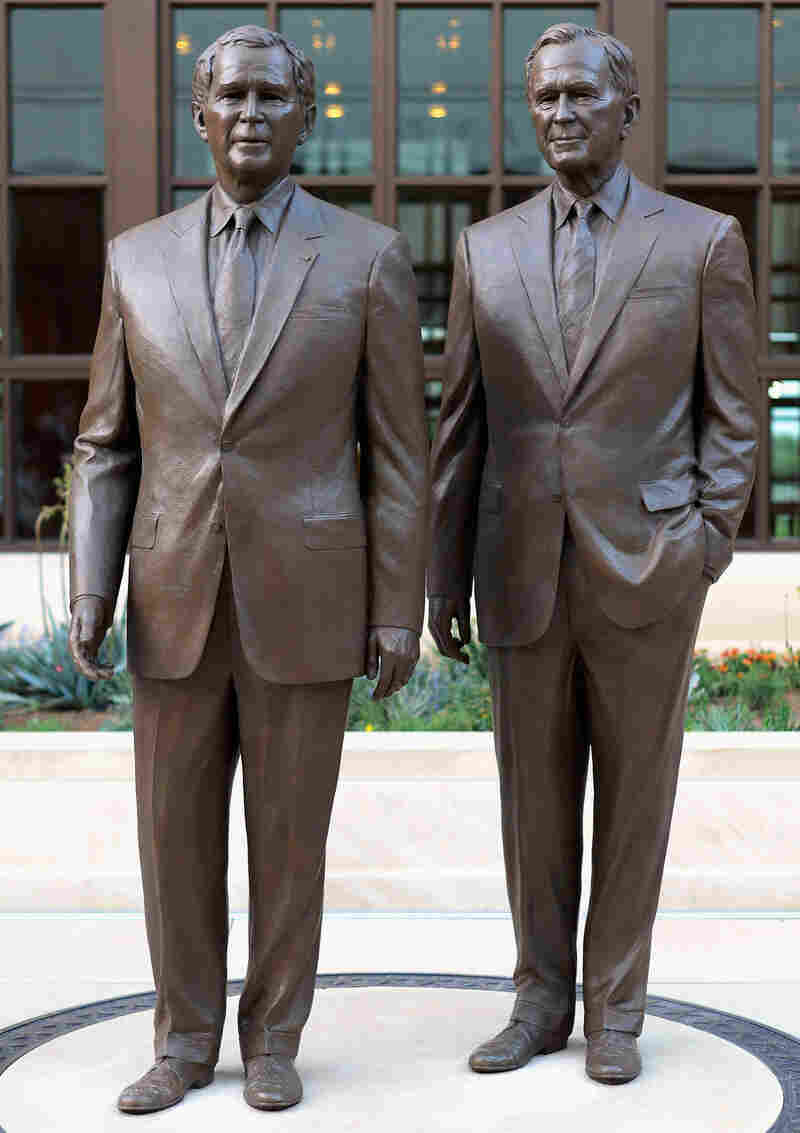 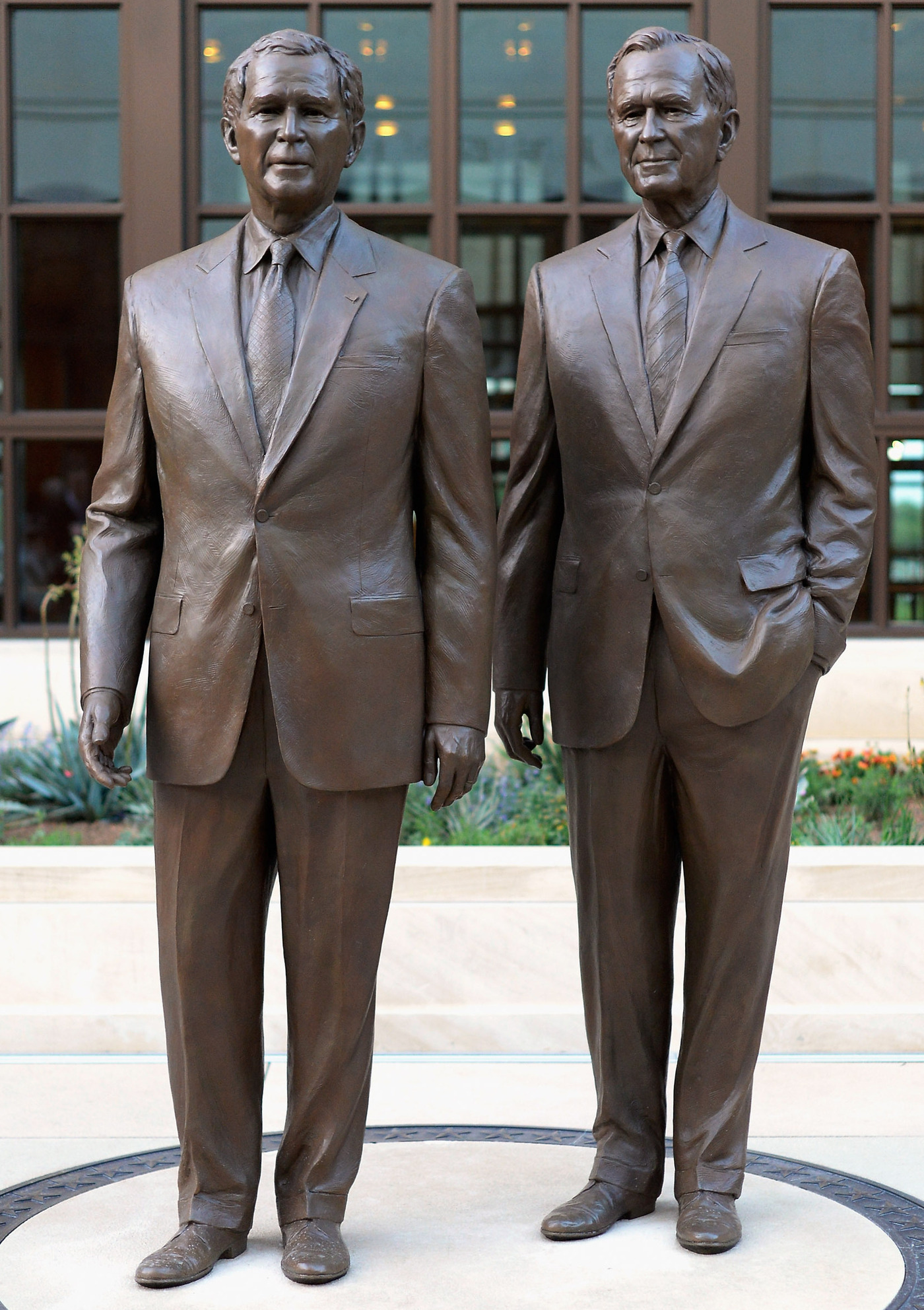 The dedication comes as:

-- Bush's approval rating has reached a 7-year high. According to a Washington Post/ABC News poll, "almost as many people (47 percent) approve of how Bush handled his eight years in office as disapprove (50 percent)."

On Morning Edition Thursday, former first lady Laura Bush said the library is not intended to be an institution that will change the public's opinion of her husband. "The point [is] to talk about the history of our country through the eyes of the president," she told NPR's David Greene.

Visitors will first be led through exhibits about some of the issues Bush had hoped to work on at the start of his time in office, including education and tax cuts. Then, the former first lady said, "you turn the corner and there's the huge beam from the World Trade Center standing in the middle of a memorial to everyone who died on Sept. 11."

Interactive exhibits on the war with Iraq, Hurricane Katrina and the economic downturn at the end of Bush's administration, give visitors the chance to vote on what they would have done — and then watch videos of the former president explaining his decisions. It's called "Decision Points Theater," as NPR's Linton Weeks explained Wednesday.

NBC News has a story comparing the new library to those of other presidents. It is the most expensive of them all, at $250 million. Private funds paid for the construction, but taxpayers pay for the operation of presidential libraries. According to CBS News, "the National Archives expects to spend $68.7 million in administration at the presidential libraries in 2013."

The George W. Bush library opens to the public on May 1.

The national anthem was just sung and the dedication ceremony is under way. We'll put highlights from the presidents' remarks in a new post later this hour.

While George W. Bush will speak last, NPR's Don Gonyea tells us that the other presidents will speak in chronological order according to when they were in office. So it will be Carter first, then: George H.W. Bush, Clinton and Obama.