Accessibility links
Anger Rises Along With Death Toll At Bangladesh Factory : The Two-Way More than 200 have died and hundreds more are trapped beneath rubble at the site of the garment factory collapse near the capital, Dhaka.

Anger Rises Along With Death Toll At Bangladesh Factory

Anger Rises Along With Death Toll At Bangladesh Factory 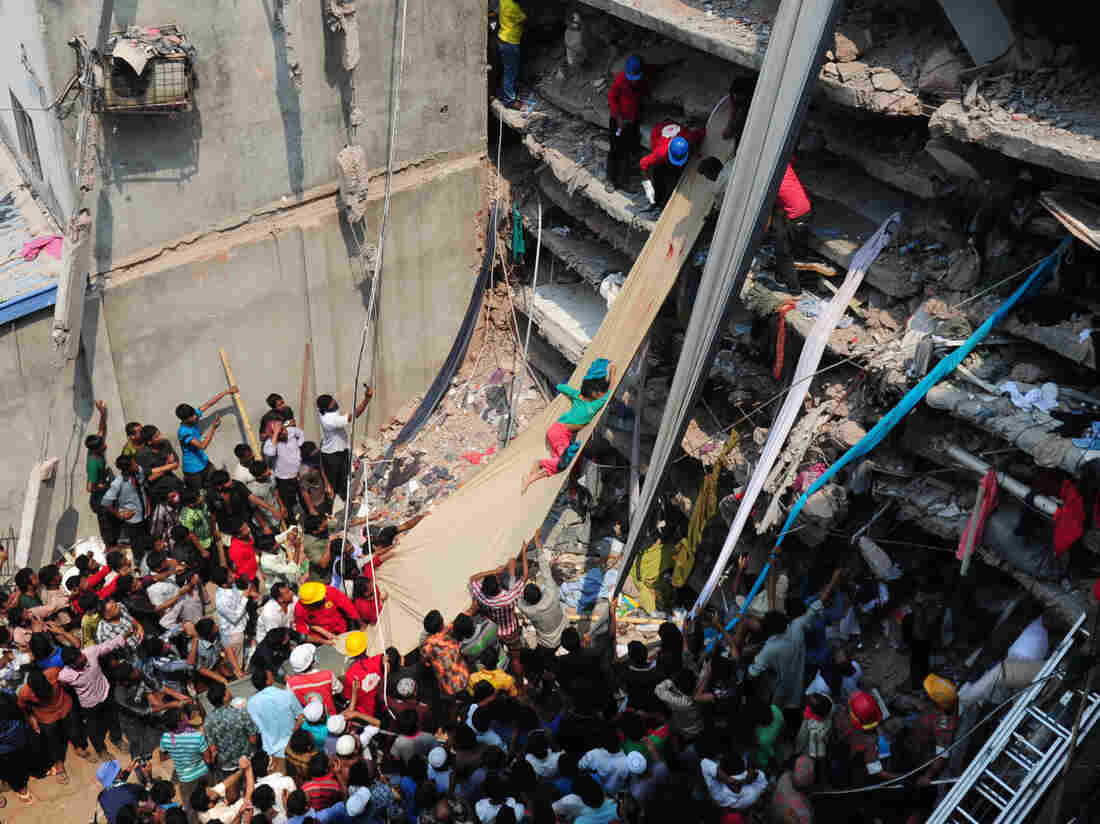 Volunteers use a length of textile as a slide to move victims Thursday from the rubble of a collapsed building in Savar, Bangladesh. AFP/Getty Images hide caption 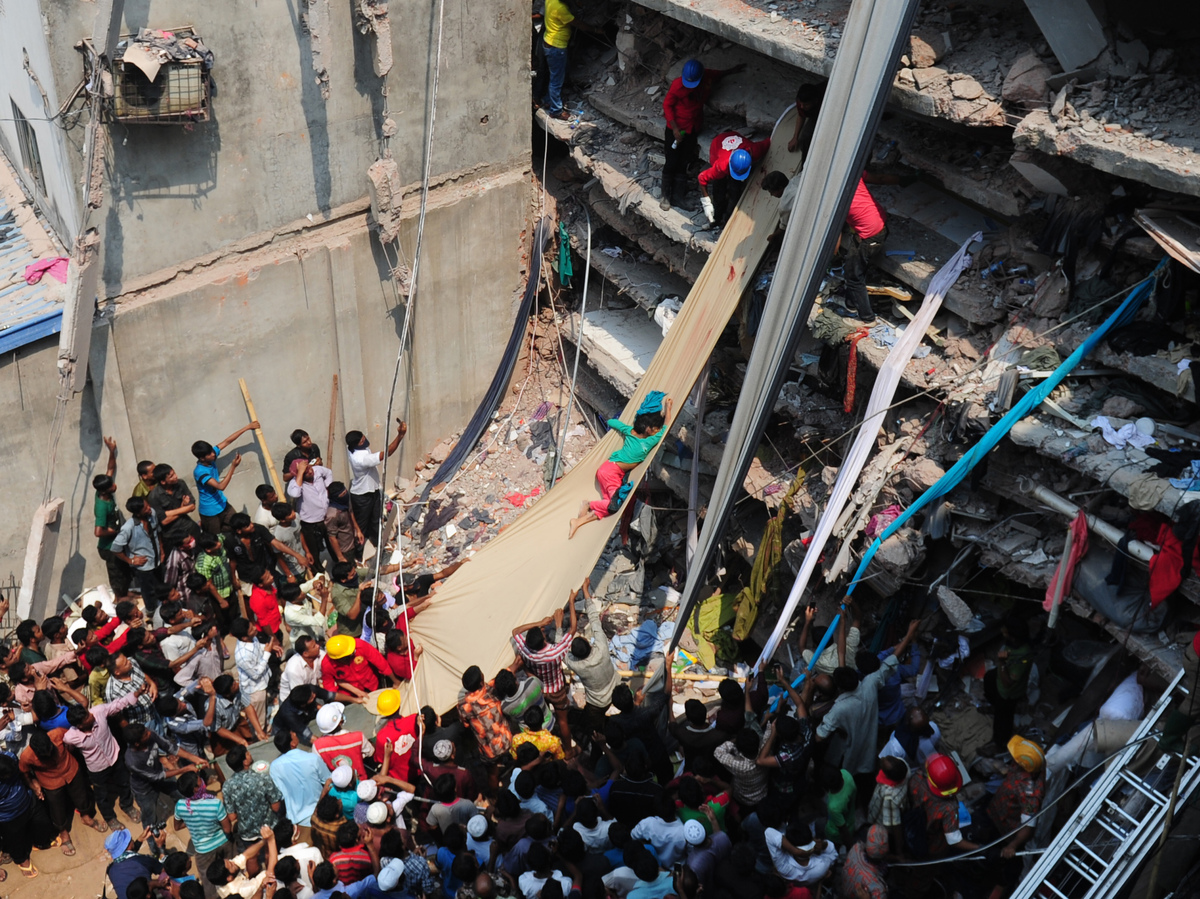 Volunteers use a length of textile as a slide to move victims Thursday from the rubble of a collapsed building in Savar, Bangladesh.

Authorities said early Friday that 275 bodies have been recovered from the site.

Brig. Gen. Mohammed Siddiqul Alam Shikder, head of the rescue operation, said 61 people had been rescued since Thursday afternoon, according to The Associated Press. More than 2,000 people have been rescued since the building's collapse on Wednesday.

Update at 4 p.m. ET: Brig. Gen. Mohammed Siddiqul Alam Shikder, who is overseeing rescue operations, says the death toll had risen to 238 as of Thursday night, according to The Associated Press.

Rescue workers in Bangladesh sifted through broken concrete and twisted rebar Thursday, hoping to find survivors from the collapse of an eight-story garment factory complex that has killed more than 200 people and trapped hundreds of others.

NPR's Julie McCarthy, reporting from New Delhi, says this could be the South Asian country's worst industrial disaster, and that it has "revived anger about unregulated factories that supply some of the world's best-known brands."

"Hundreds of rescuers, some crawling through the maze of rubble in search of survivors and corpses, worked through the night and into Thursday amid the cries of the trapped and the wails of workers' relatives gathered outside the building, called Rana Plaza. It housed numerous garment factories and a handful of other companies."

The collapse in Savar, an industrial suburb of the capital, Dhaka, occurred Wednesday after some workers reported the appearance of deep cracks in the walls of the complex. Officials said factory managers ignored a police order to evacuate the building after the cracks were discovered.

Cheap labor and production costs have made Bangladesh an attractive place for Western companies to produce textiles and garments in recent years, allowing the country to become the second-largest producer of textiles, after China.

"But workers' rights groups say the pressure to produce things cheaply in Bangladesh only discourages renovations [to factories] that can be costly," McCarthy says.

On its website, Primark said it was "shocked and deeply saddened" by the incident.

On Wednesday, The Children's Place confirmed that it was supplied by one of the factories in the complex, but Dress Barn said it had "not purchased any clothing from that facility since 2010."

The collapse comes just five months after 112 workers were killed in a fire in another apparel factory in Bangladesh that had supplied Wal-Mart and Sam's Club.