Accessibility links
Boston Bombing Suspect Moved To Prison Medical Center : The Two-Way Dzhokhar Tsarnaev is now being held at a federal facility outside Boston where he can be treated for his injuries. Some victims of the Boston Marathon bombings, and their families, had been upset that he was in the same hospital as people who had been injured by the blasts.

Dzhokhar Tsarnaev, the surviving suspect in the April 15 Boston Marathon bombings and the crimes that followed, has been moved out of Boston's Beth Israel Deaconess Medical Center "and is now confined at the Bureau of Prisons facility FMC Devens at Ft. Devens, Mass.," U.S. Marshals Service spokesman Drew Wade said in a statement emailed to reporters Friday morning.

According to the Federal Bureau of Prisons:

"FMC Devens is located in north central Massachusetts, approximately 39 miles west of Boston and 20 miles north of Worcester, on the decommissioned military base of Fort Devens."

Tsarnaev, 19, is being treated for injuries he received sometime last Friday during either a gun battle with police in Watertown, Mass., or when authorities opened fire on the boat he was found hiding in there. He's said to be in fair condition. The other suspect in the bombings that killed three people and injured more than 200, as well as the subsequent murder of a MIT police officer and shooting of a Boston area transit officer, was 26-year-old Tamerlan Tsarnaev. He was Dzhokhar's brother. Tamerlan Tsarnaev died last Friday from injuries he received during that gun battle in Watertown. 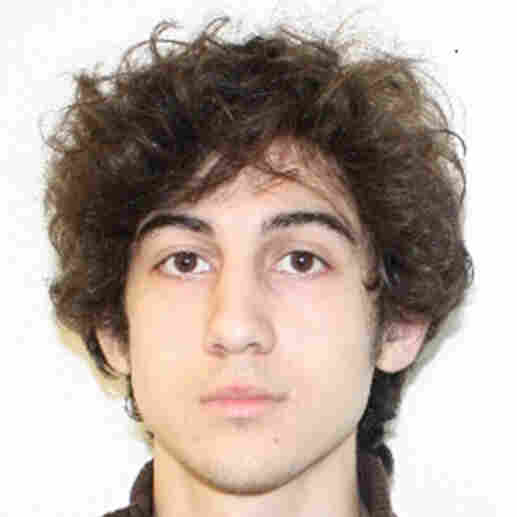 Dzhokhar Tsarnaev, in an undated photo released by the FBI. FBI.gov hide caption 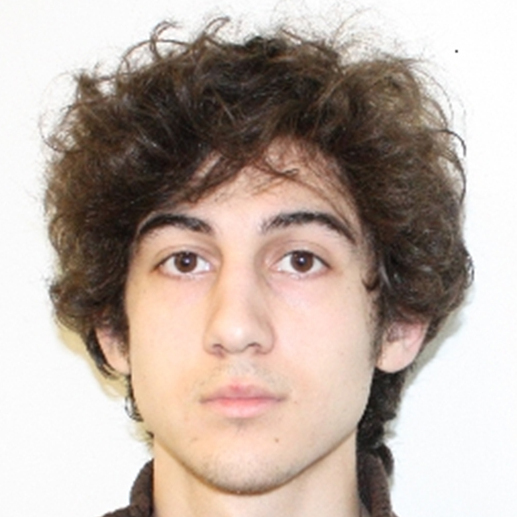 Dzhokhar Tsarnaev, in an undated photo released by the FBI.

From WBUR: "Setting The Record Straight On Evolving Manhunt Details."

Dzhokhar Tsarnaev has been charged with using a weapon of mass destruction.

The statement from the Marshals Service did not say when Dzhokhar Tsarnaev was moved out of the hospital. But New England Cable News reports that "at about 3:00 am Friday morning, Boston and state police seemed to have left Beth Israel Deaconess Medical Center."

Victims of the bombings are being treated at Beth Israel Deaconess. As we noted Wednesday, some of those patients and their families had been upset that the suspect was there.

Among the morning's other stories about the bombings and their aftermath, is this piece from The Boston Globe: "Carjack Victim Recounts His Harrowing Night."

Identified only as "Danny," the man who says it was his SUV that the suspects carjacked on April 18 adds more harrowing details to the story (as we wrote earlier this week, he had previously spoken with New Hampshire's WMUR-TV).

The Globe writes that Danny's 90-minute encounter with the suspects began when a man rapped on his SUV's passenger side window:

"Danny, unable to hear him, lowered the window — and the man reached an arm through, unlocked the door, and climbed in, brandishing a silver handgun.

" 'Don't be stupid,' he told Danny. He asked if he had followed the news about Monday's Boston Marathon bombings. Danny had, down to the release of the grainy suspect photos less than six hours earlier.

" 'I did that,' said the man, who would later be identified as Tamerlan Tsarnaev. 'And I just killed a policeman in Cambridge.' "

Danny got away from the suspects, he says, when they had to stop at a gas station because the SUV was low on gas. A sign there said "cash only." The Globe writes that:

"When the younger brother, Dzhokhar, was forced to go inside the Shell Food Mart to pay, older brother Tamerlan put his gun in the door pocket to fiddle with a navigation device — letting his guard down briefly after a night on the run. Danny then did what he had been rehearsing in his head. In a flash, he unbuckled his seat belt, opened the door, stepped through, slammed it behind, and sprinted off at an angle that would be a hard shot for any marksman."

Another headline this morning worth checking out: "Anti-Terror Task Force Was Warned of Tamerlan Tsarnaev's Long Trip To Russia." (The Washington Post)

Our posts about the bombings, the hunt for the suspects and related news are collected here.