Accessibility links
On-The-Job Deaths Continue At Steady, Grim Pace : The Two-Way While the most recent data show a slight dip in the rate of fatal injuries, the actual number of people who lost their lives while at work edged up. Groups that push to make work safer say not enough is being done to prevent such deaths. 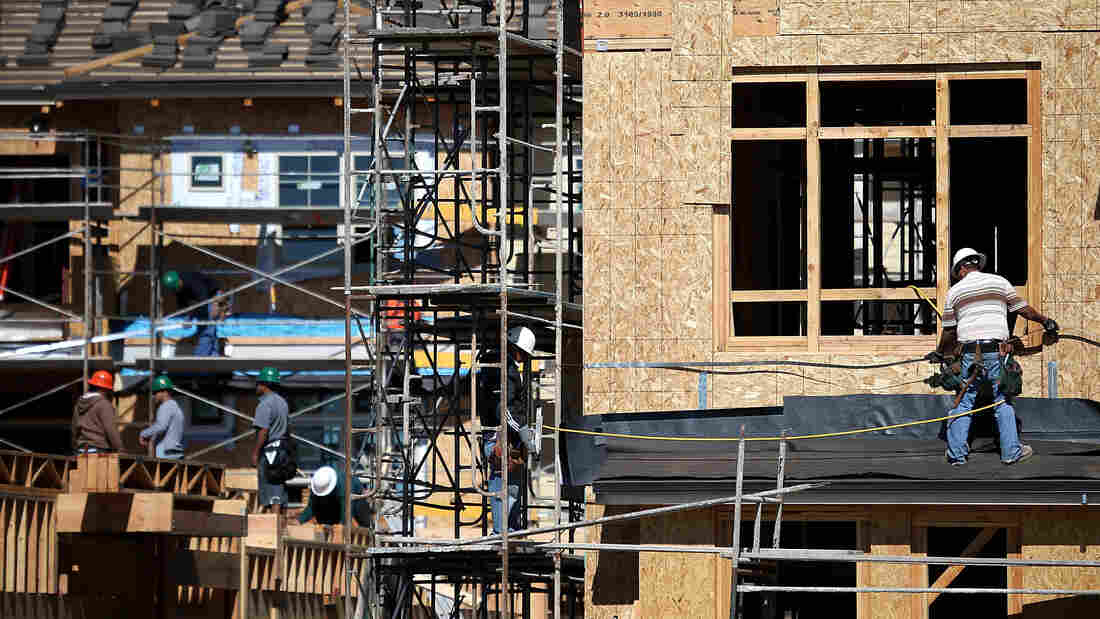 A construction site in San Mateo, Calif., earlier this month. There were 738 deaths of construction workers in the U.S. during 2011, the most of any single industry. The fatality rate per workers was higher, when taken together, in agriculture, forestry, fishing and hunting Justin Sullivan/Getty Images hide caption 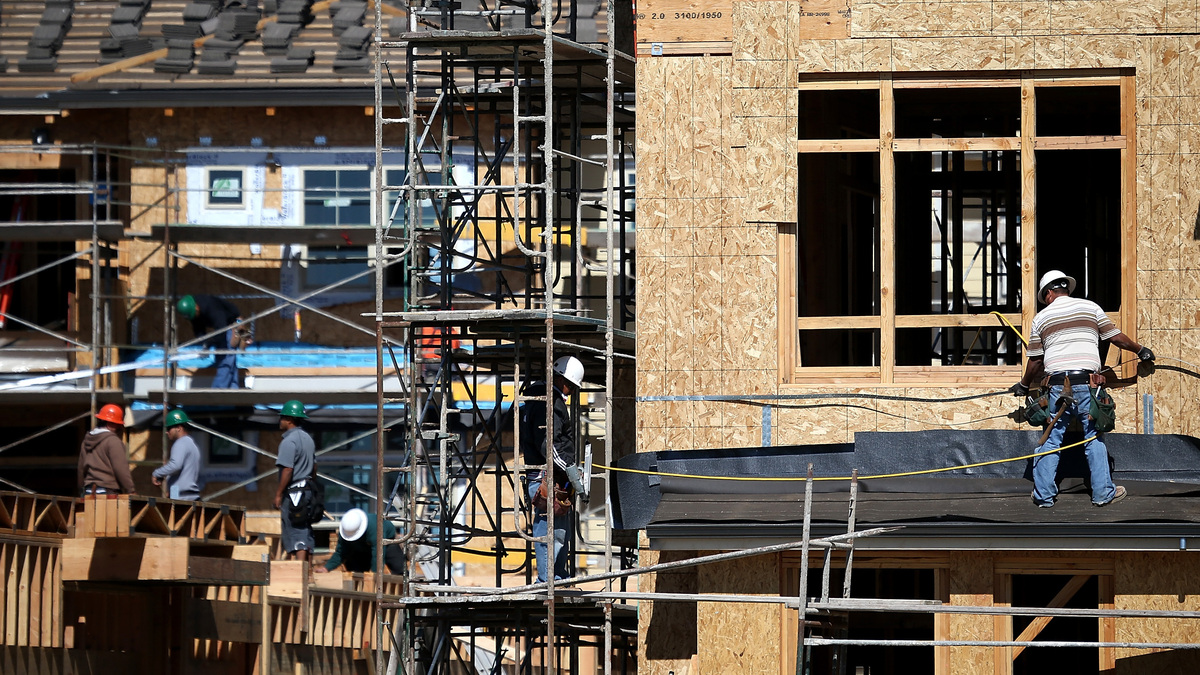 A construction site in San Mateo, Calif., earlier this month. There were 738 deaths of construction workers in the U.S. during 2011, the most of any single industry. The fatality rate per workers was higher, when taken together, in agriculture, forestry, fishing and hunting

Dying on the job continues at a steady pace according to the latest statistics from the Bureau of Labor Statistics (BLS).

The fatal injury rate for American workers dropped slightly in 2011 — the most recent year with reported numbers — from 3.6 to 3.5 deaths per 100,000 workers.

But 4,693 men, women and teenagers died at work. That's three more than the total number of lives lost on the job in 2010.

BLS says it's the third-lowest death toll since counting began in 1992. Worker safety groups find no comfort in the report, though. It comes as they and the Labor Department prepare to mark Workers Memorial Day on Sunday.

"These deaths were largely preventable," says Tom O'Connor, executive director of National Council for Occupational Safety and Health (COSH), an advocacy group formed by organized labor and workers safety advocates. "Simply by following proven safety practices and complying with [Occupational Safety and Health Administration] standards, many of these more than 4,600 deaths could have been avoided."

COSH has just released its own report on workplace deaths, which focuses on specific industries and incidents.

The vast majority of deaths involve white men in private industry. Nearly 2,000 died in "transportation incidents," including traffic accidents. Close to 10 percent of the workers killed were victims of workplace homicides. Notoriously dangerous work in agriculture, forestry, fishing and hunting took 566 lives — 24.9 deaths for every 100,000 full-time workers. The most deaths for any single industry were in construction, with 738. That was 9.1 deaths per 100,000 full-time workers.

The BLS report now lists fatalities among contractors and that's a first, according to a story by Jim Morris from the Center for Public Integrity. O'Connor told Morris that "the total death toll is far greater than what we see from a handful of catastrophic incidents. It seems that the public just sort of accepts that as a risk of going to work."

Workers Memorial Day events include the placement of empty and well-worn work boots to symbolize the lives lost at work, groups of spouses and children holding photos of loves ones, and readings of the names of victims.

"The fact remains that penalties for harming workers are often the cost of doing business for some employers," said Rep. George Miller of California, the ranking Democrat on the House Education and the Workforce Committee. "Congress needs to work together to increase these outdated penalties and give real teeth to the law so that workers and communities can remain safe while trying to make a living."

"Whether working on a factory floor, on an oil rig, or in a grain bin, our workers and their families need to know that they will be safe and protected at the workplace," said Harkin, the chairman of the Senate Committee on Health, Education, Labor and Pensions.

PAWA failed to gain enough support in Congress in the past in the face of industry opposition and congressional resistance to expanded government regulation.