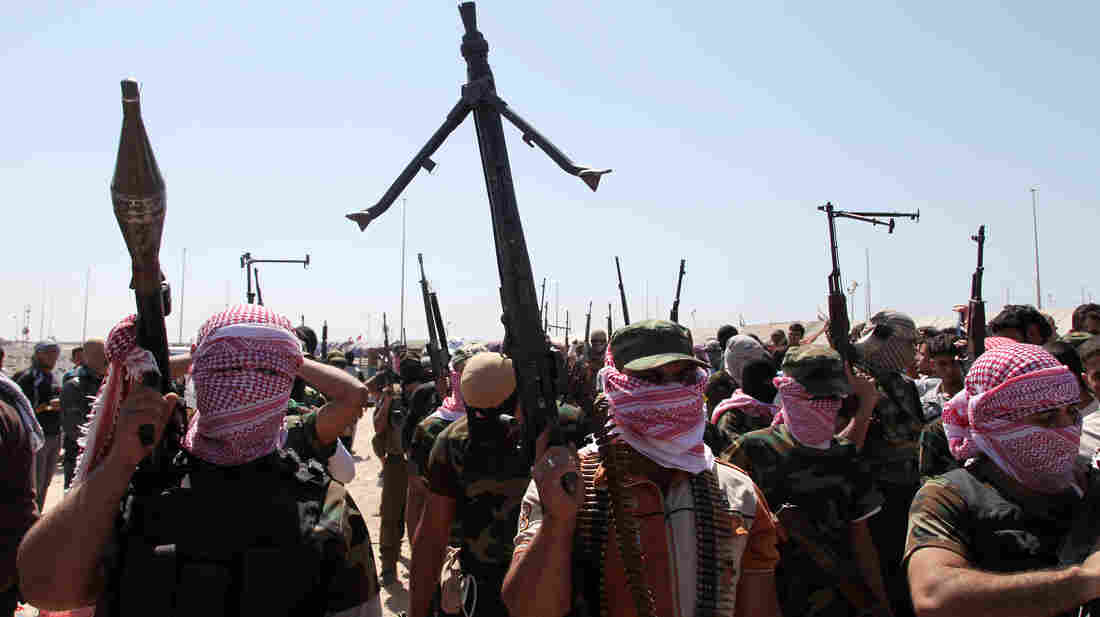 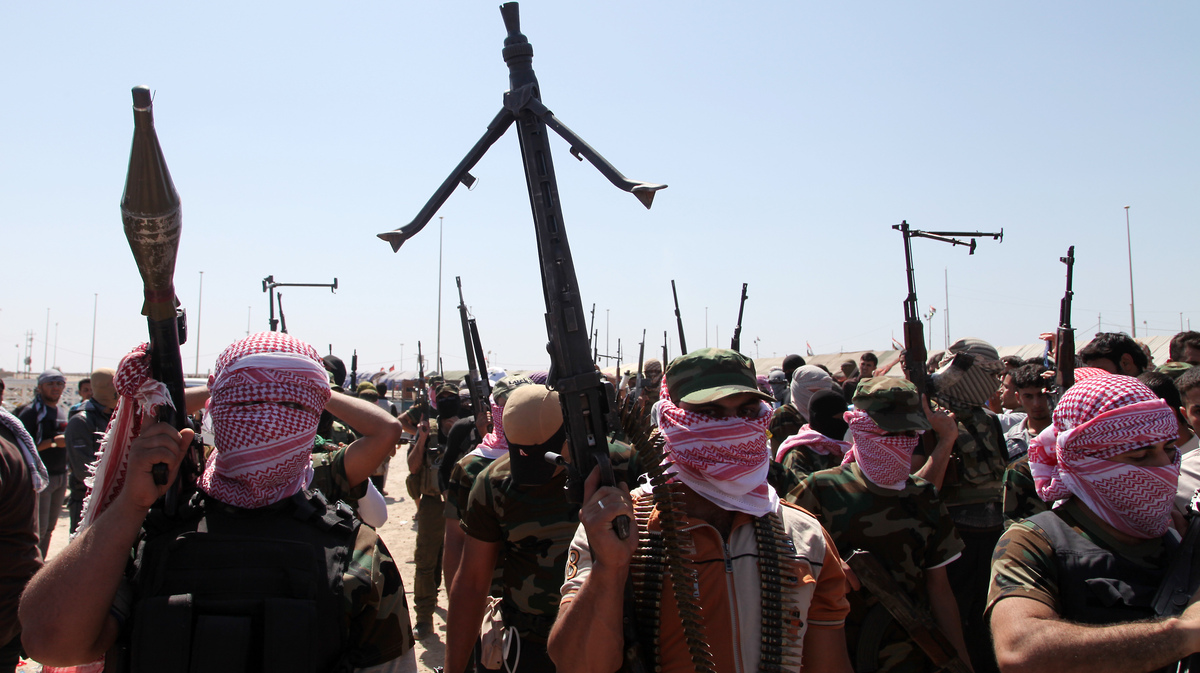 Iraqi anti-government gunmen from Sunni tribes in western Anbar province march during a protest in Ramadi, west of Baghdad, Friday.

Sectarian tensions are fueling violence and protests in Iraq, where more than 170 people have been killed since Tuesday, when government forces clashed with Sunni Muslim protesters at a demonstration camp in Hawija, near Kirkuk.

That incident left at least 23 dead, outraged Iraq's Sunni minority, and stoked fears among some Iraqis that their country is heading for a new civil war. Several deadly attacks have been staged on Iraqi soldiers and police this week.

"Everybody has the feeling that Iraq is becoming a new Syria," Mosul businessman Talal Younis, 55, told the AP Wednesday. "We are heading into the unknown. ... I think that civil war is making a comeback."

On Friday, Sunni protesters in Anbar Province announced that they will form their own military force, to be called the Army of Pride and Dignity — named for Pride and Dignity Square, in Anbar's capital of Ramadi, Reuters reports.

In Ramadi Friday, journalist Omar al-Saleh of Al Jazeera was present for a sermon announcing the army's formation. He describes a religious leader asking a crowd of tens of thousands, "Do you agree to sacrifice yourselves and defending your honor?"

With violence showing no signs of abating, Prime Minister Nouri al-Maliki called for peace in a speech on Iraqi TV, after 10 Iraqi military and militia members were killed in two separate attacks Saturday.

"Sectarianism is evil, and the wind of sectarianism does not need a license to cross from a country to another, because if it begins in a place it will move to another place," Maliki said, in remarks widely interpreted as implying that he believes the latest troubles have their roots in Syria.

U.N. special representative to Iraq Martin Kobler, who has condemned the violence at Hawija, said Thursday that civilian and government leaders must work together to calm Iraq's fraying society.

"I call on the conscience of all religious and political leaders not to let anger win over peace," he said, "and to use their wisdom, because the country is at a crossroads."