Accessibility links
Janos Starker, A Master Of The Cello, Dies At 88 : The Two-Way Cellist Janos Starker has died at 88, ending a life and career that saw him renowned for his skills as a soloist, his prodigious work with orchestras, and his commitment to teaching. Starker was born in Budapest in 1924; his path to international stardom included surviving a Nazi labor camp.

Janos Starker, A Master Of The Cello, Dies At 88 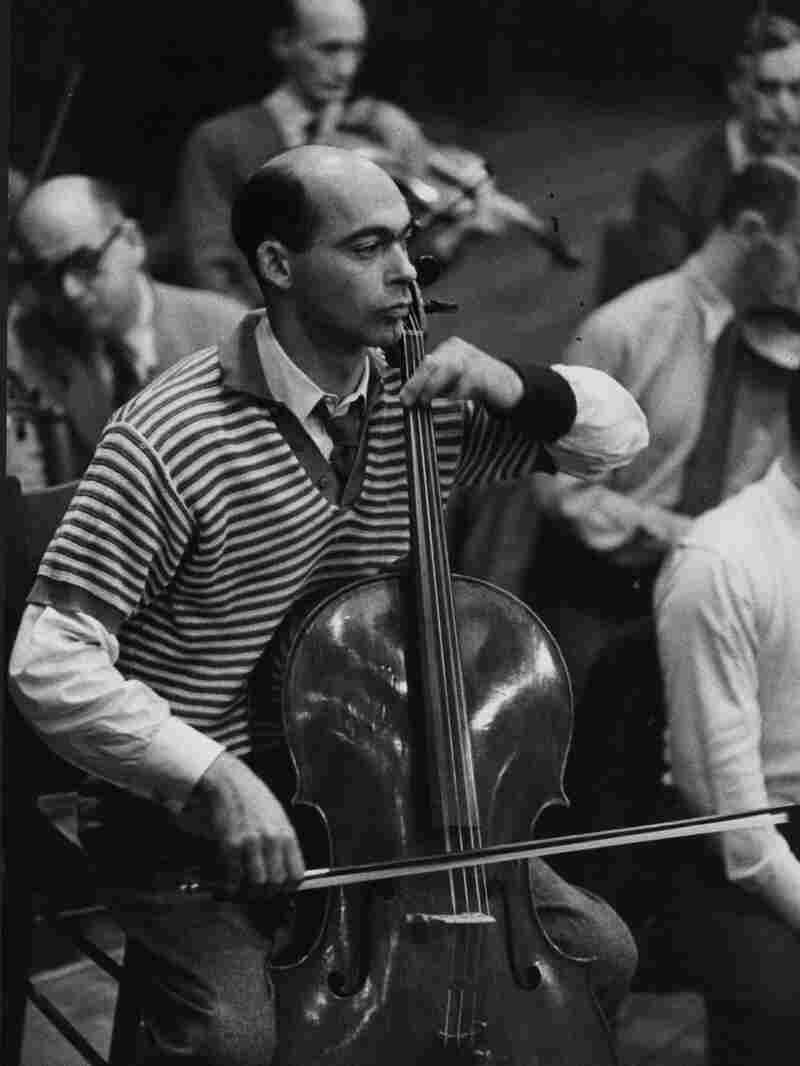 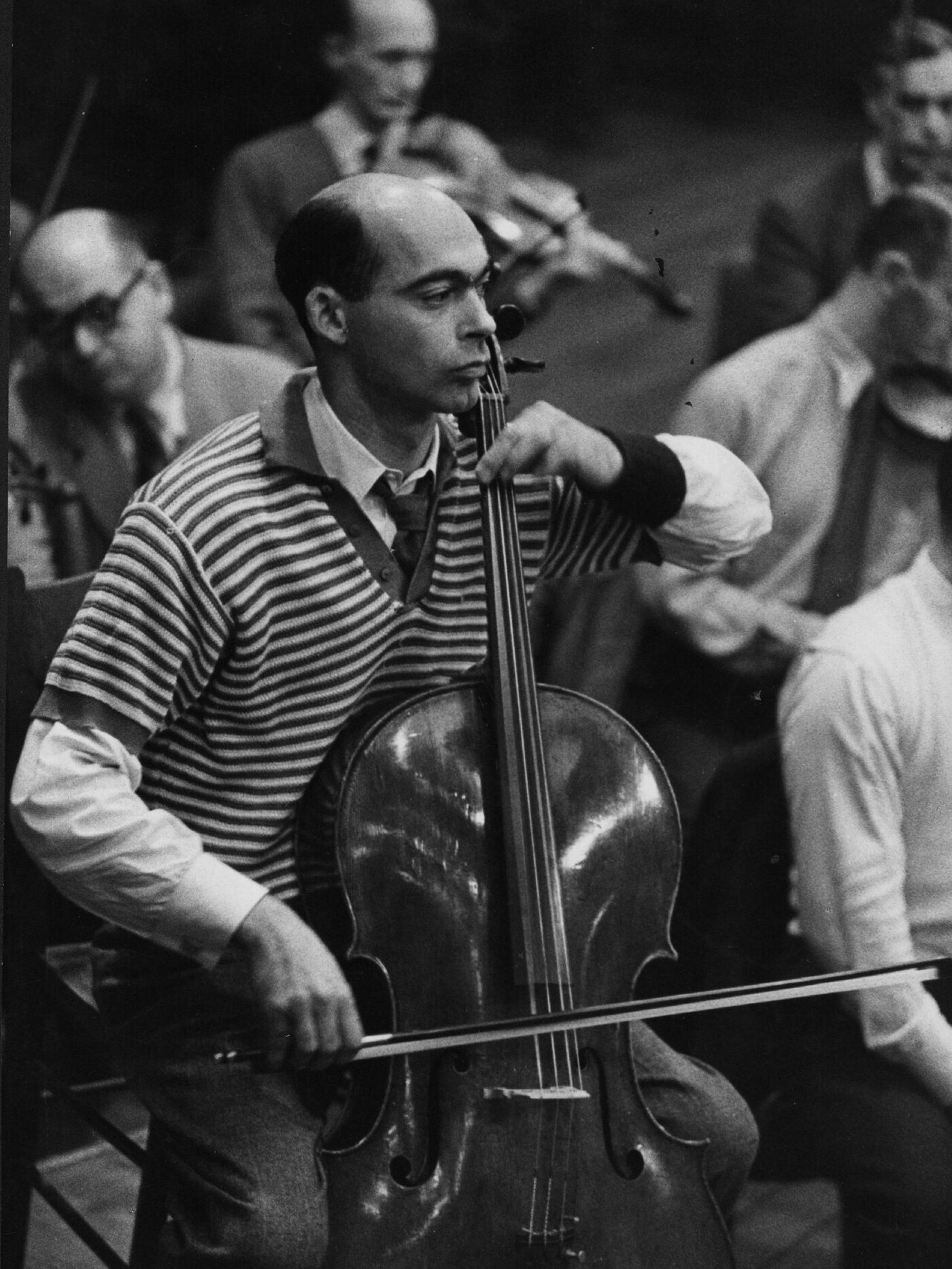 Cellist Janos Starker has died at 88, ending a life and career that saw him renowned for his skills as a soloist, his prodigious work with orchestras, and his commitment to teaching. Starker was born in Budapest in 1924; his path to becoming an international star included surviving life in a Nazi labor camp.

Prolific as well as talented, Starker's recording career spanned more than 50 years. His discography numbers more than 165 recordings, according to his former management agency.

"Among his most acclaimed discs are the Bach cello suites and the Dvořák concerto, both recorded for Mercury Living Presence," reports Limelight magazine, "and the 1992 Grammy Award winning recording of the Bach suites for RCA."

Starker died early Sunday, according to Indiana Public Media's Sara Wittmeyer, whose report on his death including this description of his love for music:

"It is part of our lives in a way that we cannot wake up in the morning and go through life without music and without having this essential aspect of it, that music means just as much as eating and drinking or living," Starker said.

Starker had a longstanding relationship with Indiana University, which was influential in helping him immigrate to the United States from Germany in 1948. He later joined the faculty at the school, where he became a fixture.

Starker achieved what many critics saw as technical perfection in his performances. A previous member of orchestras in Dallas, at the Metropolitan Opera, and in Chicago, he played thousands of concerts.

He famously once walked out on a concert after being told that he couldn't smoke a cigarette beforehand, as was his standard practice. Starker was famously fond of Scotch, as well. His artistry and his anecdotes inspired a 1980 People magazine profile, a piece titled "Janos Starker May Be a 'Cold Bastard' in Concert but He's Hot Stuff at Indiana University."

And all along the way, he taught. One of Starker's many students who went on to their own successful careers was Maria Kliegel, who studied with him in the 1970s.

In Strings magazine, Kliegel described what a Starker critique could be like:

"I played the slow movement of Haydn D major," she says. "When I finished, he was very quiet. He lit a cigarette and said very slowly, with a very deep voice, 'If you ever play so out of tune again, I will deny I was ever your teacher.'

"He knew how proud I was to be his student, so his comment affected me very strongly. I packed up my cello and left the room. There was nothing I could say. It was horrible, but he knew I could take it.... And I got the point. What he meant was that you never own good intonation. You always have to work for it."

As evinced by his wide-ranging book about music and life, The World of Music According to Starker, Janos Starker was a creative and inquiring spirit, and an irrepressible personality. A New Yorker review of the book notes how at the Met, "the conductor moved his seat to stop him ogling the women onstage."

A child prodigy, Starker was thrust into the spotlight when at age 15 he played Zoltan Kodály's Sonata for Solo Cello – "a piece known for being unplayable," as Wittmeyer writes.

Writing in the Jewish journal Forward in 2009, Benjamin Ivry said that Starker won fame for flawless performances, in which he played music that was both demanding and passionate, all while remaining stone-faced.

In a 2006 interview for Strings, Starker told Katherine Millett why he teaches:

"For the past 48 years I have been here, and for 37 of those years I was playing 100 concerts a year," he said. "Yet the most important thing for me is teaching. I was basically born to be a teacher. That's my temperament. No matter how great the ovation is after a concert, the people eventually sit down and stop applauding. But if you teach, you may affect generations.

"I have a historic hang-up... I am much more concerned with the future than with all the accolades I got for performing. I stayed alive when many other people, including my brothers, were killed in the war. The fact I stayed alive means it is a duty for me to do as much good as I can."

Starker is survived by his wife, Rae, whom he married in 1960, as well as two daughters and three grandchildren.