Accessibility links
Sen. Manchin Says Background Checks Bill Will Pass Next Time : The Two-Way The West Virginia Democrat says there was "some confusion" about the gun legislation when it failed to get enough votes in the Senate. So he's going to reintroduce the bill. It would expand background checks to sales made at gun shows and online. 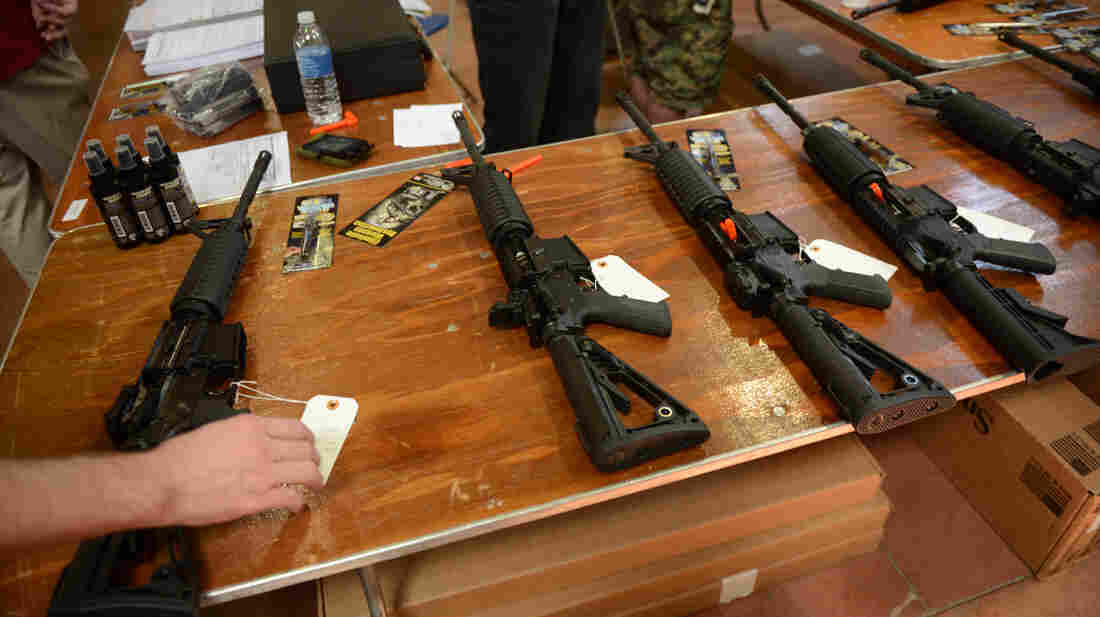 Firearms for sale at a gun show in Annapolis, Md., on April 14. Andrew Harnik /The Washington Times /Landov hide caption 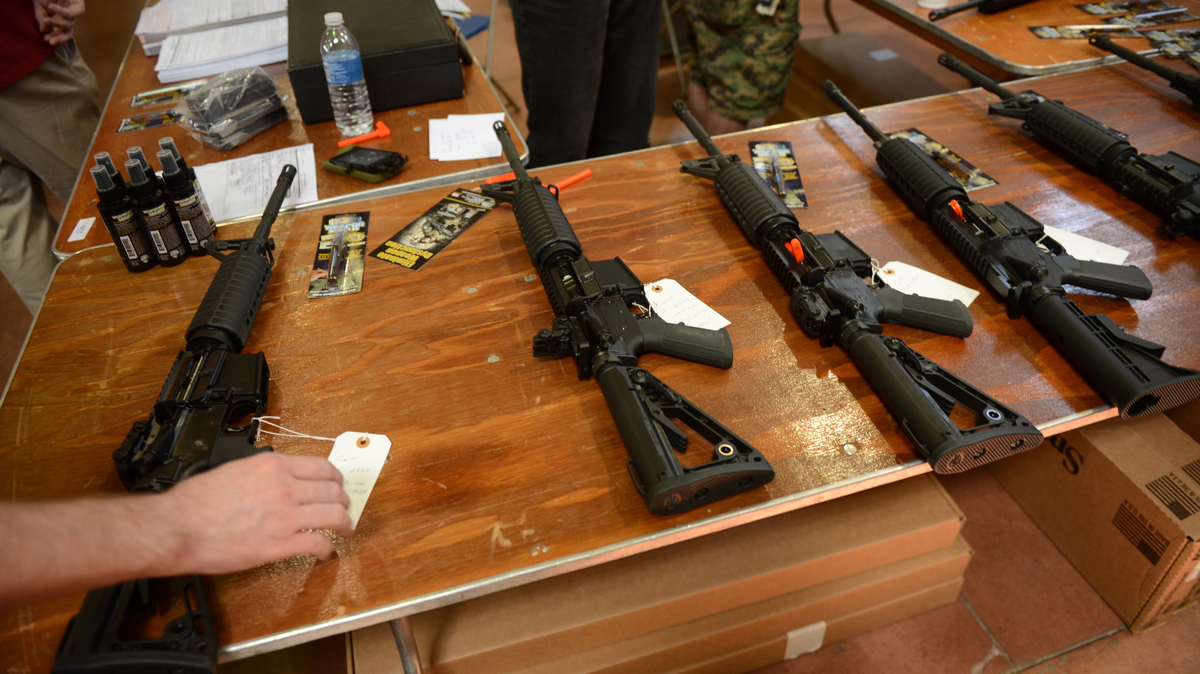 Firearms for sale at a gun show in Annapolis, Md., on April 14.

Sen. Joe Manchin says he's going to reintroduce his bill that expands background checks for gun purchases to sales made at gun shows and online, and he predicts that the second time around, it will get enough votes to move out of the Senate.

On Fox News Sunday, the West Virginia Democrat said he thinks there was "some confusion" about the bill when it came up for a vote in the Senate on April 17. That day, a 54-46 tally in favor was six votes shy of the number needed to move the measure forward.

The bill's supporters accused the National Rifle Association and others of spreading rumors that the legislation was the first step toward a national registry of gun owners. On Fox, Manchin said he's convinced that if senators read the bill closely they'll conclude it does no such thing — and that it not only "protects your Second Amendment rights, it expands your Second Amendment rights."

"The only thing that we've asked for is that people would just read the bill," Manchin added. "It's a criminal and mental background check strictly at gun shows and online sales. ... I've said this, if you're a law-abiding gun owner, you'll love this bill. If you're a criminal, if you've been mentally adjudicated through a court, you probably won't like it."

Manchin also said that his Republican co-sponsor, Sen. Pat Toomey of Pennsylvania, "is totally committed" to the legislation.