Accessibility links
Crazy Photo: Reporter Snaps Pic As Baseball Nearly Beans Her : The Two-Way At Fenway Park in Boston, Fox Sun Sports' Kelly Nash turned her back to the field to take a photo of herself. Just as she clicked, a baseball flew past the back of her head. The photo's amazing. 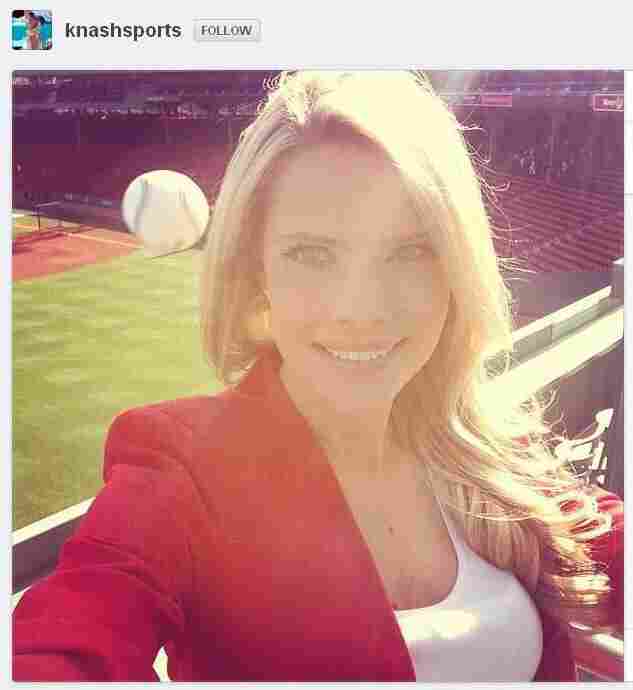 That's a baseball zooming in behind Kelly Nash's head. The image is from Nash's Instagram account, with her permission. @KNashSports hide caption 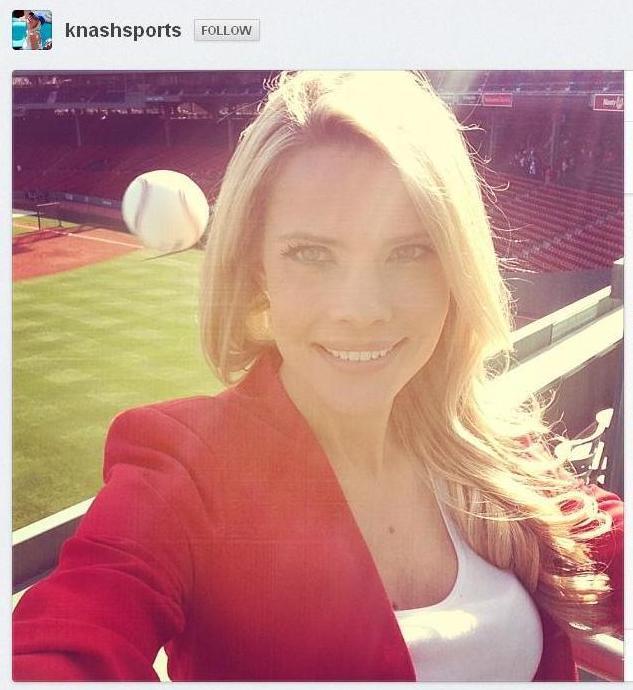 That's a baseball zooming in behind Kelly Nash's head. The image is from Nash's Instagram account, with her permission.

When Fox Sun Sports reporter Kelly Nash was at Fenway Park in Boston on Saturday to cover the Houston Astros' game with the Red Sox, she decided to take a few "selfie" photos while atop the famous Green Monster in left field.

Below, batting practice was underway. So some balls were flying in her direction. Nash turned her back to the field, held her smartphone up and started snapping.

And when she looked at one of the photos she'd just taken, Nash says, she discovered she'd come much closer to being beaned than she'd realized.

She posted the image of a ball flying by behind her head. Her caption: "Most dangerous selfie ever. That happened."

"I laughed pretty hard when I saw such a surreal picture that I had no idea I took," she said later, according to Fox. "I thought, you have got to be kidding me, maybe there are really angels in the outfield." (She says she had a DVD copy of the movie Angels in the Outfield in her briefcase.)

For skeptics, there's this from NBC Sports:

"People who try to Photoshop fake ones like that never do such a good job. But this one is real, as the interplay with witnesses and others on her Twitter feed make clear."