Accessibility links
High On Mount Everest, Climbers Clash With Sherpas : The Two-Way An argument between three climbers and Sherpa guides on Mount Everest reportedly devolved into a fistfight on the mountain, close to Camp III, at 24,500 feet. The Nepali Times calls it "the highest brawl in world history," as well as evidence of a culture clash. 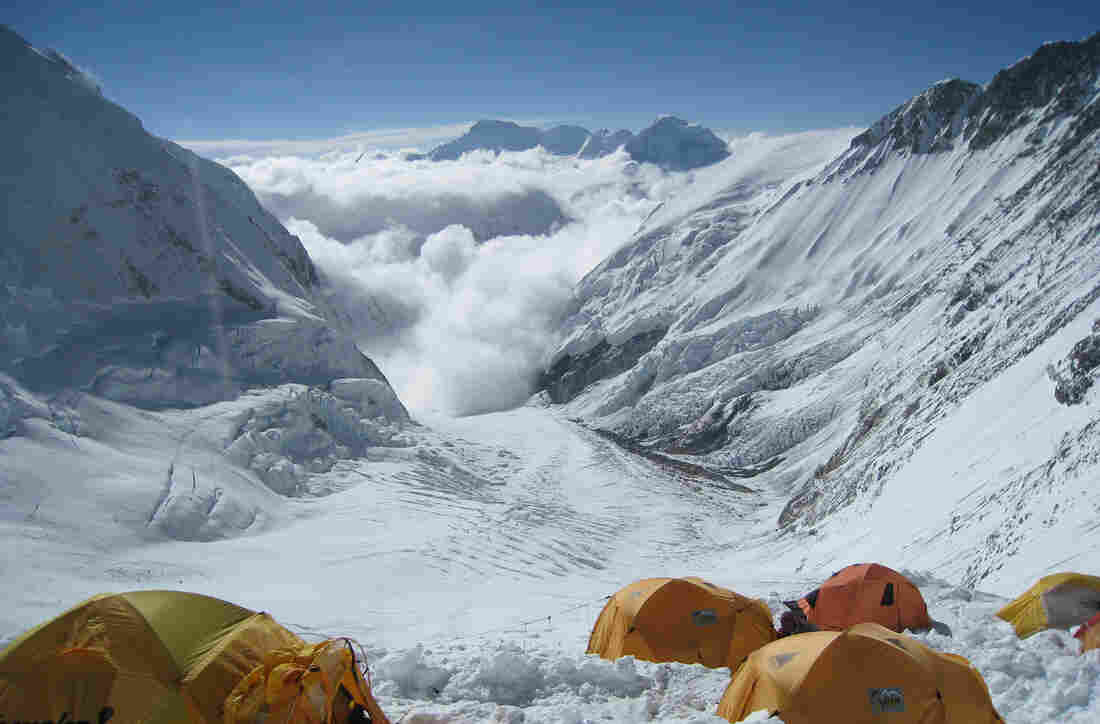 On Mount Everest, a fistfight allegedly broke out near Camp Three, between climbers and Sherpas. This file photo shows the view from Camp Three at 24,000 feet on the mountain's Lhotse Face. Courtesy of Alan Arnette/AP hide caption 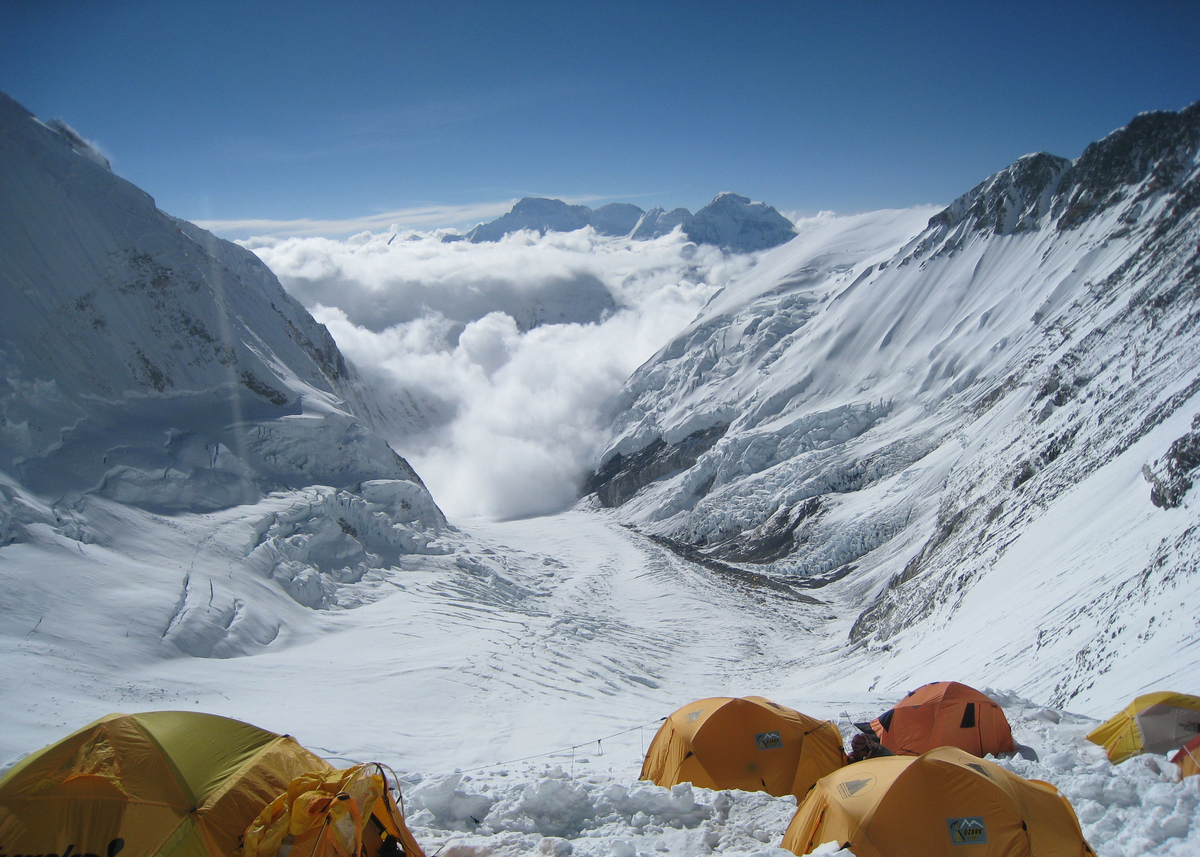 On Mount Everest, a fistfight allegedly broke out near Camp Three, between climbers and Sherpas. This file photo shows the view from Camp Three at 24,000 feet on the mountain's Lhotse Face.

Three climbers have halted their expedition on Mount Everest, after an argument with the Sherpas who were guiding them devolved into an alleged fistfight on the mountain.

The climbers say they were close to Camp Three, which is located at 24,500 feet, when 17 Sherpas accused them of kicking ice down onto them while the guides were working to set up ropes for the next part of the ascent. A dispute ensued, reportedly culminating in a crowd of 100 Sherpas confronting the climbers after they retreated to Camp Two.

At Camp Two, the climbers say, the Sherpas punched and kicked them, as well as throwing rocks and threatening to kill them if they did not leave the mountain.

The expedition included Italian Simone Moro and Swiss Ueli Steck; both of them have previously climbed Everest. British climber and photographer Jonathan Griffith was also in the group. In a statement posted on his website, Moro told his side of the story. It includes this version of events:

"The Sherpas said that the reason they attacked the climbers was because they had knocked ice down on a Sherpa below. As it stands no Sherpa has come forward to show any injury. Furthermore on an ice face getting hit by chunks of ice is a very natural occurrence. The climbers believe that the lead Sherpa was tired and cold and felt that his pride had been damaged as the three climbers were moving unroped and much faster to the side of him."

An American bystander who witnessed some of the events tells the Agence France-Presse, "The Sherpas told the team not to climb above them while they were fixing the ropes but they did it anyway. Then some ice fell and hit the Sherpas, which made them angry."

Of the alleged attack at Camp Two, the witness said, "It was terrifying to watch — they nearly got killed."

Police in Nepal are investigating the incident, which occurred Saturday. The Nepali Times calls it "the highest brawl in world history," as well as evidence of a culture clash.

The AFP says that a meeting between some of the climbers and the Nepalese guides may have cleared the air Monday.

"Both parties apologized to each other and ended the meeting amicably," Nepalese tourism official Surendra Sapkota told the AFP.

We first noticed the story at Outside magazine's site, which reminds us that early reports about incidents on Mount Everest "are often murky or incorrect when first filed."